They were two of the biggest stars of the ’80s and ’90s and yet it’s hard to believe that Sylvester Stallone and Kim Basinger had never worked together before 2013 ‘s “Grudge Match”.

But get this, we were this close to seeing Sly snuggle up with Vicky Vale in a big-time cool-ass monster movie in the ’90s! This close… 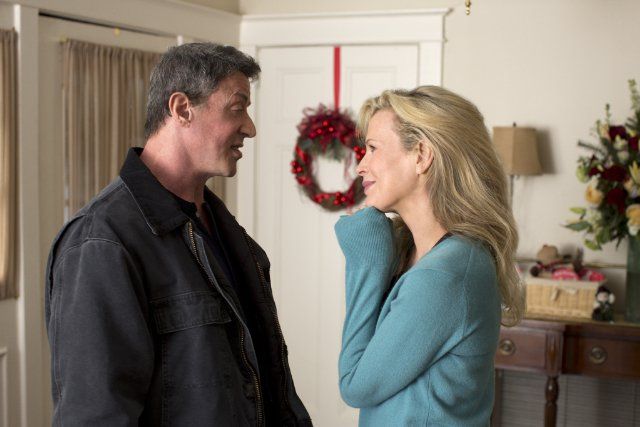 In the late ’80s, Ridley Scott was developing a monster-on-a-train flick titled “Dead Reckoning”.  The film, a Jim Uhls scripted horror-thriller pitting the leads against a genetically created monster that gets loose on a runaway train, was set up with Carolco and “Lethal Weapon” producer Joel Silver.  H.R Giger, who had designed the creatures for Scott’s 1979 sci-fi classic “Alien”, was already hard at work on monster designs for the film.  Soaked. Soaked.

“The creature was a humanoid with a genetically-altered brain that was intended to be used as the ‘hard drive’ in an artificial intelligence project,” Uhls told David Hughes in his book, Tales From Development Hell.

Scott quit the project over creative differences – one can almost imagine – with the producers. They brought in newcomer Roland Emmerich (who would instead go on to direct “Universal Soldier”) to replace the “Alien” director on the project, and lured Sylvester Stallone and Kim Basinger to the project.

Stallone, then fresh from the fifth “Rocky”, and Basinger, still a big name thanks to her dazzling turn in Tim Burton’s “Batman”, would ideally be the gas to get the engine moving. Further, Walter Matthau and Jim Belushi had been cast in supporting roles.

The film, by now boasting rewrites by Dean Devlin and Steven de Souza, and retitled “The Train”- and soon after that, “Isobar”, just couldn’t catch a break though.

Nobody could settle on the script, let alone a look for the monster, and the $90m project fell apart. Sigh.  Every couple of years there’s talk that Silver is shopping the project around again (Carolco went bankrupt went in 1995 so they’re no longer involved), so maybe, just maybe, we’ll see the film come to fruition one day-  –  movie gods, whatcha think!?

Interestingly enough, Giger would use some of his designs from the film for “Species” (1995). Remember this?