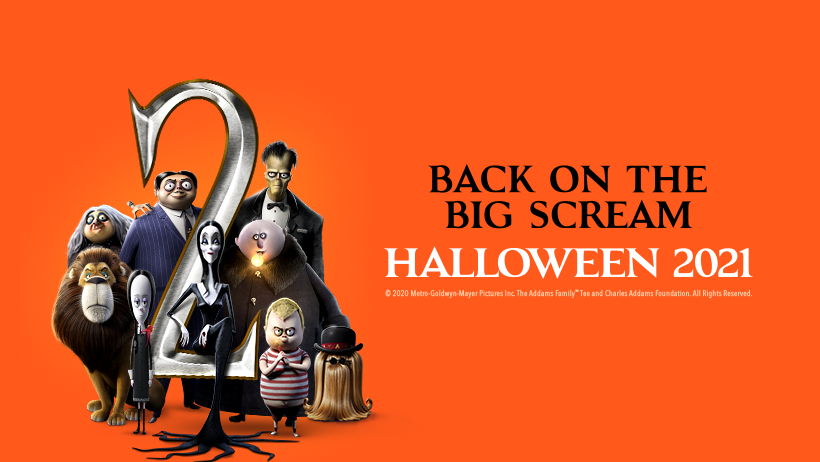 Said Tiernan: “The success of last year’s animated film was proof of the enduring legacy of The Addams Family and its ability to transcend popular culture. This second film will be every bit as fun as the original. We are thrilled to welcome Bill Hader and Javon Walton, and to welcome back our incredible original cast for this exciting next chapter in the Addams’s journey.”

Additionally, an ”Addams Family” superfan will have the exciting and unique opportunity to voice a yet-to-be-named character in the film by entering The Addams Family Voice Challenge. The global voiceover contest runs from October 8th to November 4th in select markets. Interested applicants can visit www.AddamsVoiceChallenge.com to learn more about how to apply.

Everyone’s favorite spooky family is back in the new animated comedy sequel ”The Addams Family 2”. In this all new movie, The Addams get tangled up in wacky adventures and find themselves involved in hilarious run-ins with all sorts of unsuspecting characters. Always staying true to themselves, the Addams Family brings their iconic spookiness and kookiness wherever they go. The film is produced by Gail Berman, Conrad Vernon, Danielle Sterling and Alison O’Brien. Executive Producers are Jonathan Glickman, Cassidy Lange and Andrew Mittman. Laura Brousseau and Kevin Pavlovic will serve as co-directors alongside Tiernan.