Zack Snyder says the upcoming elongated, tweaked “Justice League”  – affectionately known as ‘The Snyder Cut’ – will likely be a hard-R.

“The movie is insane and so epic and is probably rated R – that’s one thing I think will happen, that it will be an R-rated version, for sure. We haven’t heard from the MPAA, but that’s my gut. There’s one scene where Batman drops an F-bomb. Cyborg is not too happy with what’s going on with his life before he meets the Justice League, and he tends to speak his mind. And Steppenwolf is pretty much just hacking people in half. So [the rating would be due to] violence and profanity, probably both.”

Maybe the reshoots are a flash-forward sequence set in 2020, explaining why Batman would need to drop an F-Bomb in a superhero flick? Gotham City’s probably frickin’ muck with corona, too. 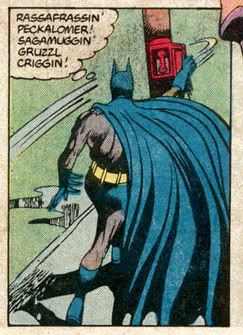 Snyder says he’s also hoping the film gets some kind of theatrical bow.

“I’m a huge fan and a big supporter of the cinematic experience, and we’re already talking about Justice League playing theatrically at the same time it’s coming to HBO Max. So weirdly, it’s the reverse [of the trend].”

“It felt like a pretty bold move and that maybe the implication wasn’t 100% thought out. I feel like there’s a lot of people panicking during COVID. I hope that, in the end, that’s what this was – some sort of knee-jerk to COVID and not some sort of greater move to disrupt the theatrical experience.

I thought we were kind of already getting very close to the ideal theatrical window where you still had marketing material out there and you hadn’t forgotten about the film by the time it came out on DVD or streaming. I thought we were starting to hone in on that sweet spot, but this kind of throws a monkey wrench in the works.”