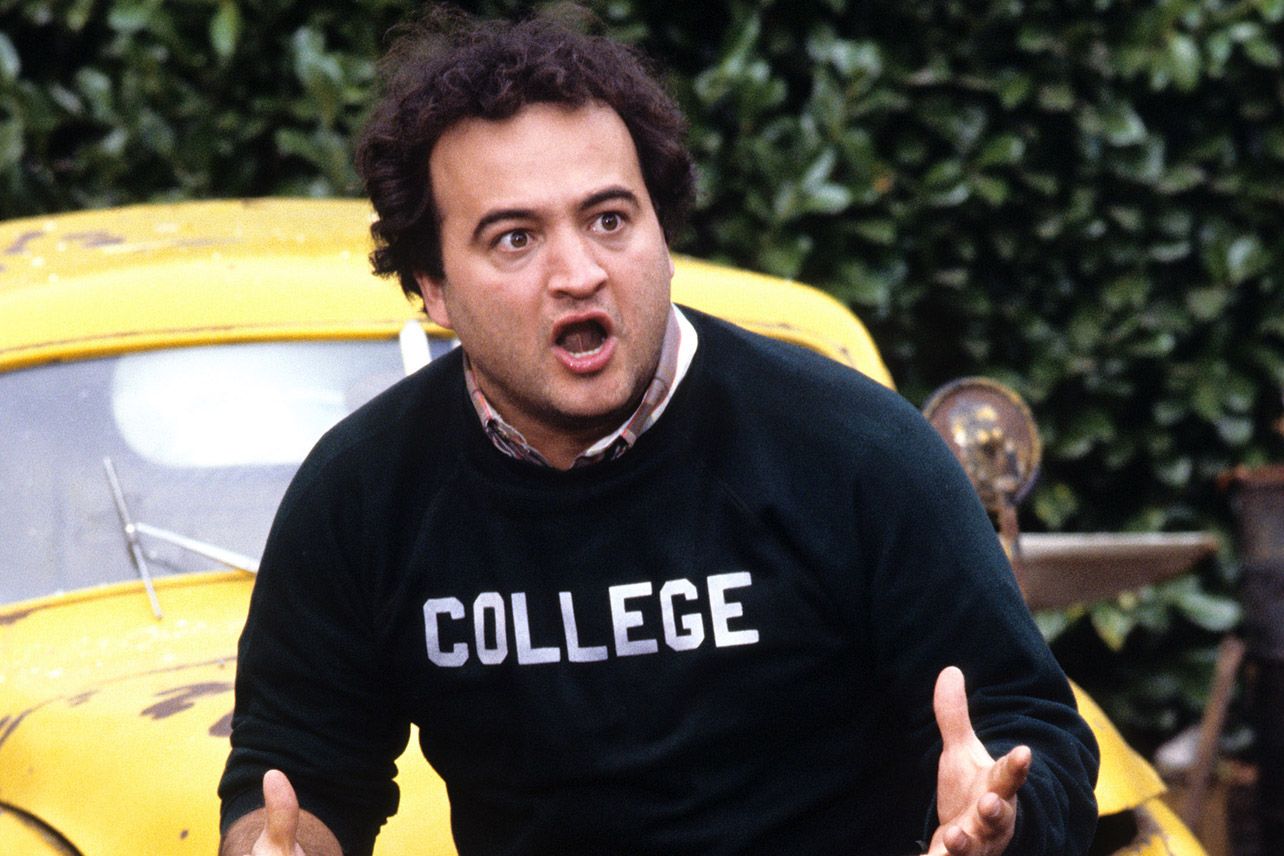 He was the first movie star of MY generation. Springing almost seemingly from nowhere he appeared on my television one late Saturday night and remained there for five years, giving my friends and I unending laughs and so many catch phrases – “but NO!” – to take us all the way through high school. He made hit films, inspiring an amazing Toga Party at my house that is still part of Tampa’s legacy. He is John Belushi, the subject of an incredible new documentary airing this Sunday, November 22, on SHOWTIME.

Told though audio interviews with many of the people who knew him best, ‘Belushi” introduces us to a young man that was seemingly born with a will to succeed. As a young boy he would entertain his neighbors, had a successful band and was King of his high school prom. When he and a couple of friends form their own imrov group it isn’t long before they are asked to audition for the prestigious Second City Comedy Troupe. He becomes the first person to audition for the group and be asked to join the First Stage group, not learn the ropes in the touring company. This leads to New York, the National Lampoon show “Lemmings” (and their weekly radio show) and, eventually, “Saturday Night Live,” which my friends and I all watched in my living room the night it premiered. Soon came Hollywood, albums and fame but sadly the demons also came along with them.

The son of Albanian immigrants, John’s father came to America with dreams of becoming a cowboy. Instead, he settled his family in Wheaton, Illinois and opened a restaurant. Both of his parents were ashamed of their accents but John and his brothers and sisters loved America and set out to find their dreams. When he meets Judy Jacklin at high school (their first date is the senior prom) he finds someone who loves him unconditionally. The film highlights many letters that John sent to Judy throughout his life. Whether they contained good career news, or his heart breaking words while dealing with his various addictions, the love he has for her is front and center. Conversations with Judy, and best friend Dan Aykroyd, reveal the John Belushi nobody really knew and the ache in their voices when they explain they did all they could do to save him from his demons is real. After the release of their last film together, “Neighbors” – a film that was not loved by critics – Aykroyd describes talking to Belushi and finding him “sad and defeated.” Aykroyd informs John that he is writing their next project and that it will be a success. That film was “Ghostbusters.”

But “Belushi” is also a testament to the man’s talent. Early performance clips, including his audition tape for “Saturday Night Live,” show a man

Full of love and humor John only wanted to share both with people. In 1978 John Belushi did something no other entertaining ever did. In one week he not only starred in the No 1. Show on television – “Saturday Night Live” – but also in the No 1. Film that week, “National Lampoon’s Animal House.” To add to this historic achievement, he also, along with Aykroyd, had the No 1 Album in the country – “Briefcase Full of Blues” – with the Blues Brothers. Through the audio interviews, we hear from many people that knew John best, from his mother and brother, Jim, through people that worked with him over the years, including Chevy Chase, Harold Ramis, Joe Flaherty, Penny Marshall, Carrie Fisher, Richard Zanuck and Lorne Michaels. It is these performances that are the highlight of the film. I have always maintained that John Belushi would have had a career similar to Robin Williams. Both men had unlimited range and talents and I would not have been surprised if Belushi won an Oscar one day. Sadly, we will never know what joys John Belushi could have given us. But the ones he left us in a single decade of work are much more than most performers leave in an lifetime.

Continue Reading
You may also like...
Related Topics:Belushi, John Belushi

Jiu Jitsu Review : if it bleeds, we can kick it
What Lies Below review : Dear diary, my step-dad might be an eldritch horror!
Advertisement