The first official still from Ridley Scott’s “House of Gucci” has been released. Lady Gaga (Patrizia Reggiana) and Adam Driver (Maurizio Gucci) star in the film, which tells of the tumultuous Gucci family fashion dynasty and the murder of founder Guccio Gucci’s grandson Maurizio Gucci. The film releases in November. 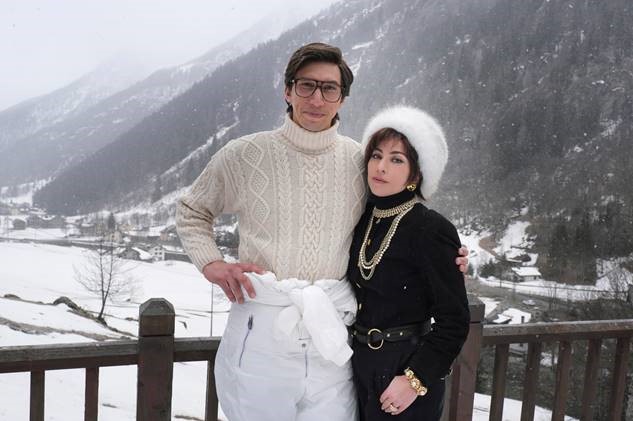 “The team was blown away by this pilot and its enormous potential to become a big, binge-worthy hit, and our new structure enables us to move it to Peacock and give it every opportunity to make that happen,” said Susan Rovner, Chairman, NBCUniversal Television and Streaming. “Our ability to pick up a great show is no longer limited by the confines of a network schedule, giving us the freedom to say ‘yes’ to shows we love and then find them the perfect home across our portfolio.”

“I’m absolutely thrilled to be working with Ron and Brian again on another Langdon project,” said Dan Brown. “We’ve all wanted to make ‘The Lost Symbol’ for some time now, and I’m grateful to CBS Studios, Imagine Television Studios, Universal Television and Peacock for joining forces to make this project a reality. Dan Dworkin and Jay Beattie have written a phenomenally captivating script, and the casting and performances are pitch perfect.”

Based on Dan Brown’s international bestselling thriller “The Lost Symbol,” the series follows the early adventures of famed Harvard symbologist Robert Langdon, who must solve a series of deadly puzzles to save his kidnapped mentor and thwart a chilling global conspiracy.

Elizabeth Banks will direct a new Bear-centric thriller for Universal and producers Phil Lord and Chris Miller. Based on a true story, as reported in 1985 by The New York Times, was that a 175-pound black bear consumed the contents of a duffle bag filled with more than 70 pounds of cocaine that was dropped from an airplane by a local drug smuggler, Andrew Thornton. The bear was later found dead of an apparent drug overdose. [More…]

Steven Spielberg’s next will be an untitled pic at Amblin Partners that is loosely based on his childhood growing up in Arizona. “Greatest Showman” alum Michelle Williams is in negotiations to star in a major role inspired by his mom ”but with a separate and original voice”. Spielberg will co-write the script with Tony Kushner. [More…]

The new rom-com “Ticket to Paradise”, starring Julia Roberts and George Clooney, will reportedly film in Australia. The pic, one of many big hollywood blockbusters being ported over from Hollywood, will begin filming in the Whitsundays, on the Gold Coast and in Brisbane later this year. [More…]

Though only six chapters of it have been announced, “Justice League” director Zack Snyder says his ‘Snyder Cut’ will actually include seven – the latter being an epilogue called “A Father Twice Over”. [More…]

Disney CEO Bob Chapek told listeners on an investor call today that it is still the plan to release “Black Widow” in theaters May 7.

“Next up is Marvel’s highly-anticipated spy thriller, Black Widow, featuring an all-star cast that includes Oscar Nominee Scarlett Johansson currently set for release in theaters on May 7. I know Marvel fans have been looking forward to this film for a long time and I promise you it’s well worth the wait. It’s absolutely fantastic.”

A new report suggesting that Marvel is scouting for a “a thirty year-old Caucasian man, who is described as both a super hero type and a Zac Efron type” to play Adam Warlock in James Gunn’s third “Guardians of the Galaxy” movie is apparently false, according to the director.

There is no casting underway for Vol. 3. And in what world would I only cast a “Caucasian” if the character has gold skin? And if I wanted a Zac Efron type wouldn’t I go to Zac Efron? Where do you get this nonsense? https://t.co/dxZJUMvtVs

A first look at the Stephen Amell (“Arrow”)-starring wrestling series “Heels” has been released.