Sam Heughan, Priyanka Chopra Jonas and musician Celine Dion will star in Screen Gems’ romantic drama “Text for You”. Jonas stars as a despondent widow who tragically lost her fiancé and has started texting his old number again. Receiving the messages is Heughan’s character, who now has that number and is going through similar heartbreak. The two will reportedly fall in love thanks to the music and influence of Dion [More…]

Mohamed Diab will direct Disney+’s “Moon Knight”, the Marvel series for Disney+ based on the comic book hero. “Star Wars” alum Oscar Isaac is set to play the title character Moon Knight, aka Marc Spector, a mercenary who has numerous alter egos — cabbie Jake Lockley and millionaire playboy Steven Grant — in order to better fight the criminal underworld. But later he was established as being a conduit for the Egyptian moon god Khonshu. [More…]

Though they did speak to the streamers about possibly acquiring 007 effort “No Time to Die”, and Netflix reportedly offered up to $700 million to nab the long-delayed theatrical, MGM ultimately opted to keep the film on their theatrical release calendar for 2021. [More…]

Matt Damon, forever immortalized in teen comedy-ville from that scene-stealing cameo in “Euro Trip”, will make an unbilled appearance in Steven Soderbergh’s next movie. The “Bourne Identity” actor is the latest name aboard HBO Max crime thriller ”No Sudden Move”. The pic is set in 1955 Detroit and centers on a group of small-time criminals who are hired to steal what they think is a simple document. When their plan goes horribly wrong, their search for who hired them – and for what ultimate purpose – weaves them through all echelons of the race-torn, rapidly changing city. Ed Solomon wrote the screenplay and Casey Silver is producing. [More…]

Seth Rogen and Rose Byrne, co-stars in the “Neighbors” series of films, will reunite for a new 10-episode comedy at Apple. “Platonic” explores the inner workings of platonic friendship. A pair of former best friends who met in their youth (Byrne and Rogen) reconnect as adults and try to mend the rift that led to their falling out. As their friendship becomes more consuming, it destabilizes their lives and causes them to reevaluate their choices. Nick Stoller will write and direct [More…]

“Child’s Play” director Lars Klevberg will helm “Be My Eyes”. Scripted by Jud Cremata and being rewritten by Jeff Buhler, the Sam Raimi-produced thriller follows a law student who volunteers to receive anonymous video calls from blind people through an app to help them “see” and do simple tasks. One night, she is pulled into a race against time when she gets a terrifying call from a blind woman in the midst of an abduction. [More…]

Jennifer Lopez and Armie Hammer will star in Lionsgate action comedy “Shotgun Wedding”. Ryan Reynolds, who was originally set to co-star, remains on as an EP. The Jason Moore directed film sees Lopez and Hammer play a couple hosting a destination wedding with their lovable but opinionated families, only for the couple to get cold feet and for the entire wedding party to be taken hostage, forcing the couple to save their loved ones before they get at each other’s throats. Mark Hammer and Liz Meriwether wrote the screenplay. [More…]

Sid Gentle Films is teaming with Copperheart Entertainment, producers of the ”Ginger Snaps’‘ trilogy of films, on a TV series adaptation. Anna Ssemuyaba will write. “I have long been a fan of the brilliant original. It’s just the kind of twisted, provocative and wildly entertaining story that we love at Sid Gentle,” said Woodward Gentle. “It’s been 20 years since the world was introduced to the iconic teen girl werewolf and we can’t wait to re-introduce her to already devoted and eager new horror fans alike.” [More…] 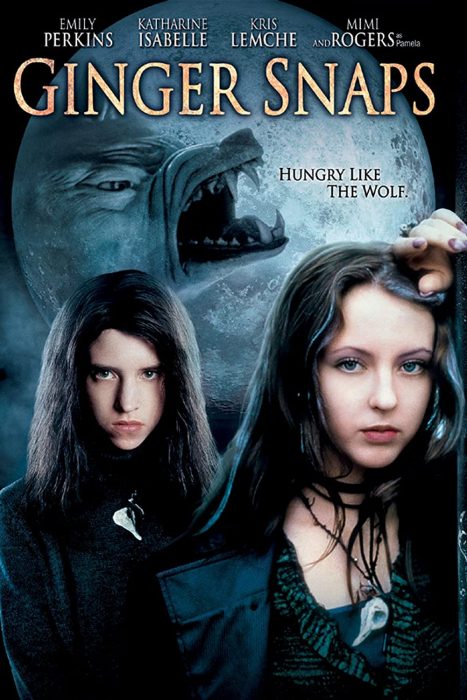