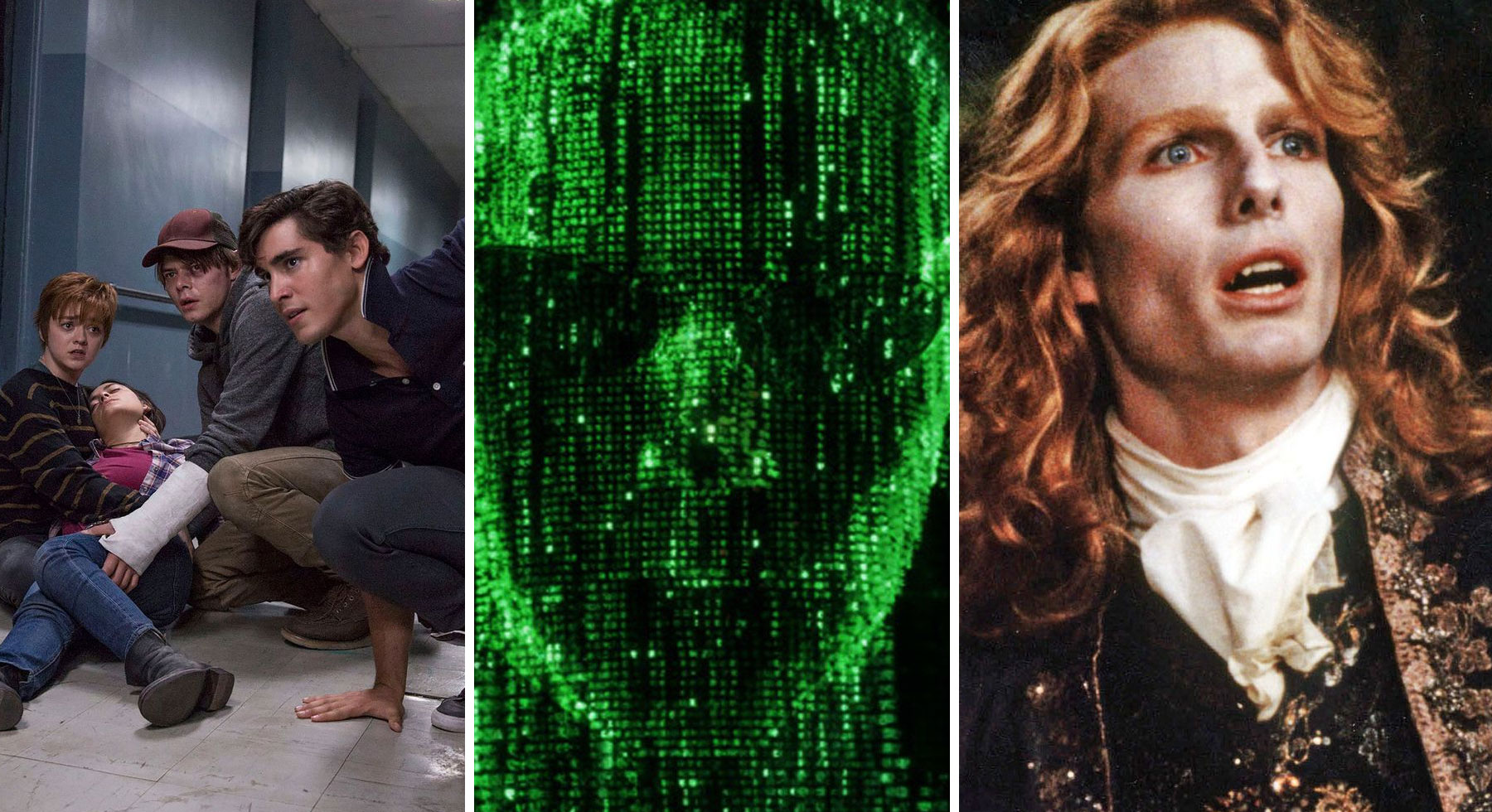 “The New Mutants” won’t go be going direct-to-the-telly after all! The crusty old superhero pic has been skedded for an August 28 theatrical by the house of Mouse. Not bad for a 3-year-old film to be so heavily anticipated, right!? *crickets*
While it’s not yet known if L.A and NYC theaters will be opened by August there’s still a helluva lot of other cities that are slowly re-opening their cinemas – so you won’t have far to drive if you do want to see a 50-foot Mutant.

Production on next year’s “The Matrix 4” will resume in July, according to the trades. The Keanu Reeves-starrer (though I’m betting his role isn’t as big as we expect it to be – spoiler, spoiler, spoiler!) will shoot for another eight weeks as a result of the damn Bat-virus playing havoc with it’s shooting schedule. The movie is still on track for a 2021 release. [More…]

Russell Crowe will follow up July’s “Unhinged” with “American Son,” Paramount’s redo of French film “A Prophet.” Andrew “Rapman” Onwubolu is on board to direct the movie from a screenplay by Dennis Lehane. Neal H. Moritz and Toby Jaffe are producing through Original Film. The thriller centers around a man, who, after falling under the control of a ruthless mobster (played by Crowe) while in prison, builds a multiracial crime syndicate, takes down his mentor, and earns a place for his crew alongside the Italian and Russian mafias. [More…]

“Black Christmas” helmer Sophia Takal has signed to direct Netflix sci-fi thriller “Where I End”, ”which is set in a world where your memories and life can be saved, uploaded to a computer and restarted in the case of your untimely demise. The project follows a husband that returns from the dead, suspecting his loving wife may have been involved in his death. He must uncover the truth before it’s too late. ”. [More…]

Anne Rice’s “Vampire Chronicles” series has landed at AMC. AMC Rolin Jones (”Friday Night Lights”, HBO’s upcoming ”Perry Mason)”, who recently signed an overall deal with the cabler, will be involved in developing projects from the Rice catalog for TV. The author and her son, Christopher Rice, will be executive producers of all TV and film projects that result from the deal.
“There is no shortage of content in today’s competitive environment, but proven IP that has captivated millions of fans around the world is something very special and rare, and that is what Anne Rice has created,” Sarah Barnett, president of AMC Networks Entertainment Group and AMC Studios, said Wednesday in a statement. “These remarkable stories and characters are massive in their appeal, and we are privileged to take over stewardship of these legendary works and collaborate with a talent like Rolin Jones to find ways for new generations of fans to experience these worlds.”

Jimmy Smits and Alistair Petrie are rumored to reprise their roles from “Rogue One” for the upcoming “Star Wars” series “Cassian Andor”. Smits would reprise his Bail Organa, while Petrie would be back as General Draven.

🚨EXCLUSIVE🚨 : Jimmy Smits (Bail Organa) and Alistair Petrie (General Draven) are in talks to return for the Cassian Andor series!