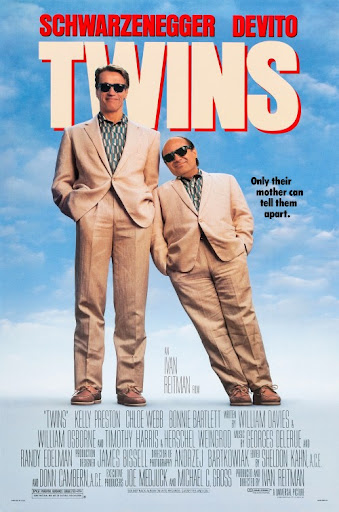 The long-gestating sequel to ‘80s comedy “Twins”, aptly called “Triplets”, isn’t progressing too fast but according to star Danny DeVito, they’ll eventually get it going.

DeVito, in the UK to promote his role in Disney’s “Dumbo”, told TV’s Jonathan Ross (via The Daily Mail) that while he and Arnold Schwarzenegger are very keen to do the follow-up to the Ivan Reitman-directed hit they haven’t seen a screenplay they like.

“We’re talking about doing Triplets. If you remember Twins there was a cocktail, we mixed it together and then you wound up with these two gene pools, Arnold and I.  It was a strange little movie. We figured you could probably have another portion of that cocktail turn into somebody else. One of the ideas that was floated around was Eddie Murphy. So it would be Arnold and Eddie and I. He’s a fun guy.”

Adds the 74-year-old actor, “Everybody would be up for it. The main thing is you have to have a screenplay. We’re looking. We’re figuring it out.”

The most recent draft was penned by actor Josh Gad and co-captain Ryan Dixon.

In a Reddit chat a few years back, Gad revealed that the script was well-received but he got the feeling Universal, the studio behind the picture, weren’t convinced it was a good idea.

“The script is actually done. Everybody agrees that it’s great. We wound up doing two drafts. Universal, I think, hit the pause button temporarily for whatever reason – internally I think they are trying to figure out if they want to do a sequel or not.

“I would say if there’s an outpouring of affection, that may move the needle, but I think it’s on hold right now. But everybody read the script and loved it, so I hope it sees the light of day at some point. It’s there and in great shape.”

In the script, Murphy would play a newly-discovered triplet to Schwarzenegger and DeVito’s characters.

“Well, the lives have changed in that the two of them find themselves at a major crossroads where they’ve sort of grown apart over the years and what winds up bringing them together is a 3rd brother they never knew they had who could potentially be played by Eddie Murphy…”

While the powers-that-be decide if “Triplets” is ever to be, a similar project, with Josh Brolin and Peter Dinklage playing unlikely brothers, is in production.

Continue Reading
You may also like...
Related Topics:Danny Devito, Triplets