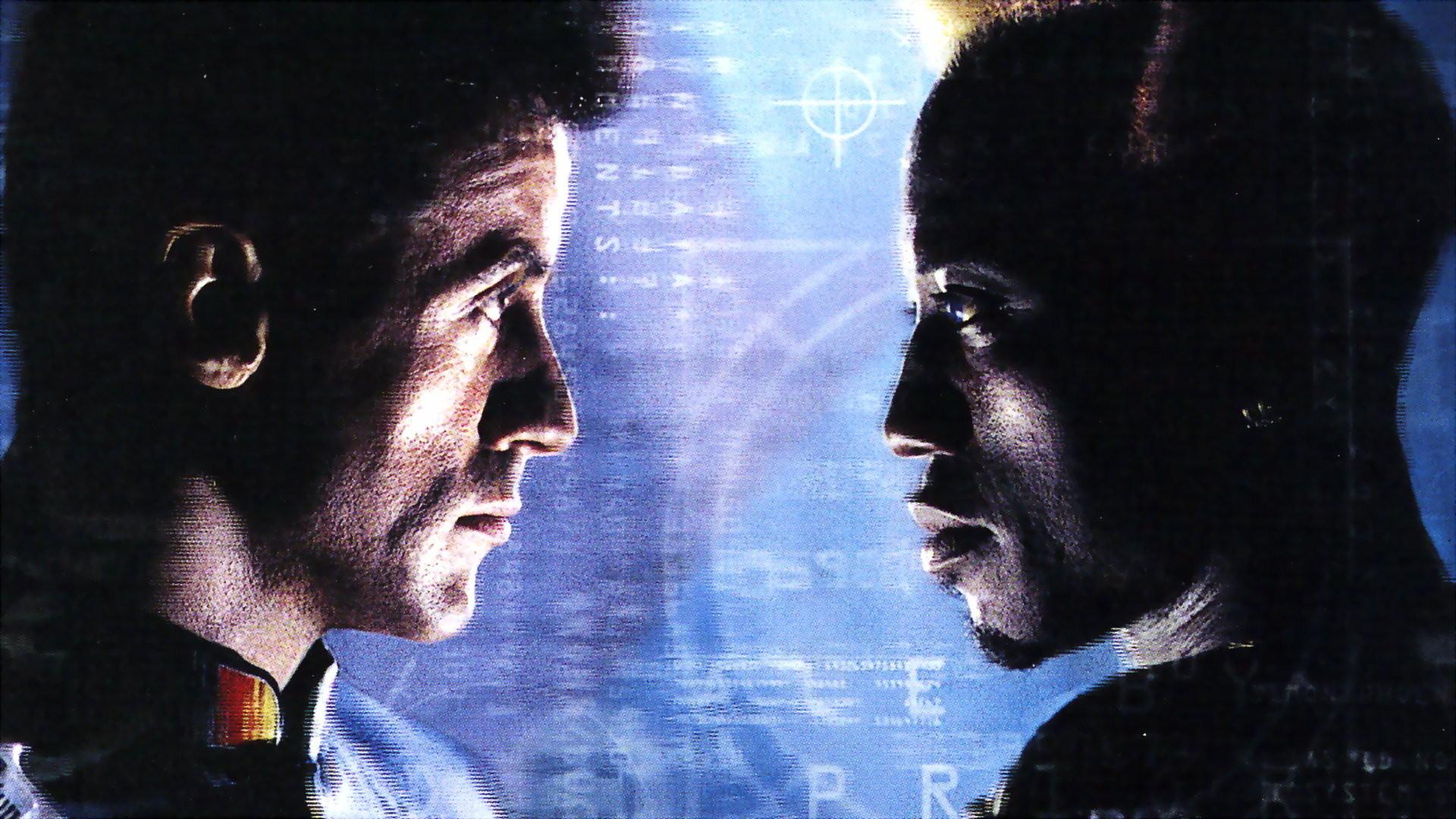 Reminiscing about his 1993 actioner “Demolition Man”  – which has since gone on to become quite a favourite among genre fans and sea shell collectors alike – with Vanity Fair writer Daniel Waters said for a brief minute, Meryl Streep might’ve starred in a sequel as Sly’s daughter.

The original film, which paired Sylvester Stallone and then equally-bankable genre staple Wesley Snipes (his other film that year, “Boiling Point” was a bit of a stinker though), tells the story of two men: an evil crime lord and a risk-taking police officer. Cryogenically frozen in 1996, they are reanimated in 2032 to find mainstream society changed and all crime seemingly eliminated.  Video artist Marco Brambilla directed the film, which also featured a pre-“Speed” Sandra Bullock as the female lead.

“In the movie … [John Spartan, the character played by] Stallone brings up that he had a daughter”, Waters, who also wrote cult classic comedy “Heathers”, says. “First of all, nobody seems to do the math that the daughter would be older than Stallone. We filmed a scene where … an actress that I like — Elizabeth Ruscio — she was in this great miniseries with Juliette Lewis called Home Fires. Nobody’s ever heard of it, but it’s brilliant. Anyway, she ends up playing Stallone’s daughter. It’s a tender scene, [and it] just stopped the movie dead. So, Joel [Silver]’s like, “Cut it. Just cut it.” And so we cut the scene out. And then I tell you, all our first test screenings … everyone thought Sandra Bullock was the daughter. So, when they’re about to have sex, the whole audience is, “Oh, no.”

“And we thought, “Maybe we should cut out all mentions of the daughter.” Can’t do it. We can’t do it. We need something. And then Joel Silver’s like, “Meryl Streep is the daughter [for the sequel]. She needs a big box office action movie.” I go, “No, she doesn’t.” But he was like, “If I get her to do it, will you come on?” Which is funny, because to get Winona Ryder off my back, I had told her the story of her character in Heathers, going to Washington and working for a senator named Heather — played by Meryl Streep. She was like, “I pitched to Meryl, she’s excited.” So, I’m doomed, for no Meryl Streep sequels are happening. But yes, Joel did talk about a sequel.”

Waters, whose last film was 2014’s “Vampire Academy” , says Streep was never asked to do the film and “I wasn’t going to call in every week for a follow-up.”

Still, all this talk has the writer thinking the time is ripe for a tardy follow-up.

“Jesus, now you’ve got me thinking about a sequel. I’d have to “come clean” with the three seashells and just have a graphic … I mean, that’d be the trailer. I wouldn’t even need to show action, just a teaser of Stallone walking into a stall. He sees the three seashells, and he turns to the camera, “Do you want to find out, or what?””

To celebrate the film’s 25th anniversary, Taco Bell recreated the 2032 San Angeles version of their restaurant at the 2018 San Diego Comic-Con so it’s safe to say there’s still significant interest in the brand.