“Greenland”, Gerard Butler’s latest ‘watch me run places quickly’ film is appropriately timed in the midst of a pandemic, where most of the time it does feel like the end of the world is nearing. The film, directed by Ric Roman Waugh, sees the Garrity family (Butler as John, Morena Baccarin as wife Allison and Roger Dale Floyd as son Nathan) have to fight for survival when a comet that was meant to pass Earth decides to hit it instead.

John receives a Presidential notification that he and his family have been chosen to go to a secret shelter in Greenland, and thus hopefully survive the comet fragments that prove to be Earth destroying. But of course things prove to be more difficult than first thought, with their son’s diabetes being a roadblock and obviously the crazy that comes out when you are threatened with an end-of-world disaster.

You could file “Greenland” in the realm of “2012”, “The Day After Tomorrow”, “Armageddon” – the list is endless really, but really, we all love Butler in a somewhat heroic role and doing his best to be the saviour we all need right now. “Greenland” isn’t really corny at all, which of course it’s at risk of being – the cast is great and the battle all characters face to save their families is quite edge-of-seat thrilling. Let’s not forget how cool the effects look, too.

An excellent film that’s both thought-provoking and mindless at the same time – a great feat indeed! 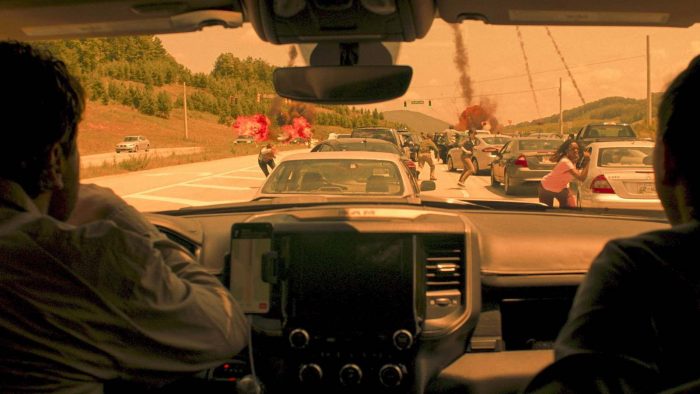 We’ve now lived long enough to see Mel Gibson play the OG fat man himself, Santa Claus. While you’re getting into the festive mood, probably earlier than usual, give “Fatman” a go. It’s the Santa movie you never knew you needed, and a nice twist to the usual Christmas movies that are all pushed out at this time of year.

Gibson plays the jolly man himself, with no red suit in sight, and living in North Peak, Canada. Marianne Jean-Baptiste plays Ruth, the first lady to Chris Cringle, and more often his reality check and support system – she is just DIVINE.

Struggling with their business generating enough income, Chris and Ruth are forced into a partnership with the U.S. military, with their factory workers (aka the lovely elves) helping make military grade weapons instead of delightful wooden toys.

Enter problem 2, the villain. Does Walton Goggins ever play non-villains anymore? In “Fatman”, he plays a hitman simply known as the Skinny Man, hired to assassinate Santa by a precocious 12-year old, but also holding onto his own grudges against him.

Before you dismiss “Fatman” as a lame comedy about Christmas, I urge you to watch it. Gibson in the role of a cynical Santa Claus is amusing in itself, but the film is littered with hilarity, and of course those moments when you find yourself punching the air with joy.

Sidenote, if anyone from the making of this film is reading this – I am a HUGE fan of Goggins’ white ski jacket and would love to wear that sucker around the Aussie ski fields… hit me up. 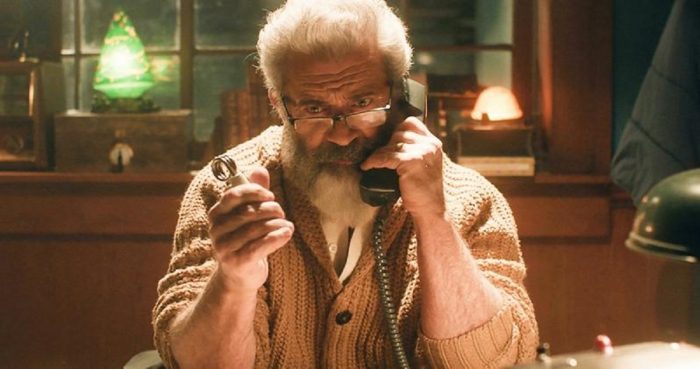