Back when he was transitioning from the ring to the film screen, Dwayne Johnson was adamant he wouldn’t be starring in remakes or sequels to any of Arnold Schwarzenegger or Sylvester Stallone’s earlier films.

We even asked him, way back when, about taking over for the Oak in a new “Terminator” or “Predator”.

“Arnold has put so much into those roles. They’re his roles”, the wrestler turned actor told Moviehole in 2003.

And while Johnson has stuck his guns, staying away from both “Predator” and “Terminator” movies, he’s not shied away from sequels to others films. He starred in a sequel to Brendan Fraser starrer “Journey to the Center of the Earth”, did a couple of sequels to Robin Williams classic “Jumanji”, and is currently developing a sequel to the Kurt Russell classic “Big Trouble in Little China”.  As time goes on, it would seem the big guy isn’t opposed to resurrecting the brands of yesteryear.

According to Patreon scooper Daniel Richtman, the “Jungle Cruise” star is now keen to dust off some of Schwarzenegger’s old franchises – backflipping on that once solid stance to never replicate the Oak. And according to the tipster,  one of the rumoured properties he’s keen to bring back is “Total Recall” (1990). 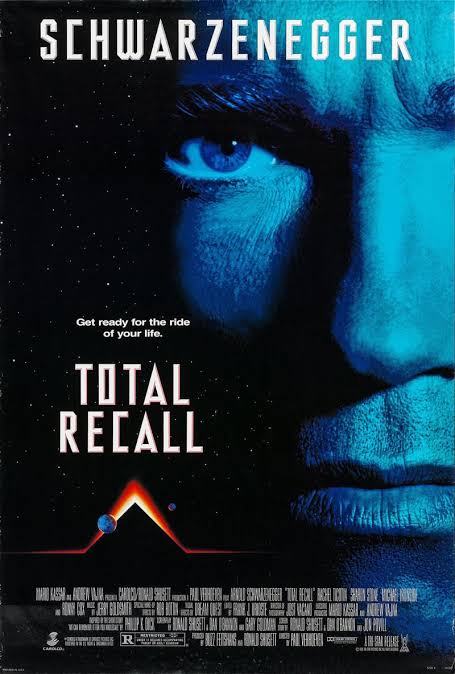 I guess Schwarzenegger technically had his chance to do a sequel to the sci-fi hit, and opted not to return to Mars (the script was later retooled to be “Minority Report”), so Johnson might consider a new “Recall” less of a dodgy move than say, doing a new “Terminator” or “Predator” – two properties Schwarzenegger is apparently still keen to get involved in again.

What would Johnson do, though? Another straight-up adaptation of the original Philip K.Dick story? Or would he do a follow-up to the Paul Verhoeven story?

Considering the last reboot tanked more than a T-14 Armada, I’d be surprised if Sony were jazzed to get another “Total Recall” going again. But you never know…