The cast of ’90s comedy “Encino Man” are reportedly keen to head back to the well.

Link himself, Brendan Fraser, as well as Sean Astin, and Pauly Shore want Disney to know they’re ready and willing to do “Encino Man 2”.

“Good o’l Encino Man, remember this classic? How many people want to see Encino Man 2?!” Shore, who portrays Stoney Brown in original, tweeted. “Hit up Disney+ on social media and let them know Brendan, Sean, and myself are ready to go! Let’s do this 2021. Let’s Wiez the prune juice dooooooooodz.”

“Encino Man” (known as “California Man” outside of North America) revolves around two geeky teenagers from Encino, Los Angeles, California, played by Astin and Shore, who discover a caveman (Fraser) in Morgan’s backyard, frozen in a block of ice. 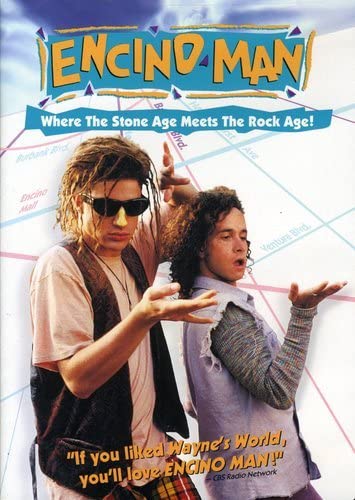 Several years back, Shore mentioned that “Encino Man” writer Shawn Schepps had an idea for a follow-up. Schepps actually directed (and co-wrote) a sequel to “Encino Woman” – – 1996’s “Encino Woman”. That one, produced for television, didn’t feature any of the original players nor did it feature any returning characters.

Here’s the synopsis for “Encino Woman” and the trailer :

After thawing, a young prehistoric woman, Lucy, gets herself taken care of by David, a young intern at a marketing firm. Working on a campaign ad for a cosmetics company, David becomes Mr. Bigshot when his protégé is chosen to be the model/spokeswoman for her animal personality. 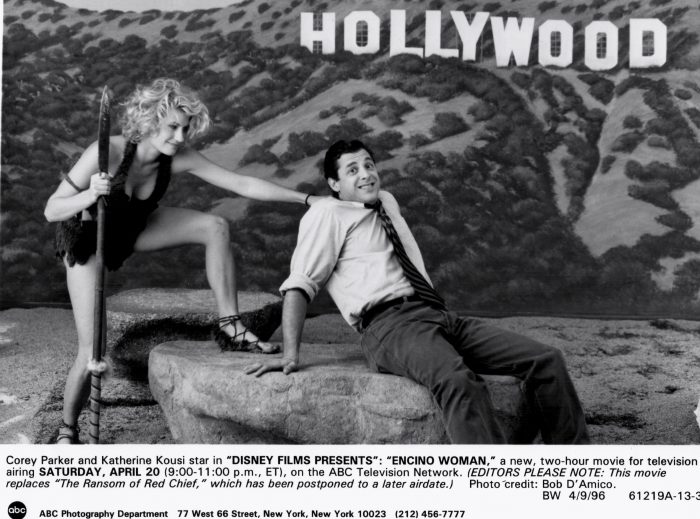 Brendan Fraser did cameo as Link in Pauly Shore comedy “Son in Law” shortly after the release of “Encino Man”… so there’s that.

Gotta admit, a true sequel to the original Les Mayfield-directed comedy would be wild.

Good o’l Encino Man, remember this classic? How many people want to see Encino Man 2?! Hit up Disney+ on social media and let them know Brendan, Sean, and myself are ready to go! Let’s do this 2021. Let’s Wiez the prune juice dooooooooodz.@disneyplus @SeanAstin #BrendanFraser pic.twitter.com/LXRDOnErSO