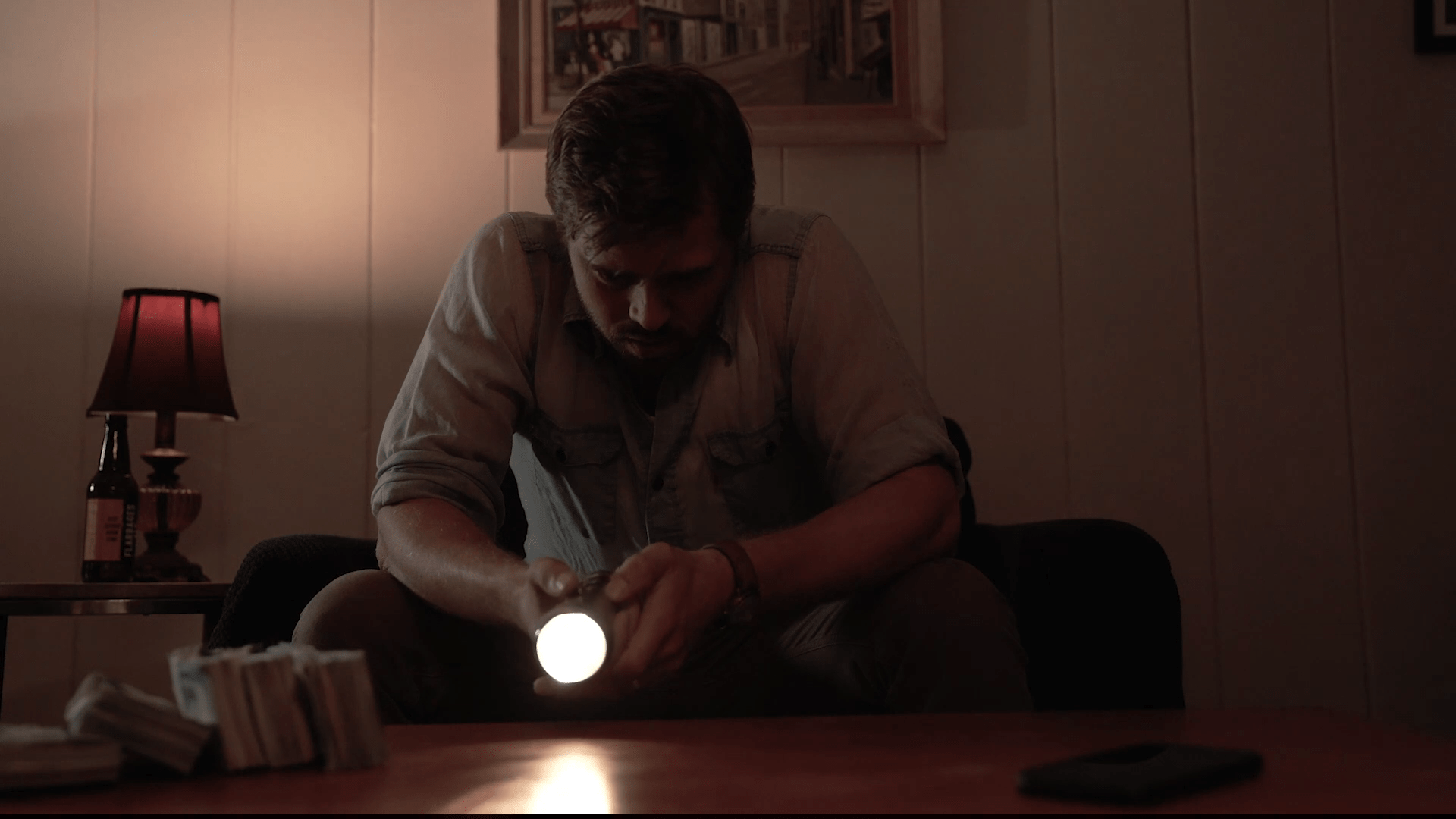 The latest in a series of horror shorts written and directed by duo Zak White and Todd Spence (Where Is It, Your Date is Here), Fear Wish offers an intriguing premise and solid scares in a tight and atmospheric three minutes.

With the help of his friend Mike (Scott Whyte), Rich (Nathan Sutton) has discovered a strange and dangerous ritual involving a flashlight which could potentially save the life of his terminally ill wife (Amy McRoberts). But his good intentions could deliver more than he ever wished for.

Given its brief runtime, to delve any deeper into the plot details of Fear Wish here would do it a disservice. (In fact, you can watch it for yourself right now – for free, down below). But it’s the sort of simple and creepy tale that would be right at home as an episode of Tales From the Darkside or Creepshow – a simple but effective idea that could absolutely work even in a longer-form format.

White and Spence’s script doesn’t sabotage the atmosphere or pacing with expositional dialogue. We’re thrown right into Rich’s desperate efforts to change his dying wife’s fate, and it doesn’t let up the tension until the credits roll. Fear Wish does plenty with just a single location, a few characters and a very brief runtime. If this one is anything to go by, White and Spence’s shorts at Nightmare Video are worth keeping an eye on.

Disturbing the Peace, Inherit the Viper Reviews
Birds of Prey Review : As yummy as an egg sandwich!
Advertisement