File this one under ‘wise decision’.

The oft-reliable troops at ThatHashtagShow are back with a believable whisper to punt onto punters.

According to their sources, we will see the stars of Netflix’s [cancelled] Marvel series “Daredevil”, “The Punisher”, and “Jessica Jones” return to our screens. Marvel’s Kevin Feige is a big fan of Charlie Cox’s Daredevil, Jon Bernthal’s The Punisher, Krysten Ritter’s Jessica Jones, and Vincent D’Onofrio’s Kingpin and is recruiting them for supporting roles in the MCU.

Cox is the first to return, reprising his role from “Daredevil” in the upcoming “Spider-Man : No Way Home”. It’s rumored Matt Murdoch will show up in a courtroom scene – with the blind legal-eagle said to be Peter Parker’s rep. 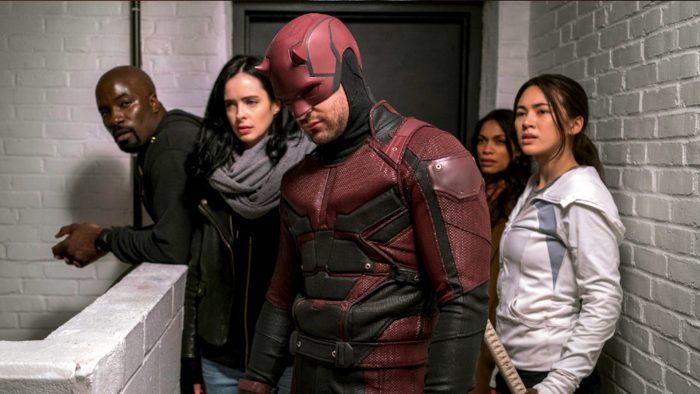 Interestingly enough, says the site “the caveat here will be that their time and experiences on the Netflix shows will not be directly referenced. So Jessica Jones coming back means she won’t bring up her story with Trish, or Matt will not bring up his fight with The Hand. These are not stories that will play into the roles. It’s simply actors fulfilling the same roles, but within a different universe.”

They continue, “Expect Phase 4 and 5 to sprinkle in these appearances throughout the movies and Disney+ shows. From what I’ve heard, Charlie Cox is being brought in for a cameo in Spider-Man: No Way Home, Jon Bernthal and Krysten Ritter will appear in a Disney+ series, and D’Onofrio is set to appear in the upcoming Echo series, although he may also appear in Hawkeye in a limited capacity, most likely a cameo at best. 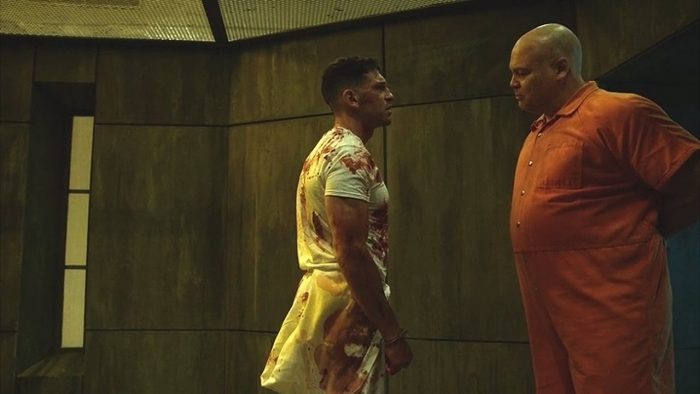 So what of Luke Cage and Iron Fist? Marvel may decide down the road to do something with these characters but I’ve heard that sadly the roles will be re-cast.”

In other comic book movie news news, Patreon scooper Daniel Richtman says Amber Heard is yakking to Warner about getting that ‘Mera’ spin-off going. No doubt they’ll wait to see how “Aquaman 2”, which is casting up as we speak, performs before greenlighting a spin-off film in the same uni.