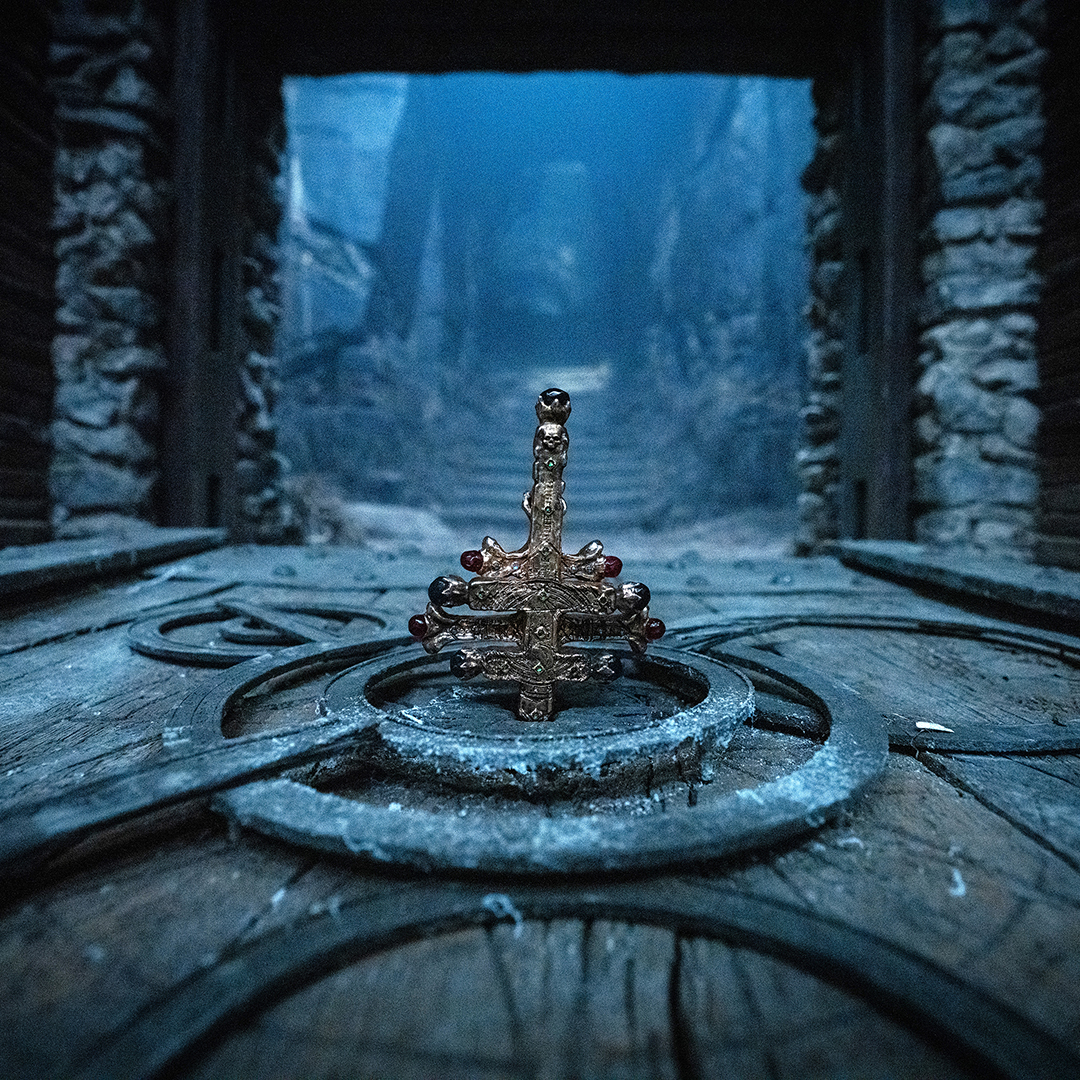 A first look image of er, Spider-boy Tom Holland in the long-gestating feature adaptation of “Uncharted” has been released.

*depending on which way the Coronavirus wind blows next year.

The Cross of the Brotherhood in Columbia Pictures’ UNCHARTED.

Nolan North and Tom Holland on the set of Columbia Picture’s UNCHARTED.