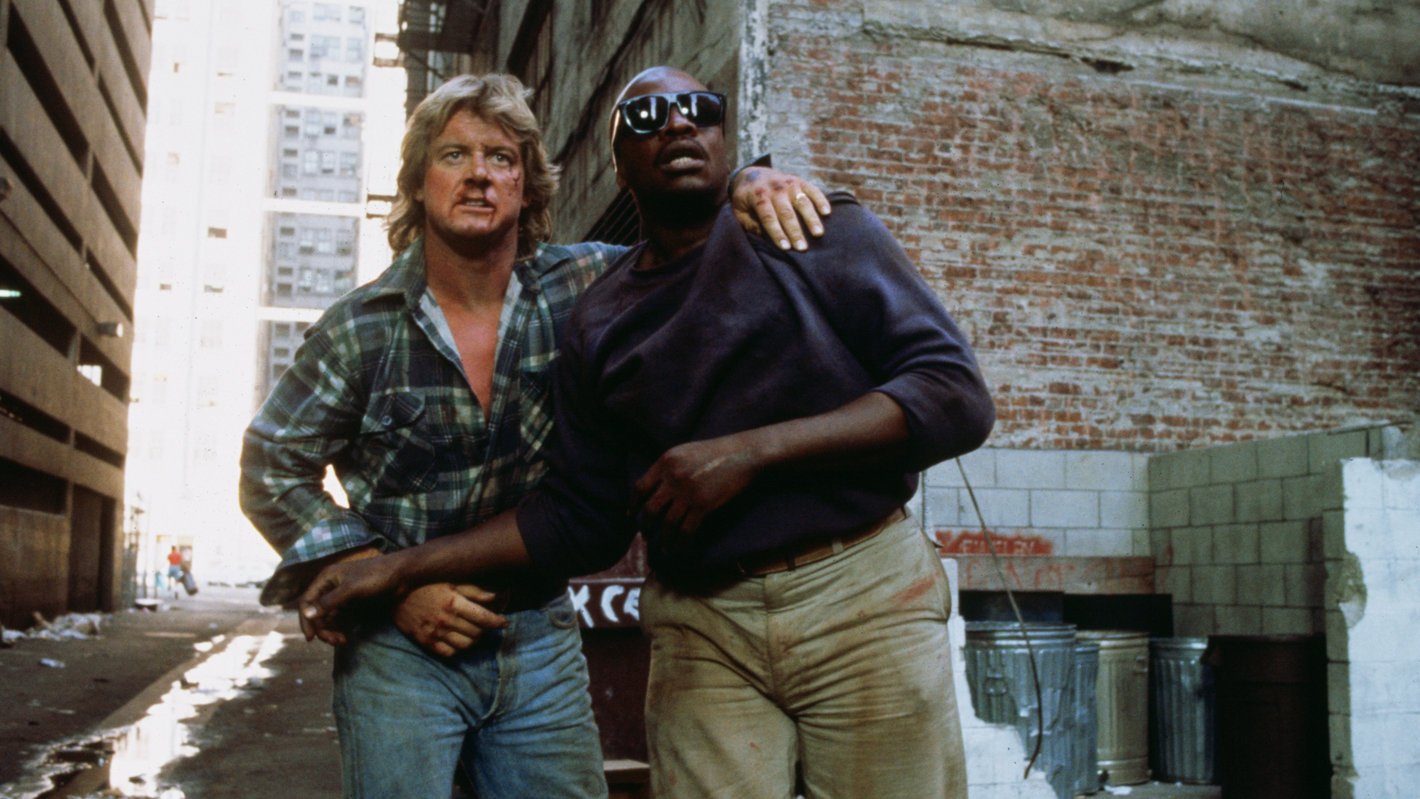 Holy sh*t! They Live coming to 4K for Christmas!

In addition to the sweet, new 4k transfer of “Total Recall” that was recently announced for a fourth quarter bow, the equally-beloved “They Live” has also been pressed and package for the UHD treatment. Shout Factory has set the 2-disc “They Live : Collectors Edition” for a December 8 release.

On December 8, 2020, Scream Factory™ celebrates the politically-charged science fiction thriller THEY LIVE with a new 4K UHD/Blu-ray™ release, as well as a Limited Edition NECA action figure and Sacred Bones 7” vinyl. Horror master John Carpenter (Halloween, The Thing) directs this heart-pounding thriller in which aliens are systematically gaining control of the Earth by masquerading as humans and lulling the public into submission. The 2-disc UHD/Blu-ray™ combo release THEY LIVE COLLECTOR’S EDITION (4K UHD/ BLU-RAY™) marks the first time Carpenter’s popular sci-fi cult classic has been released in 4K Ultra High Definition in North America. It will include all previous bonus features from the prior 2012 Scream Factory Collector’s Edition release.

The Limited Edition NECA action figure of Keith David’s “Frank” is available exclusively from Scream Factory. For the first time ever, “Frank” as portrayed by actor Keith David, is available in an 8” tall clothed action figure format. A perfect complement to NECA’s “John Nada”/Roddy Piper action figure (available in November 2020), Frank comes with two accessory machine guns, and is dressed in a purple shirt, khaki pants, and special sunglasses to see right through the aliens’ disguise. The figure will be housed in a collectible retro box packaging featuring original theatrical art. This figure is authorized and approved by actor Keith David with only 4,000 units being made.

Also available exclusively from Scream Factory is a 7” record on exclusive bubble gum pink vinyl via Sacred Bones, featuring music from THEY LIVE composed by John Carpenter and recorded by John, Cody Carpenter, and Daniel Davies. The A-side includes the 2017 version of the main title and the B-side contains a never-before-released recording of “Wake Up” recorded by the trio in 2019. The bubble gum pink vinyl is a limited edition run of 2,500 copies and is housed in a lavish slipcase with new art by frequent Carpenter collaborator Chris Bilheimer.

Continue Reading
You may also like...
Related Topics:4K, They Live