Alain Moussi has a truly awesome career of stunt and action coordination work under his belt, having worked on films like Shazam!, Suicide Squad, Warcraft: The Beginning, as well as television series including Pacific Rim, Supergirl, Titans, The Boys and much more.

In the case of writer/director Dimitri Logothetis’ latest directorial effort, Jiu Jitsu, Alain is front and centre as the film’s lead. Jiu Jitsu is a wild blend of science fiction and martial arts action, pitting Alain and a cast including Nicolas Cage, Tony Jaa, JuJu Chan, Frank Grillo against an ancient alien warrior.

There are some truly impressive action sequences, and Alain was a key part of their creation in addition to being the film’s ass-kicking hero. Moviehole spoke with Alain about the production of Jiu Jitsu ahead of its release.

I’m doing fantastic. Thanks so much for speaking with me.

Oh, it’s my pleasure; thanks for having me.

This is by no means the first time you’ve you’ve worked with Dimitri. I’m curious about your professional relationship with him. As a performer, what about Dimitri is so compelling to you?

Me and Dimitri are friends; we’ve been friends for about ten years. So, number one, it’s fun to be working with my dear friend. Secondly, I think Dimitri is an amazing filmmaker. He understands the martial arts genre so well, he’s so passionate about it. To work with somebody like you, who’s so passionate about doing an authentic martial arts film, is great. It really motivates you to want to be at your best all the time, especially when you know that he’s gonna do it justice.

So that’s Dimitri, right? Every time he’s like, “okay, Alain, I’ve done another one, time to shoot another movie”, I’m all for it, I can’t wait. And even after we’re done, after it’s in post-production; just like with Jiu Jitsu, he’s going to blow my mind with what he’s gonna do with it.

It’s impressive how well you guys put together some seemingly very elaborate sequences; I especially enjoyed the long take sequence in the desert earlier in the film. There’s a lot of long-take fights that seem complicated to shoot; I’m curious to learn a bit about how complex that actually was to put together.

It is quite a complex thing. When Dimitri talked about what he wanted to do with that shot, we got to work right away. Number one, we’re developing styles for each of these characters. We wanted each to be unique, but still assemble under the umbrella of jiu jitsu.

So our stunt coordinator and his team, along with myself, we got together and started designing for all the characters, and I think they came together beautifully. What’s so cool about it is that you actually see that each one of those characters fights differently with different weapons – they each have their own flavour. From there, it’s just about performing it. One of the challenges is that you need the talent to be able to perform, especially given that we didn’t have weeks or even days of rehearsal time for it. It’s very limited time.

That whole sequence, by the way, was shot in one day. Every single one of those individual sequences with Tony (Jaa), the ones with JuJu, Marrese, Frank, myself, we shot all that in the same afternoon. That’s incredible to me. It’s a testament to everybody’s hard work, and every one of our cast members’ talents. I have to mention my stunt team, who were always on point in the right place at the right time, in order for us to be able to perform at our best.

It really is quite impressive. It’s impressive to watch just as entertainment, but you can also see how much effort has gone into making it all work on-screen.

Dimitri also loves the camera-work. For that sequence, we had this really cool rig that could go 360° with an amazing camera operator. We wanted the camera to not just be an observer, but an actual participant in the fight. You can see it in the way it moves – it’s always right in there, going from one character to the next. I thought that was a really cool way to present it; it really gave it its own special flavour. 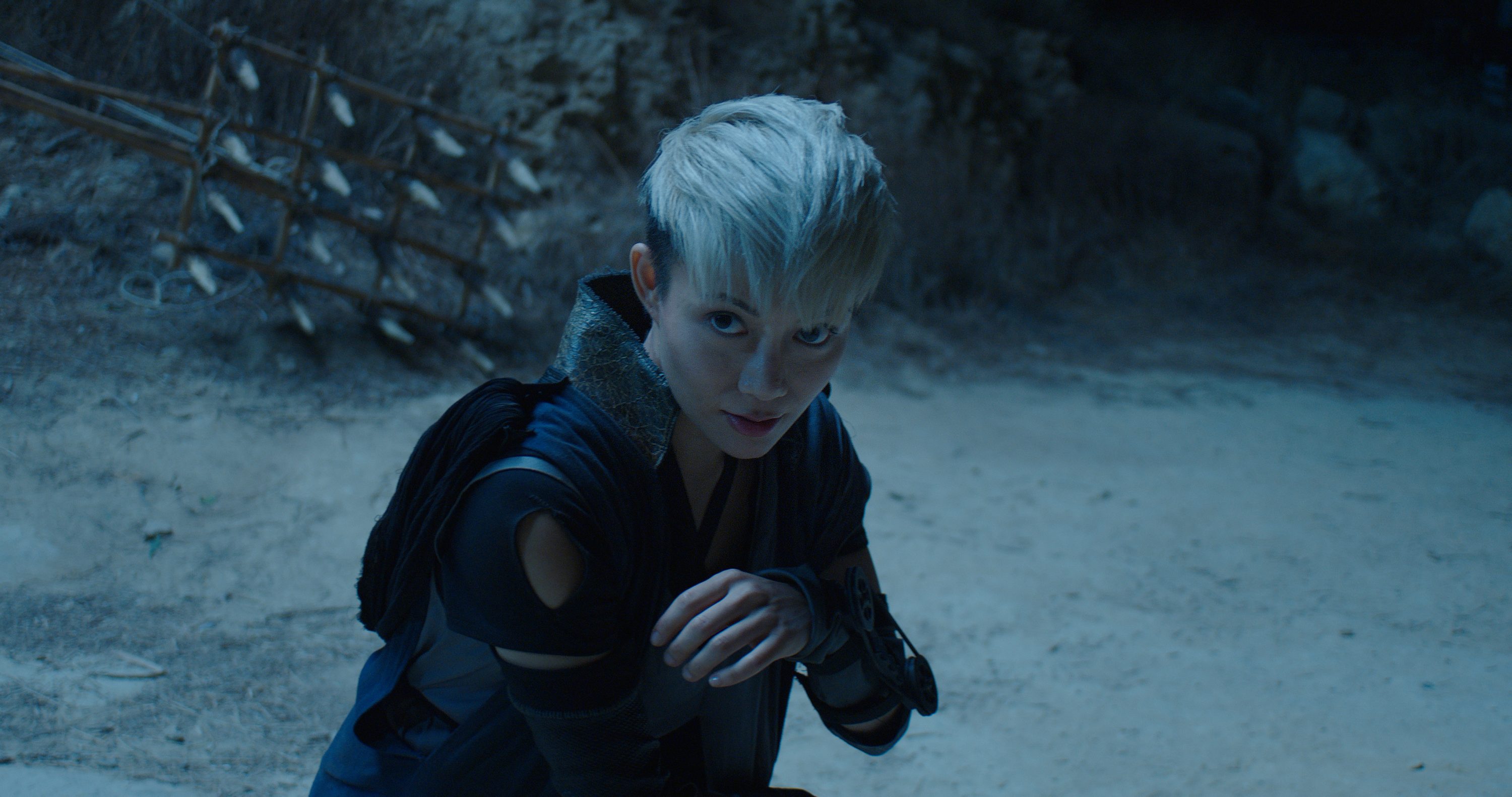 I’m curious if you have anything currently in the pipeline to follow up Jiu Jitsu.

The next movie we’re working on is called Man of War. Dimitri is directing from a script by Gary Scott Thomas, who wrote The Fast and the Furious. So that’s next one we’re doing. I’m not the lead in that one, it’s a completely different role, which is going to be really exciting. It’s something I’ve never done before. I’m also going to be second unit directing, which is really cool. They offered that to me, which is fun! That’s something I’ve been learning under his mentorship.

And then we attack Kickboxer: Armageddon! That’s the third Kickboxer film, to complete the trilogy. The next one is incredible, balls-to-the-wall action. It’s really cool, and it’s completely different from the other Kickboxer films. I know that when audiences see it, they’re not going to know what hit them. They’re going to be crawling out of their seats, I can’t wait!

Jiu Jitsu is now available on streaming platforms for rental and digital purchase.