Dating Amber is Irish writer/director David Freyne’s second feature, following the 2017 release of zombie horror flick The Cured. It’s quite the pivot in genre, trading a post-zombie-apocalypse setting for a much more personal coming-of-age story. Dating Amber follows a young, closeted gay teen in 90s-era Ireland who feigns a heterosexual relationship with his lesbian friend Amber to avoid social ostracization.

As Freyne suggests, it’s a romantic comedy through-and-through – but it’s also a reflection on his own experiences in growing up as a queer youth in Ireland. We were lucky enough to have the opportunity to speak with David about Dating Amber prior to its release.

David: How are you doing, Kyle?

Kyle: I’m doing pretty well! Thanks so much for taking the time to talk to me.

Kyle: Oh, the feeling’s mutual for the Irish accent!

Dating Amber really captured such a particular time and place, and in that way it’s unmistakably autobiographical in nature. I’m curious; to what degree is that the case?

David: It’s half autobiography and half wish fulfilment. I think all the really horrible bits are real, and some of the more lovely moments are things I wish that happened. Like Eddie, I very much struggled with coming to terms with my sexuality. I grew up in the town the film is set in, my Dad was in the Army, I had that whole experience. So much of that is really truthful, and so much of what happens in the movie is true to life and my experience. 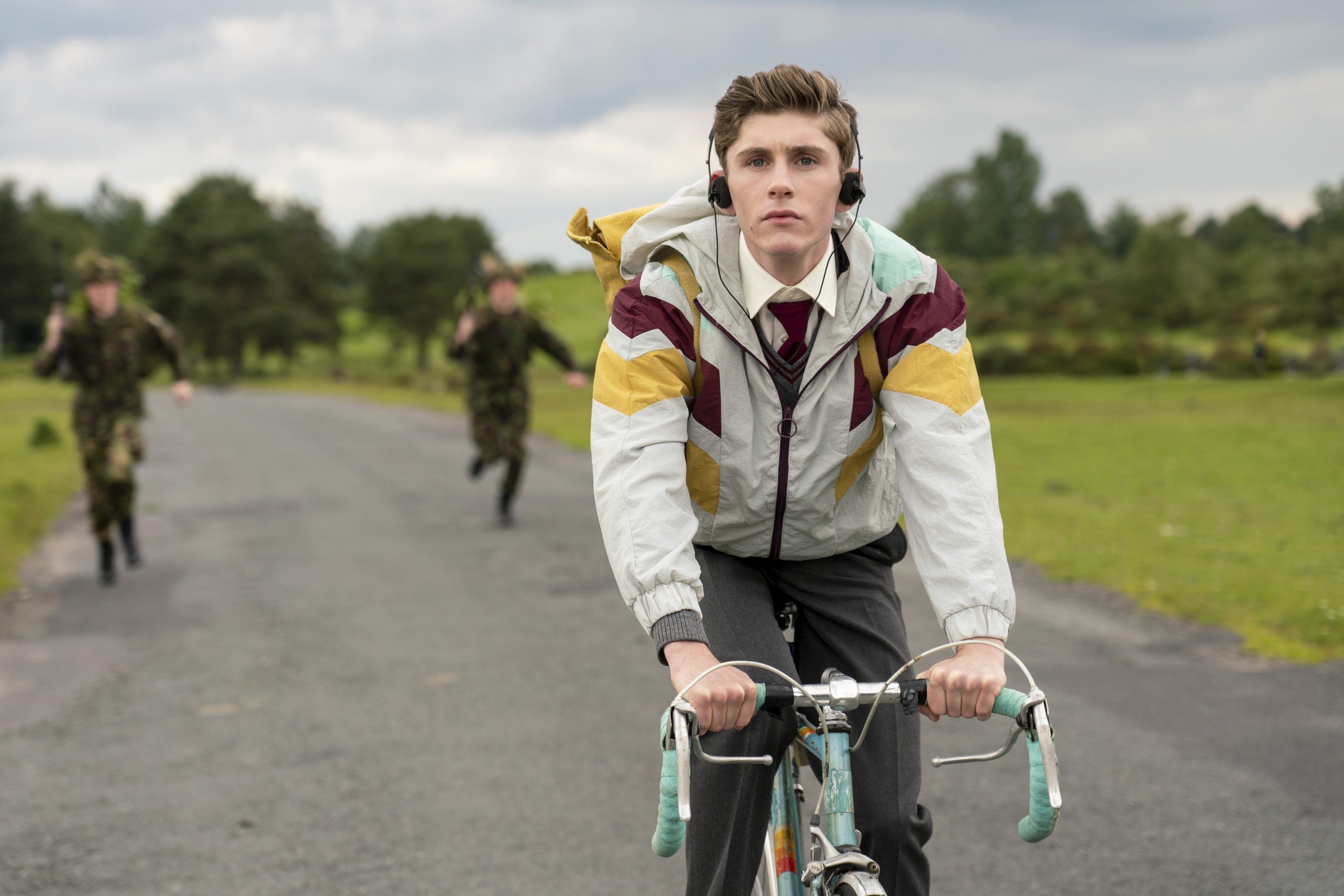 Kyle: The premise of the film – the fake relationship between Eddie and Amber – isn’t just the focus of the entire film. I felt it was more the catalyst for Eddie and Amber to figure themselves out, and how they had very different experiences with coming out. Was that focus the ultimate goal from the beginning of the writing process?

David: For me, I think it’s a rom-com. And with any rom-com, opposites attract, and that’s where all the humour comes from. And it’s this love story, albeit platonic, between these two kids, who help shape each other into who they’re going to be.

And so that was Amber for me: that person who was able to do that in that time in history. I wanted to go through both their journeys, and how they helped each other come to those difficult conclusions. So I think really, it was a love letter to those two types of kids: those who were able to stay, and those who left. 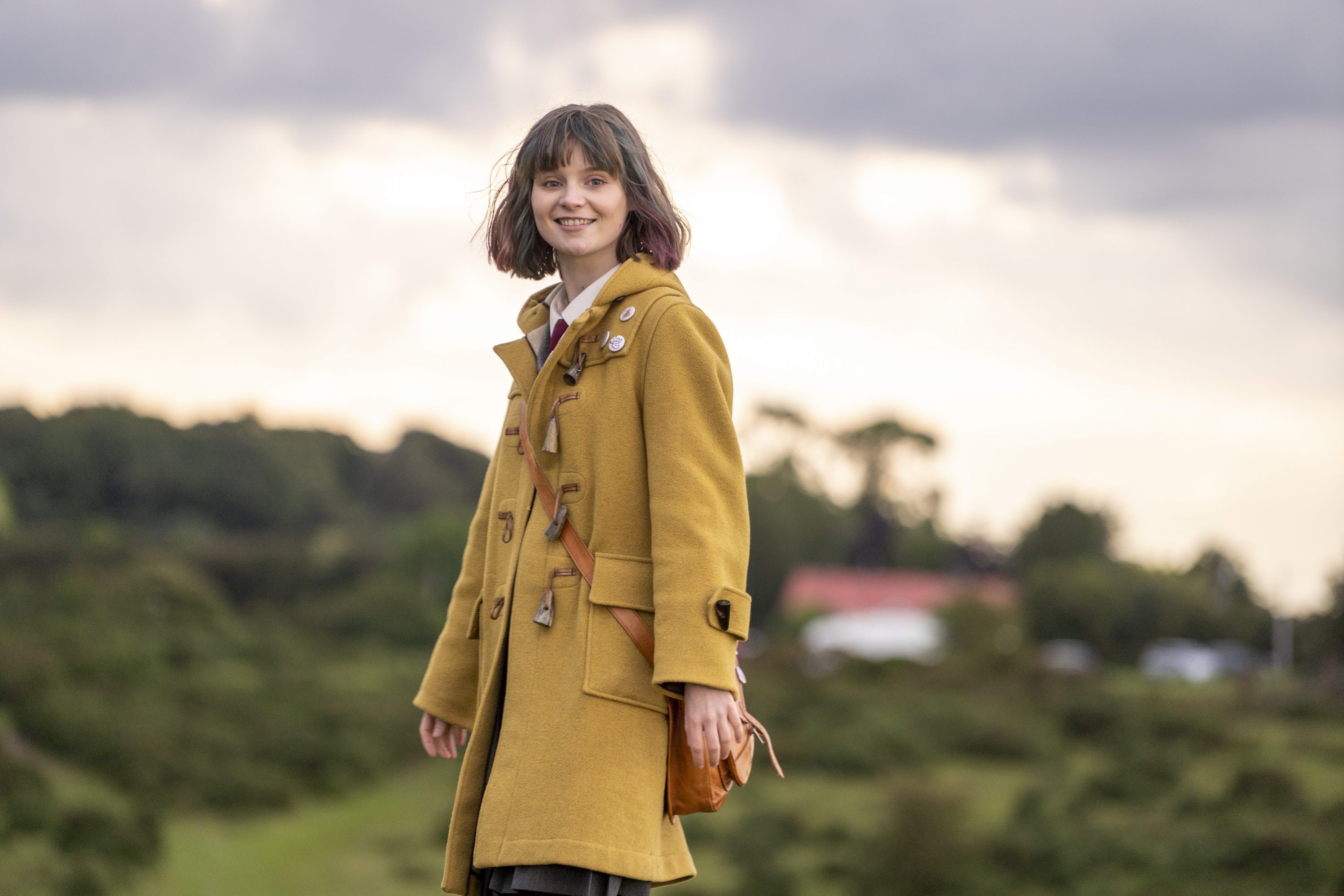 Kyle: Of course, it’s not a universal experience that it’s easy to come to terms with yourself. I did particularly enjoy that platonic love between Eddie and Amber that’s completely separate from any perception of their relationship or sexualities. That kind of platonic love is something that more conventional films, especially rom-coms, don’t really delve into often. I’m curious to know how you feel about that.

David: Yeah. I think for a lot of young people in the queer community, your first love is very often that first friend that sort of becomes that tribe. And that’s what this was for me – that person who helps shape the person you become. I love the idea that they may lose touch, but they’ll always be that great love or that person who helped them figure out who they are.

Kyle: To see them figure each other out while figuring themselves out is really interesting, and it’s a lovely friendship that blossoms between them despite the ups and downs. How well do you feel that the typical coming of age film, particularly those that concern queer youth, actually handle representation of that formative age.

David: I think they’re all telling a story that’s important and that’s truthful to somebody, but it’s not always truthful to everybody. Nothing’s ever really truthful to everybody. I think for me, what I felt like I was missing was seeing my story. For me, I wanted my Superbad or my Ladybird, and you don’t often get that. I think traditionally those stories have been quite depressing and quite sad. They’re vital, and I would never discredit them because I love some of them, but they can’t be the only ones that exist. 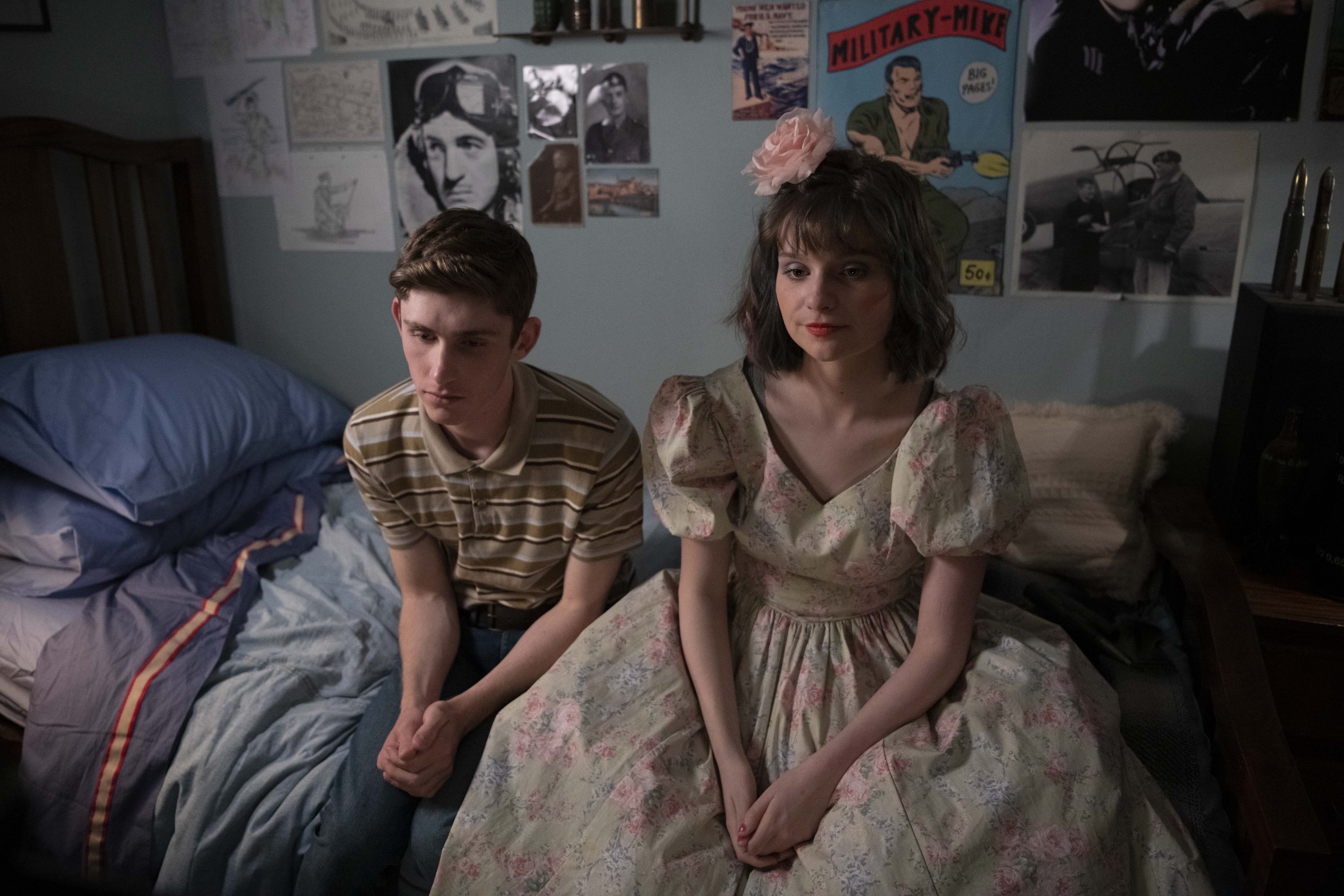 David: Yes, exactly. I think decision-makers often think they’re only one type of Gay film, or Lesbian film, or Queer film, when in fact they need to supporting a wide variety of films and putting LGBT characters in so many genres. I think by doing that, they’ll open up the eyes of what is possible for young queer people as well audiences in general.

Kyle: Given the film’s autobiographical nature, it must have been a truly unique experience to revisit your own formative years in that way. As we can see with Eddie’s journey, you learned so much about yourself throughout your youth. I’m curious as to whether you think you actually learned even more about yourself by looking backwards as you produced the film.

David: Absolutely. It was a very eye-opening process, both the writing and the making of it. I think I learned a lot of really good things about myself. I was so used to looking at my past and those years in a very dark, shitty kind of way, and you discover how resilient you were as a person.

I think it’s giving yourself credit for those things that you didn’t before. I put myself in the shoes of other people around me, and I learned a lot about them. I definitely learned a lot, and it was a really cathartic and fun process – the whole thing.

It was very much kind of a love letter to my former self – that sounds egotistical, but I think you embrace yourself as you get older. I wish I’d given younger me more slack. 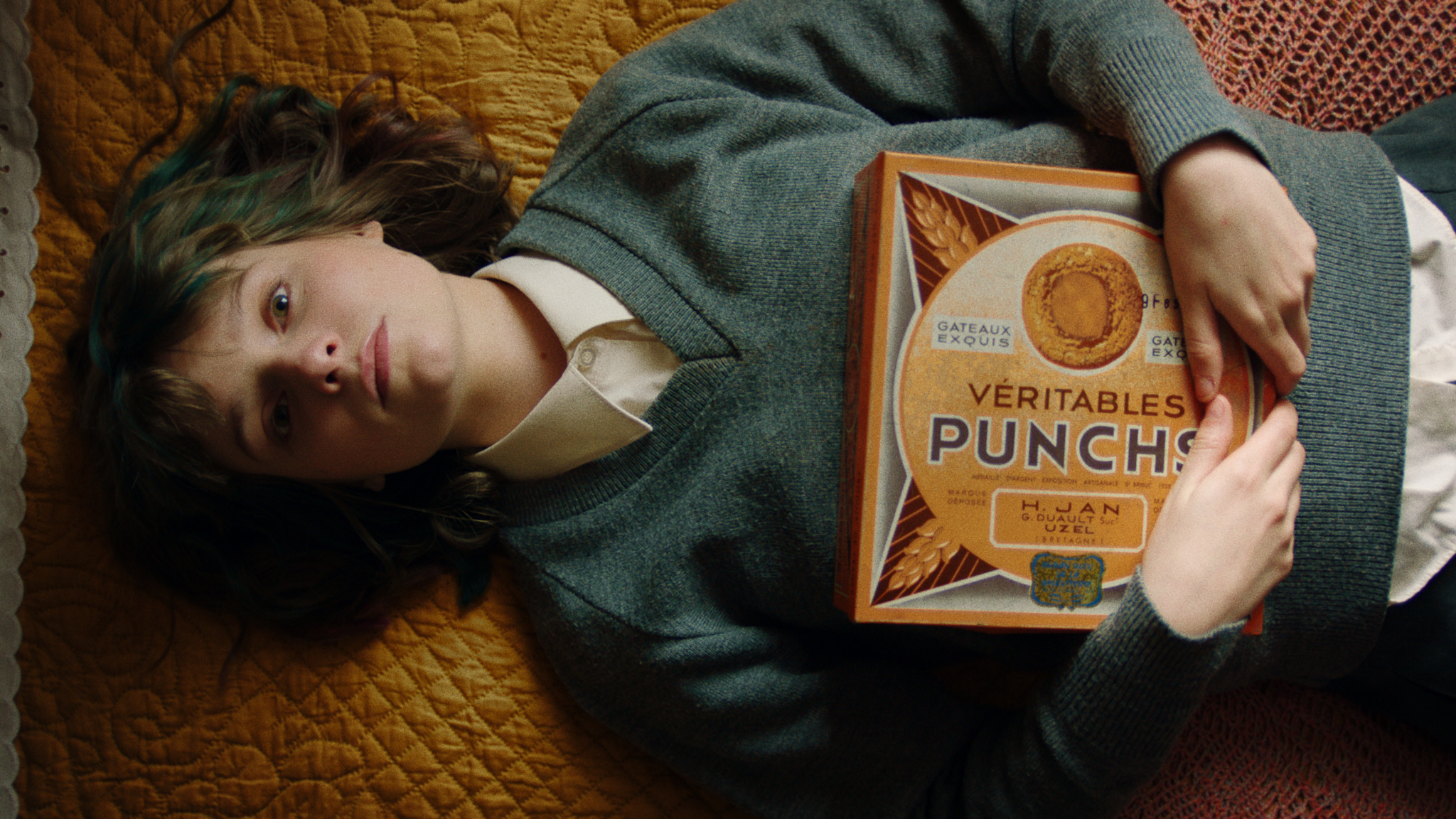 Kyle: I can see this movie as being the kind of movie you wish your younger self had been able to see.

David: I think that’s exactly it.

Kyle: Your first feature film was a very different production. A horror film!

David: It was quite different!

Kyle: Do you find yourself, as a writer/director, that you’re keen to just tackle genre as it comes to mind rather than planning what direction to move in?

David: Absolutely. I never want to get pigeon-holed as a comedy director or a horror director. I think I love so many different types of films, and as a film-maker I want to try lots of different types of genres. I think the character dictates the genre – this was always going to be a comedy/drama. I’m writing a period drama film and various other different things. I think the one thing you don’t want to do as a filmmaker is repeat yourself, so I’m very conscious to keep learning and pushing what I’m capable of. 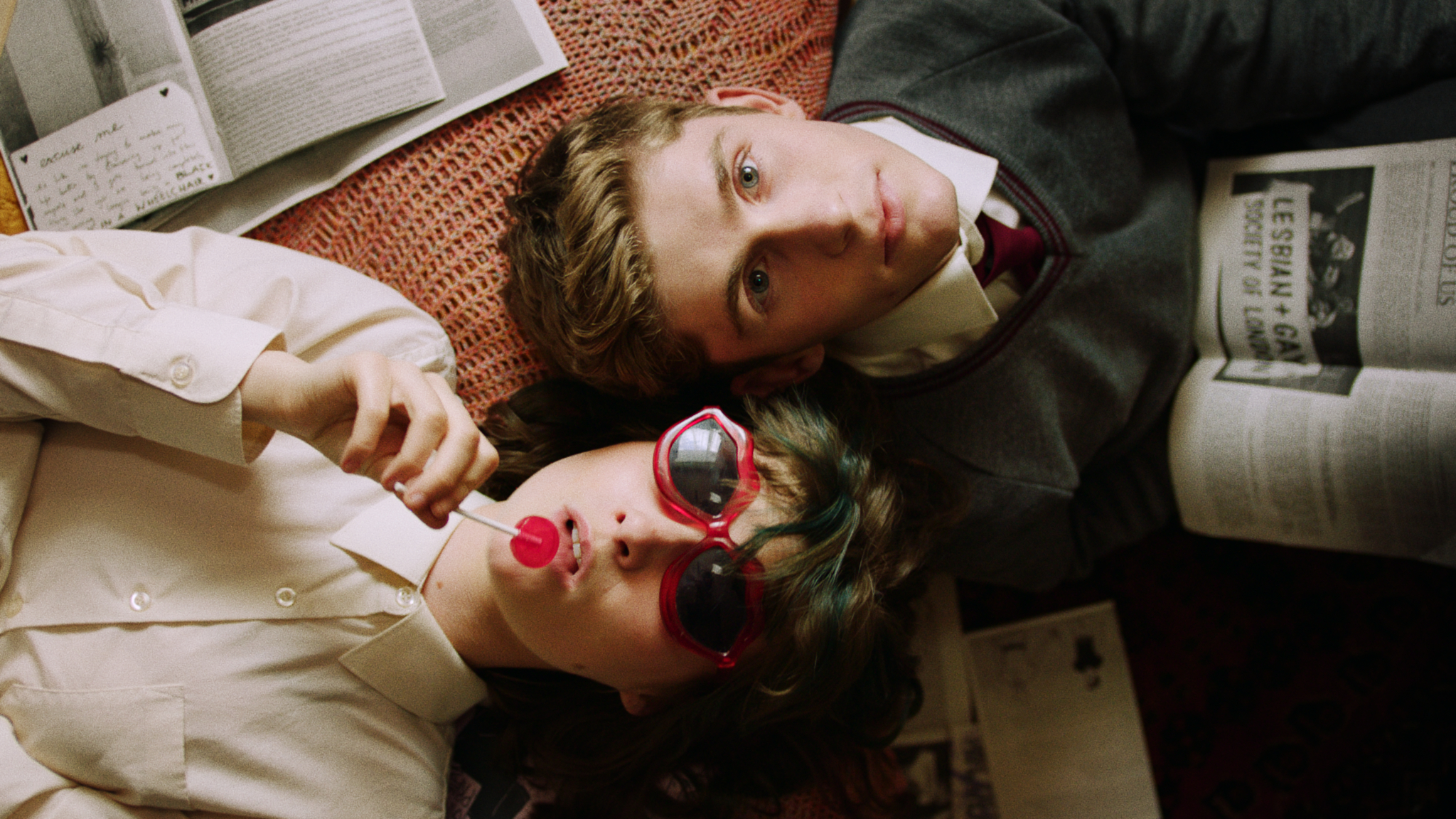 Kyle: I’m so looking forward to checking out whatever comes next from you! It’s not the most ideal time to be planning the production of a film right now, but hopefully all our experiences of 2020 can come through in our art.

David: yes, it’s a very trying time for artists and filmmakers. It’s a very worrying time. But hopefully, something good comes from this chaos. I certainly have learned to appreciate what’s important.

Kyle: Absolutely. I hope everything’s going okay over there!

David: Yes, it’s great. Same with you – you guys seem to have a pretty decent handle on COVID-19. Better than the rest of the world, anyway.

Kyle: I’m pretty thankful to be in New Zealand right now. As the world’s on fire, there’s certainly worse places to be.

David: Thank you so much for your time, Kyle – and hopefully we’ll talk soon!