As corny as it might sound to describe Aaron Moorhead and Justin Benson as indie auteurs, their track record of delivering minimalist yet high-concept sci-fi and horror features over the past decade is more than enough to back that claim up.

Their first feature collaboration was 2012’s Resolution, a micro-budget horror concerning Michael and Chris, two friends who begin to experience bizarre and terrifying events when Michael imprisons the drug-addicted Chris in an isolated shack in an attempt to get him clean. What unfolds is a prime example of Moorhead and Benson’s knack for taking a simple concept and taking it far beyond audience expectations without sabotaging the film by over-stretching their resources.

Since Resolution, the duo have released feature films on a roughly bi-annual schedule. Spring, The Endless and now Synchronic are distinct from each other in style, yet consistent in their less-is-more approach.

Starring Anthony Mackie (Falcon and the Winter Soldier, Black Mirror) and Jamie Dornan (Fifty Shades of Grey, The Fall) as paramedic co-workers Steve and Dennis, Synchronic is an atmospheric and wildly creative science fiction thriller that has Steve and Dennis on the hunt for the former’s daughter after she takes a recreational drug that briefly sends its users back in time. 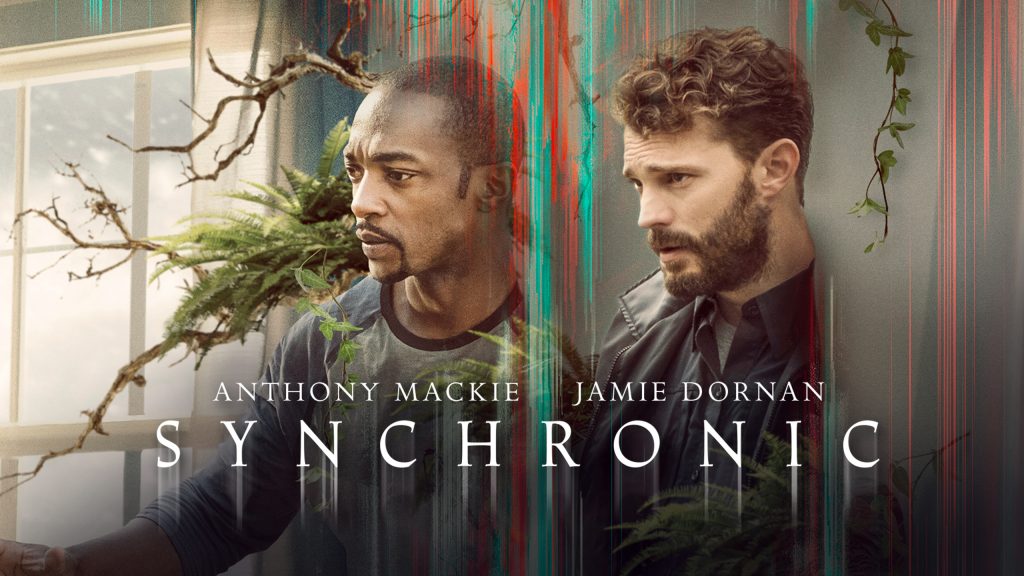 Determining how to depict time travel on-screen is something many filmmakers seems to struggle with, especially when they don’t have the backing of a Hollywood blockbuster budget. Thankfully, Moorhead and Benson’s approach was the ideal experience when it came to crafting the world of Synchronic.

“It’s funny”, Aaron tells us. “Synchronic was our first union film. And in doing so, it’s also one of the first films where we had a VFX team. We approach it feeling like it would be a lot less DIY than our last thing; a larger machine. We had a bit of a larger budget, but not nearly as much as people think.

In many ways, working on Synchronic felt no different to their previous films. “We had time travel involved, but I don’t think that time travel is in any way visually or conceptually all that much different from a malevolent god that causes time loops in the boonies of San Diego. Those both carry the same amount of weight.”

Without giving anything away, Synchronic explores not just when its characters are travelling to, but the importance of who is time-travelling – something that Anthony Mackie’s character learns quickly as a Black man returning to the past. So what were the key concepts Moorhead and Benson were looking to explore with the plot device of time travel?

“There was a general idea of using the past as a sort of monster, and nostalgia as a monster in the sense that it seems like whenever you look at extremist movements – whether political or social – nostalgia seems to be a tool they have in the toolbox. It’s used for the evil they do”, explains Benson.

“It seemed that with that you can tell a story where, again, the past is a monster and nostalgia is the weapon it uses.”

While Synchronic is a standalone film, the duo had previously connected two of their previous works, Resolution and The Endless. It’s a pleasant surprise for fans of their first feature, and cleverly ties the two together in a thematic and narrative sense.

“The connection between The Endless and Resolution are definitely more than a cheeky nod. We always knew that there was more story to tell within the concept of Resolution, and there’s about a billion points of intersection that are hard to pick up in one viewing. But they definitely intersect in more than one scene; they actually intersect the entire movie.”

Whether this is something to return to the well for in their next feature film effort hasn’t yet been decided, but certainly seems on the cards, according to Moorhead. “We really do want to return to that universe, and we’re plotting exactly the right way how.”

“But if you want to ship us the budget for a TV show, we will start making the Endless universe TV show just for you”, he jokes. 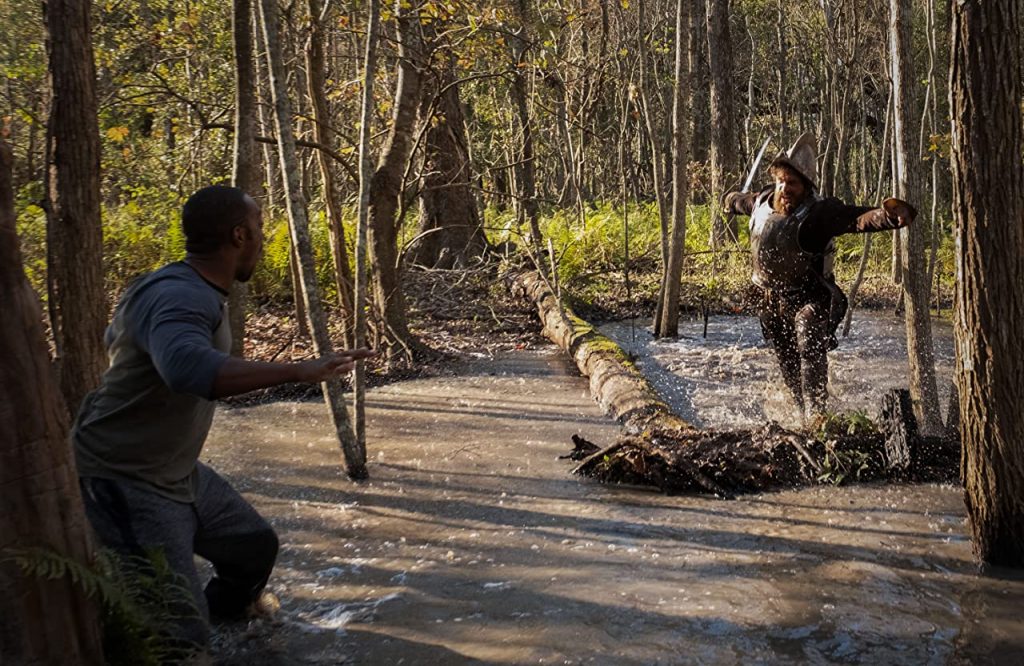 Considering the top-notch premise and execution each of their films have boasted so far, it wouldn’t be surprising to learn they have a vast collection of elevator pitches filed away, waiting for the chance to be developed as feature films. When it comes to the writing process, Moorhead and Benson start small with the hook and let all the elements spiral out from there.

“It usually starts with the sci-fi or horror premise, and the characters quickly follow”, explains Benson. “I think in the case of The Endless, we started with the theme. But even when you look at some of our more minimalist, chatty movies – and they’re all a bit minimalist and chatty – even Resolution is more like a chamber piece.”

“That movie literally started with the idea of an unseen entity observing someone and transmitting those observations to recordable media. Not everyone who watches that movie is going to get that from it, but that was the idea. It was literally the first thought, and the character stuff grew from there.”

Moorhead adds: “It can start with something very small, and then it spirals. I don’t know if the process can ever be described as complex. Normally there’s a single idea, and we start riffing on it.”

As Synchronic releases into the wild, they’re busy at work on their next project – a far cry from what’s come before. Having directed an episode of CBS’ reboot of The Twilight Zone last year, the pair are returning to the world of TV, directing an undisclosed number of episodes for Marvel’s Moon Knight series alongside director Mohamed Diab.

Although the transition from indie genre filmmaking to big-budget Marvel television series must be daunting, Moorhead and Benson have found themselves deeply enjoying the experience.

“In TV, you’re entering into a process that has already begun before you were on board. That’s actually really, really fun, because you’re able to make discoveries that you wouldn’t have thought about until they were placed in front of you. We’ll be doing this for a very long time, while also keeping an eye on returning to our next indie feature.”

“We are always constantly working on these small independent films where it ultimately comes down to us being responsible for everything, from the conception onward, even though they’re collaborative and we have collaborators,” Benson adds. “They’re so intensely personal in some ways.”

For these two, the transition has actually been a learning experience; a greatly rewarding one. “For us, it’s really interesting, because we’re always making these small, independent films concurrently with everything else we’re doing. We never get those frustrations, because we have both worlds. You have the TV world where it’s a big, giant brain-meld of a lot of different people, and the other world where everyone will know that the project is a personal expression of us.”

“They build on each other,” Moorhead explains. “One thing I love about TV is that you work with way more actors than you do when directing an indie film every two years. You learn from watching the actors work, and you bring that to yourself as a director and also as a performer. That’s not just actors; it’s also every crew member.”

“You actually start to learn a little more, and in the end it makes your indie filmmaking better as well as it makes your TV work better. Whatever was personal about your independent film, a lot of the time you can find ways to bring that to your TV experience, and that’s one of the reasons you get hired for it. They coexist very, very nicely for us.”

SYNCHRONIC is now available on Blu-Ray, DVD and Digital.