Savage State is the second feature film from French writer/director David Perrault, and frankly, it’s quite refreshing to see a Western produced outside of the United States. It’s not just the French language and cast that make Savage State stand out from the crowd; as critics have noted, it’s also a female-driven character study that breaks from the well-tread ground of the genre in multiple ways.

After a successful North American premiere at last year’s Fantasia International Film Festival, Savage State is finally headed to On Demand and Digital. Kyle dialed in to Paris to speak with Kate Moran (Knife+Heart, Saint Laurent), who plays the dangerously unpredictable and complicated outlaw Bettie. 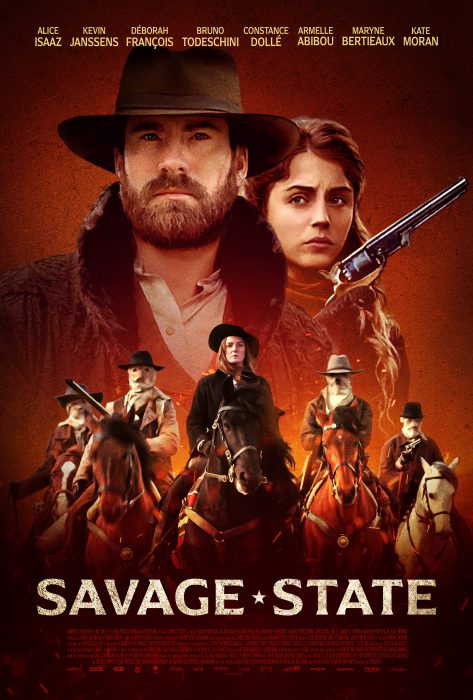 The American Civil War breaks out…

A family of French colonists, settled in Missouri, decides to go back to France. Edmond, Madeleine, and their three daughters have to cross the whole country to reach New York. They are led by the mysterious and dangerous mercenary, Victor.

What were the primary shooting locations on Savage State? There are so many beautiful landscapes, and the landscape as a character is such a big element of the Western genre.

Kate: The film was shot in a lot of different locations; I wasn’t necessarily in all of them. We shot in France, a little bit outside of Paris, and then in Spain and in Canada.

That’s pretty impressive to pull all that together and make it look like a consistent single region on-screen.

Kate: Yes, obviously it’s a period piece, so it has to be an open space and they cross over many different landscapes. So you have to shoot in quite different places in order to get that quality.

Your character Bettie isn’t the only antagonistic figure in Savage State, but she’s by far the most dangerous. I got the sense that she was in some ways a reflection of what Esther could become if she reacted to her circumstances in a different way.

I’m curious about your thoughts on the idea of Esther starting off in a life of privilege and safety, which erodes throughout the film, and Bettie who seems to have already found herself at rock bottom and become comfortable with that.

Kate: I love the character because of her wildness, and these animal instincts that she has about her that have nothing to do with this refined society of everyone else. Her capacity to live off the land and her sense of survival is something that I found really fun to explore. She was tough, but she didn’t have any sort of moral baggage of the society around her. She was sort of immune to that. 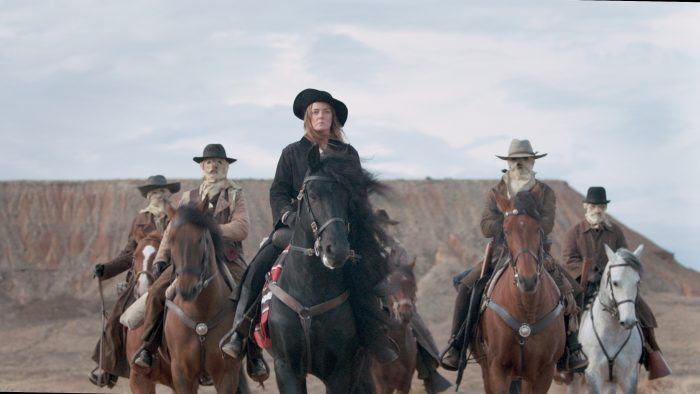 One of the aspects of Savage State I enjoy the most is that it does have a lot of the trappings of what you expect from a traditional Western film, but it’s really much more of a character study than it is a Wild West flick. It does an excellent job of taking the elements of the Western and depicting it in different ways through its characters.

Kate: I think that was a part of the strength of David’s (Perrault, director) script and this film; the fact that we brought this very well-known genre and twisted it around to not be typical of what you would expect. I thought that the way that he portrayed the landscapes as characters as well as the actual people was also very, very smart. When I saw it, it was something that stuck out for me as an audience member, and that’s something you don’t see when you’re actually in the middle of shooting it.

Seeing the final product must always be an exciting surprise to some degree, compared to your experience of shooting.

If I was to describe your character of Betty, I would say there’s this confidence and animalistic violence, but there’s also fragility under the surface – somebody who’s been hurt and has turned to hurting others as a response. When it came to deciding how to portray her, what was your approach?

Kate: For any character that I portray, I try to find how to inhabit their skin. With Betty, I found her to be very, very much like an animal; like a wolf or a wild cat. You didn’t really know what she was going to do. I always felt like, at any moment, I could jump in there and shoot, I could jump in anger, in joy. 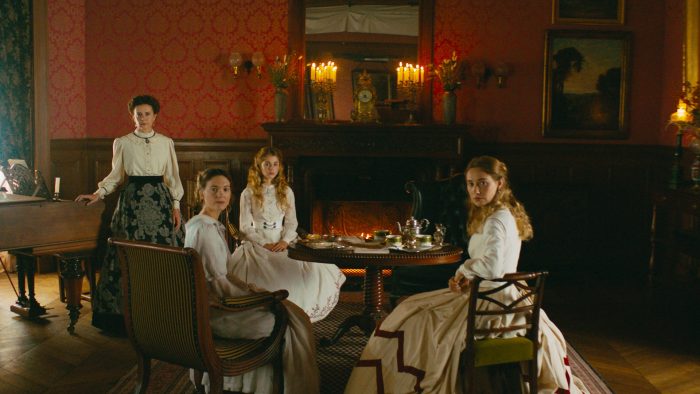 Somebody who’s quite lost, in their sense of self.

Kate: Really, she’s living to survive. And it’s about what that means, and what that takes away from humanity. Obviously, there was also this secondary story to the greater story of their escape; the story of Victor and his love life with Betty and Esther. Even for Betty, she doesn’t know how to define that. Does she even really know that what she feels is some kind of love or passion? Or is she also confused by that feeling towards him that she has? I like that confusion as well.

What else have you got on the horizon?

Kate: The next thing I’m supposed to be doing is a dance piece based in New York, but because of Covid-19, it’s been postponed. So we were already meant to be performing since last year, but because of 2020, we will hopefully be able to start in May. So I’ll be working with a dance company in New York on a new piece.

Fingers crossed that that will actually be able to happen, and we will once again be able to go to theatres and cinema and enjoy those things again.

SAVAGE STATE is currently available On Demand and Digital.