Nomi Ruiz is a woman of many talents. Her career as a singer-songwriter truly kicked off with the release of her 2005 debut album Lost in Lust. In the following years, she’s proven herself as a diverse musician whose inspirations range from 70s disco to electronic pop to the films of Dario Argento (giallo fans will be pleased to know her group Jessica 6 was originally known as Deep Red).

So it’s not surprising that her trajectory as an artist has also led her to the world of acting. Nomi landed the role of Gracie in Sons of Anarchy spinoff Mayans M.C, before appearing in Jason Segel’s surreal television series Dispatches from Nowhere. With the release of Nick Sasso’s feature film Haymaker, she can add leading role to her growing list of projects.

Written, directed and starring Sasso himself, Haymaker is an action-drama film following a retired Muay Thai boxer who finds himself in a much less fulfilling career as a bouncer. A chance encounter with performer Nomi leads to Nick becoming her full-time bodyguard, and as the pair grow closer, both learn far more about themselves than either could have imagined.

It’s always interesting when an actor is asked to portray a character who so closely parallels their own life. Nomi Ruiz is Haymaker’s Nomi, a trans woman whose exciting music career finds her travelling across the globe. Nomi’s own experiences were undoubtedly crucial to the performance, and Moviehole were lucky enough to speak with her about what it was like to take on such a reflective role, as well as how it felt to combine her worlds of music and cinema.

Although you’ve got some acting roles under your belt, your career is primarily as a musical artist. What in particular drew you to Haymaker as a project?

Nomi: I was actually at a point in my career where I was just feeling a little bit too comfortable. I had just released a new record, and I was coming down from promoting it. I was wondering what my next step was; I just wanted to be challenged creatively, and this fell into my lap.

It was sort of a beautiful coincidence when I met Nick; he pitched me the film, and he was so passionate about it. It got me so excited, and it made so much sense as my next creative step.

In Haymaker, you’re essentially playing a fictionalised version of yourself. That must have been a little strange at first.

Nomi: Yeah, it was interesting. I kept joking that I felt like my avatar has come to life; our image of ourselves that we project out into the world through the internet and publicity. I felt like I was giving life to that image, while also bringing a lot of my personal experience to the role, which is very cathartic for me. 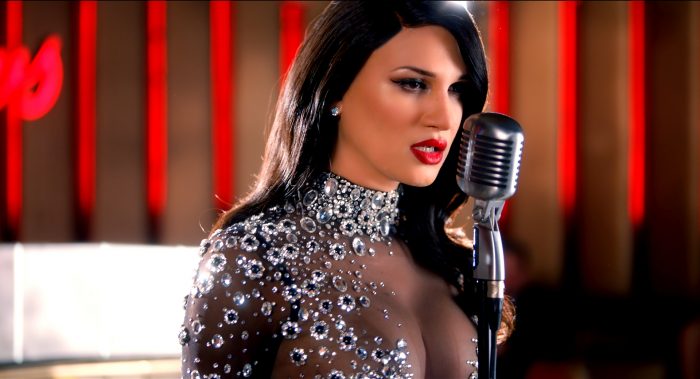 There are several concert sequences in the film, ranging from small club performances to big stadium shows. I assumed that the latter were real shows of yours that they shot for the film, is that correct?

Nomi: Yeah, that’s correct. There was one portion of the film set in Mexico, and at the time I had a live concert there. We used it for the film, which I thought was really beautiful. It gives it this documentary feel; that’s one of my favourite parts of the film.

It’s cool to be able to integrate two separate parts of your life together like that. The filming of Haymaker took place in multiple different countries, which isn’t typically something that smaller productions get to do. What was that experience like?

Nomi: Yeah, it was really ambitious of Nick, and we pulled it off. It was great, because those are actually the places where I built my career. I have a lot of fans in Greece, Mexico and also on the west coast. We had so much fun, it was really an adventure.

I’m also really happy that my fans get to see their culture and their cities represented a bit in the film; I just wanted them to feel a little bit as if they were a part of it. I got some friends of mine cast in it too, so it was a lovely little love letter to my fans and friends out there.

It also helps, production wise, that I had a lot of relationships that I had built in those places. So we got to bring cameras into places that we would not normally be allowed to, and they were really excited to support me in the film. 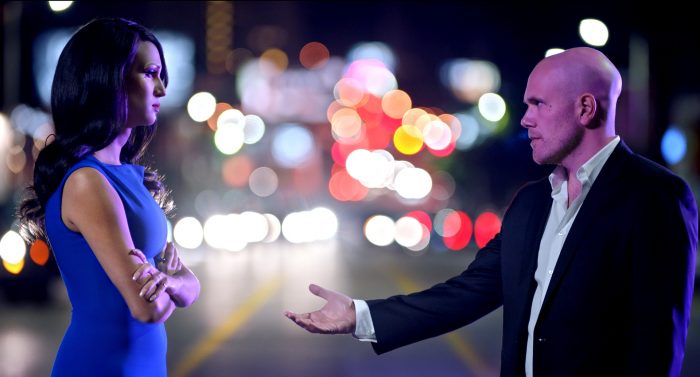 Would you say that shooting Haymaker might have given you the bug for wanting to do some more film or television work?

Nomi: Yeah, definitely. I really love and have respect for acting and filmmaking, and I can’t wait to do it again. I want to develop my own projects as well; ones that I’m working on now will hopefully be developed in the future. I love this as another tool to tell stories and connect with my audience.

HAYMAKER will be available In Theaters, On Demand and Digital from January 29, 2021.