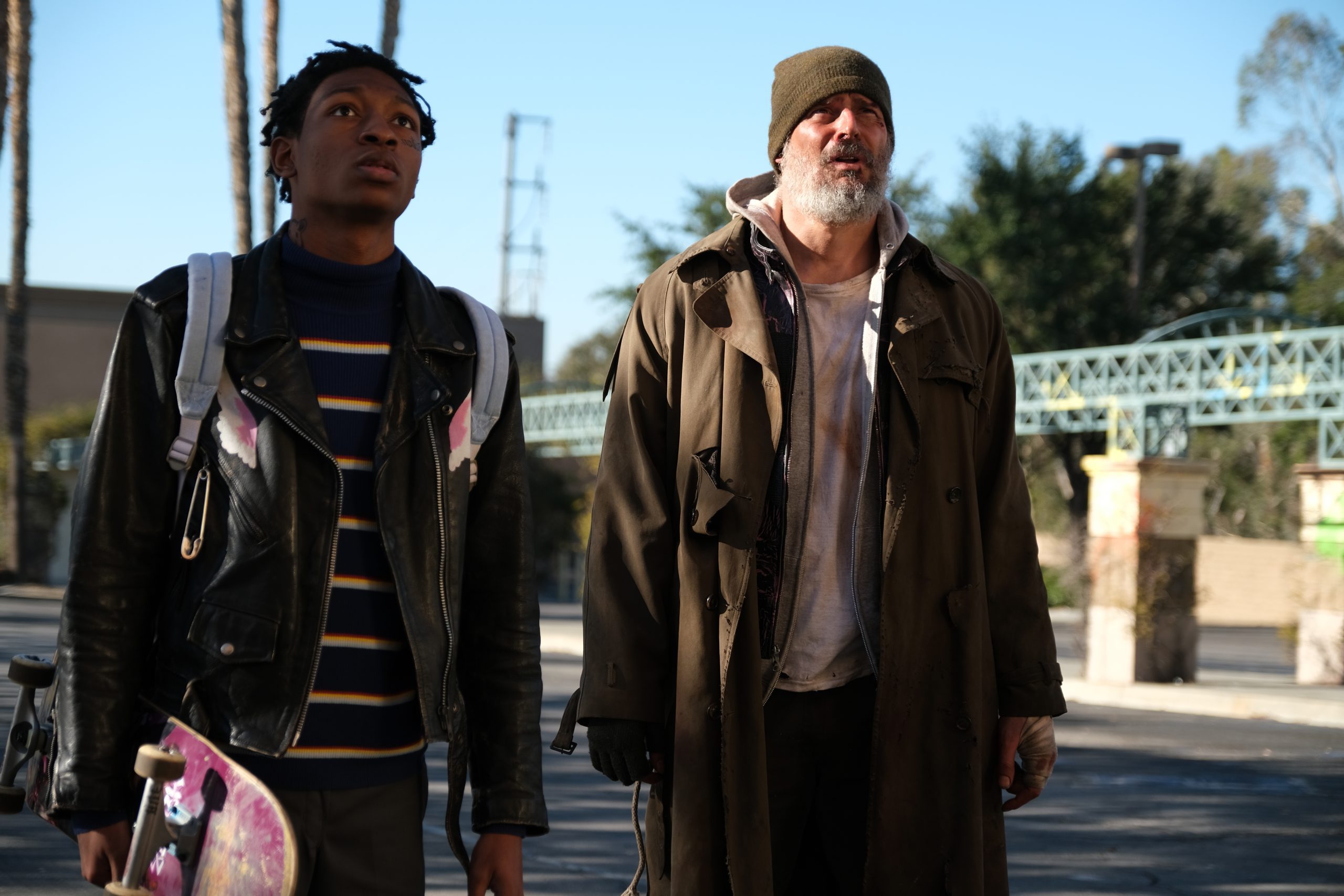 In a point in time where some of us may be feeling just a bit oversaturated with superhero movies, director Adam Egypt Mortimer has shaken up the formula with Archenemy  – a film I’d describe as a movie about a superhero that isn’t a superhero movie.

Joe Manganiello (True Blood, Justice League) is Max Fist, a homeless man who claims to be from another dimension where he was once all-powerful. If he could just figure out how to get his abilities back, both our worlds might have a chance – unfortunately, nobody believes him.

That is, until Hamster (Skylan Brooks) meets Max and decides to play along with the fallen superhero story, thinking he could be his ticket to viral fame. As their bond grows stronger, Hamster begins to wonder if there may be more to Max’s tall tale after all, and he and his sister might just end up needing his help…

It’s great fun, full of laughs and some very cool animated sequences that bridge the film’s narrative acts in a comic-book fashion. Skylan spoke with Kyle about getting a feel for the character of Hamster, the real Joe Manganiello and being creative under quarantine.

Archenemy is a super fun time. I really enjoyed Hamster as a character. Despite the fact that he and his sister are stuck in a difficult way of life, he hasn’t had his spirit ground down by it all. I’m interested to know how you went about embodying that energy in your performance.

Man, that was actually one thing I was actually doubtful about being able to do at first. I read the script, and thought “I like this script a lot”.

I love this story of a superhero who’s not really starting at the top; he’s actually at rock bottom. It’s about his redemption, and how this one kid – who has this unbelievable amount of belief in him when nobody else does – inspires him to reach for the top.

That combination was very unique. I wasn’t sure if I could pull it off, but I really wanted to try! One thing that was really important to me was that I felt that I couldn’t play this character if I didn’t understand him completely.

I was sent the script, and a character description, but when it was first sent to me I thought: “this explains something, but it’s not telling his entire story”. So even before I auditioned, I asked if I could talk with the director (Adam Egypt Mortimer).

We had a meeting, and we just talked about the characters for about an hour. It got me really intrigued and actually learning more about Hamster as a character; then developing that sense of charismatic innocence that he has. That was the only reason why I feel like I was able to pull it off so well, I guess, because Adam was able to give me that backstory. 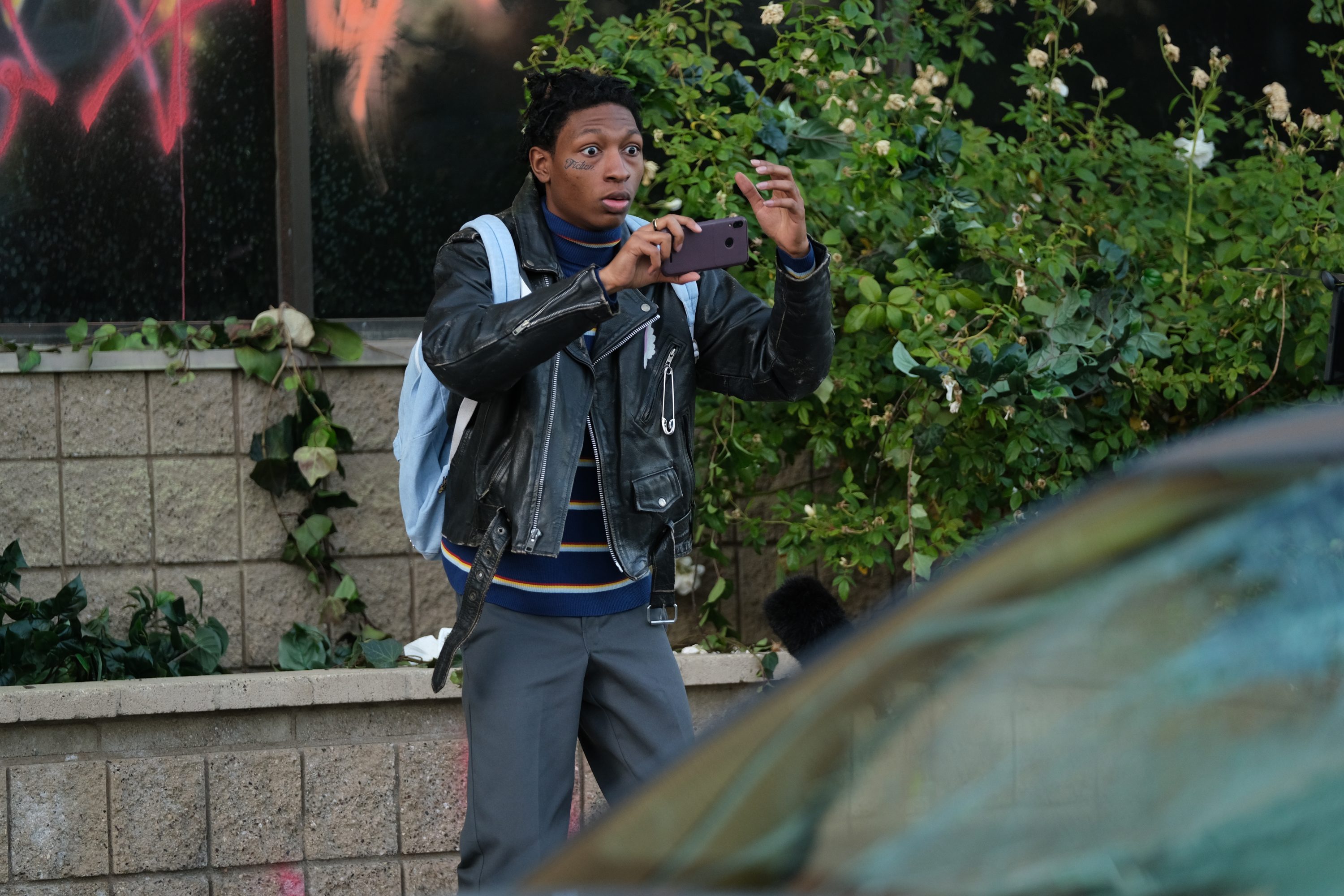 It’s so important to have a character to ground things, especially when a film is dealing with such dark stuff. But Archenemy manages to navigate those themes in a way that keeps it fun and entertaining without being flippant about them.

The character of Max Fist (Joe Manganiello) is a pretty rough-around-the-edges kind of guy, but Joe seems like a pretty fun guy in the real world. How was that dynamic on set?

One thing that I learned about Joe from talking was that he was actually a theatre guy, primarily. When he’s Max Fist, it’s almost like theatre mode. He’s so dedicated to the craft and telling this story of Max Fist authentically.

In a realistic sense, he gets really intense and is really focused; his priorities shift to the stakes of the character instead. I admire that, as an actor who definitely can do the same and really respect the story first when it comes to the character.

Outside of that, the guy is actually a huge Dungeons & Dragons fan. He’s a big guy, and I hear people talking about how he’s a big buff guy, super tall, you’d think he’d be into bodybuilding magazines or something.

But he’s big on video games. I’m into video games too – I didn’t expect him to know about The Witcher and stuff like that! He’s a really fun guy, even though his character was really intense and scary at some points. 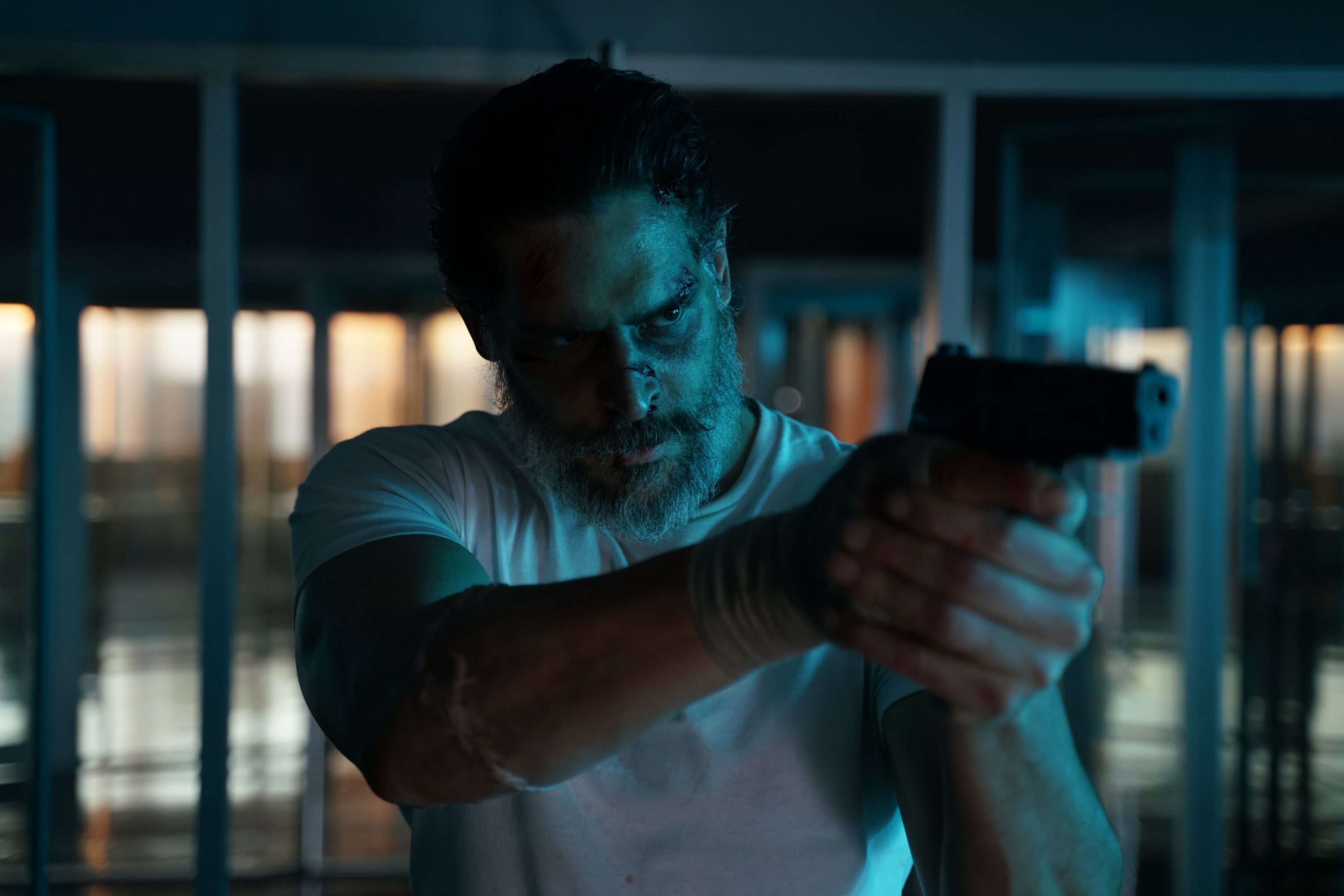 This has been a weird year for everybody in every possible way. But as an actor, how has your lifestyle changed to account for COVID – has the way you go about auditions, for example, changed dramatically?

Maybe not in the way that I do my job. But I would say that in the complete functional way that the industry has kind of gone silent, yeah.

I’m used to getting auditions and then working on them, sending tapes, or going to the audition in person. I’d meet the casting director, or meet a producer, and have those interactions where you’re not just acting and going in and taping – you’re actually meeting people and getting to socialise.

I feel like that element, which was very important and constructive, is missing. And rightfully so, as we’re all just trying to be careful and quarantine for everyone’s sake.

But now things are kind of shifting; a lot of productions are getting themselves together. They’re getting budgets to work with the COVID protocols, and just trying to be safer in general.

In that way, I feel that it kind of reverts back to the idea of, what do you do when you aren’t acting? For me, that was creating my musical EP, which is coming out later this month. I’m also working on music videos, and that will be coming out shortly after Archenemy, actually.

I’ve also been working on my own scripts, putting together a TV show which I hope to put into production next year. It’s called Dope Dealer, which is about the opioid epidemic and how it affects families across America.

So I’ve really been keeping busy and working on myself, trying to make products that I’m passionate about and would like other people to get involved in.

In times like these, it’s so good to have lots of projects to keep focused on.

One last question for you! I know this is an on-the-spot kind of thing, but lately I’ve been asking people if there are any particular movies or television shows that have really made a big impression on them this year.

Oh, man. If I could look at my Netflix account right now, I could think of a movie that I’ve watched. I haven’t watched too many, as I’ve been creating a lot.

But yeah, I’ve watched a couple of shows that I actually really enjoy. There’s one called Shooter, with Ryan Phillipe. I really enjoyed the story behind it; it’s about a guy who’s considered the best sniper in the military. He gets framed for the murder of the U.S. President, and he and his family have to try and clear his name.

He’ll do whatever it takes by using his marksman ability to literally take out the people who framed him. It’s crazy start-to-finish action, but I love the intensity. It kind of sparked me to play a role like that, if the opportunity ever comes. It was really fun.

I’ll totally add that to my watch list. I have a billion different things I’ve been meaning to watch, and that’s why I’ve been asking this question during interviews lately – I love to hear what art makes artists feel so passionate about what they do. 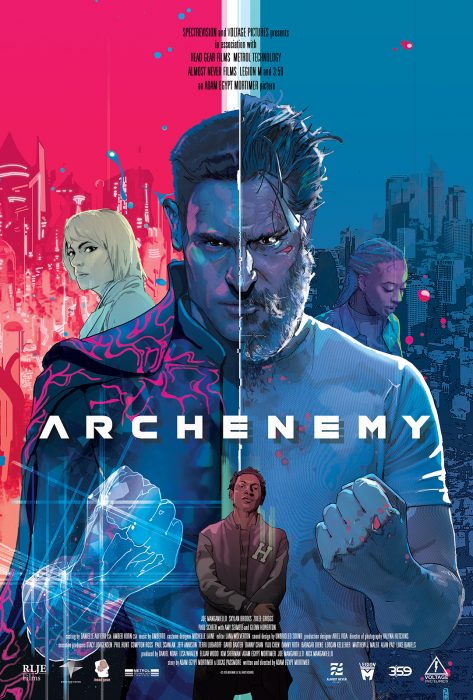 Archenemy is now available on VOD and digital platforms.