Jiu Jitsu, the latest action-packed feature from writer/director Dimitri Logothetis (Kickboxer: Vengeance, Kickboxer: Retaliation), is a bit of a fever-dream in concept. Jake Barnes (played by Alain Moussi, frequent collaborator and long-time friend of Logothetis) is an expert Jiu Jitsu fighter, who finds himself gravely wounded and suffering from amnesia after he clashes with a mysterious alien entity somewhere in Southeast Asia.

It’s not long before the creature strikes again – except this time, it has to reckon with the fighting force of an ancient order of Jiu Jitsu fighters (Frank Grillo, JuJu Chan, Tony Jaa) led by Nicholas Cage. 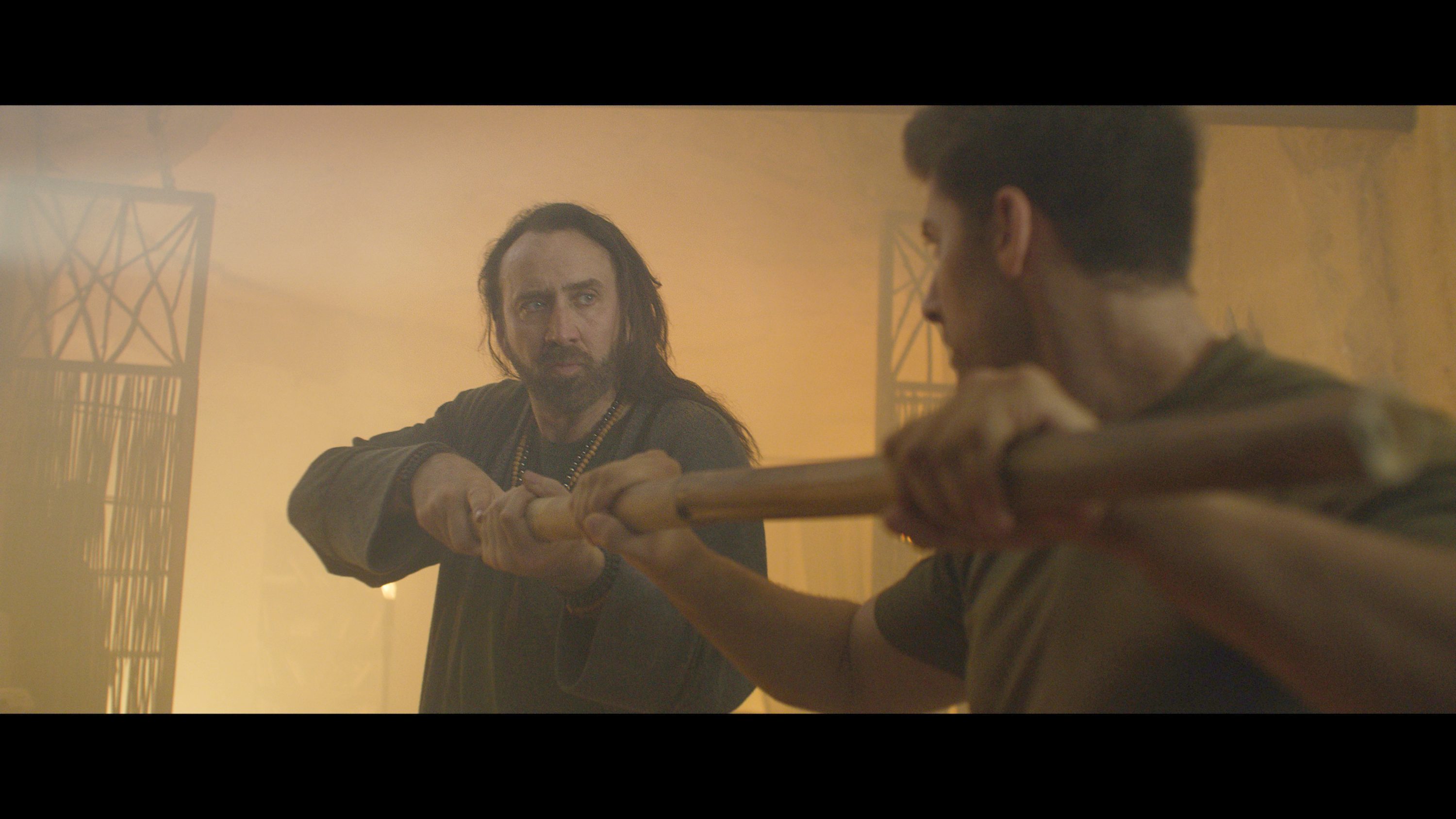 For the most part, it’s as wild as it sounds. Logothetis’ passion for authentic action choreography shines through each fight sequence, particularly in an impressively well-coordinated, gonzo-style long take in which Moussi and Grillo absolutely demolish a compound of armed soldiers with their bare hands. No stunt doubles here – just a talented cast of professionals doing what they do best.

Nicholas Cage clearly knows exactly what kind of movie he’s in; embracing the role of the order’s leader with a pitch-perfect campy eccentricity. He infuses the film with the 80s action flick energy it demands – and honestly, it’s worth watching just to see a long-haired, robed Nick Cage wearing a hat made from newspaper. 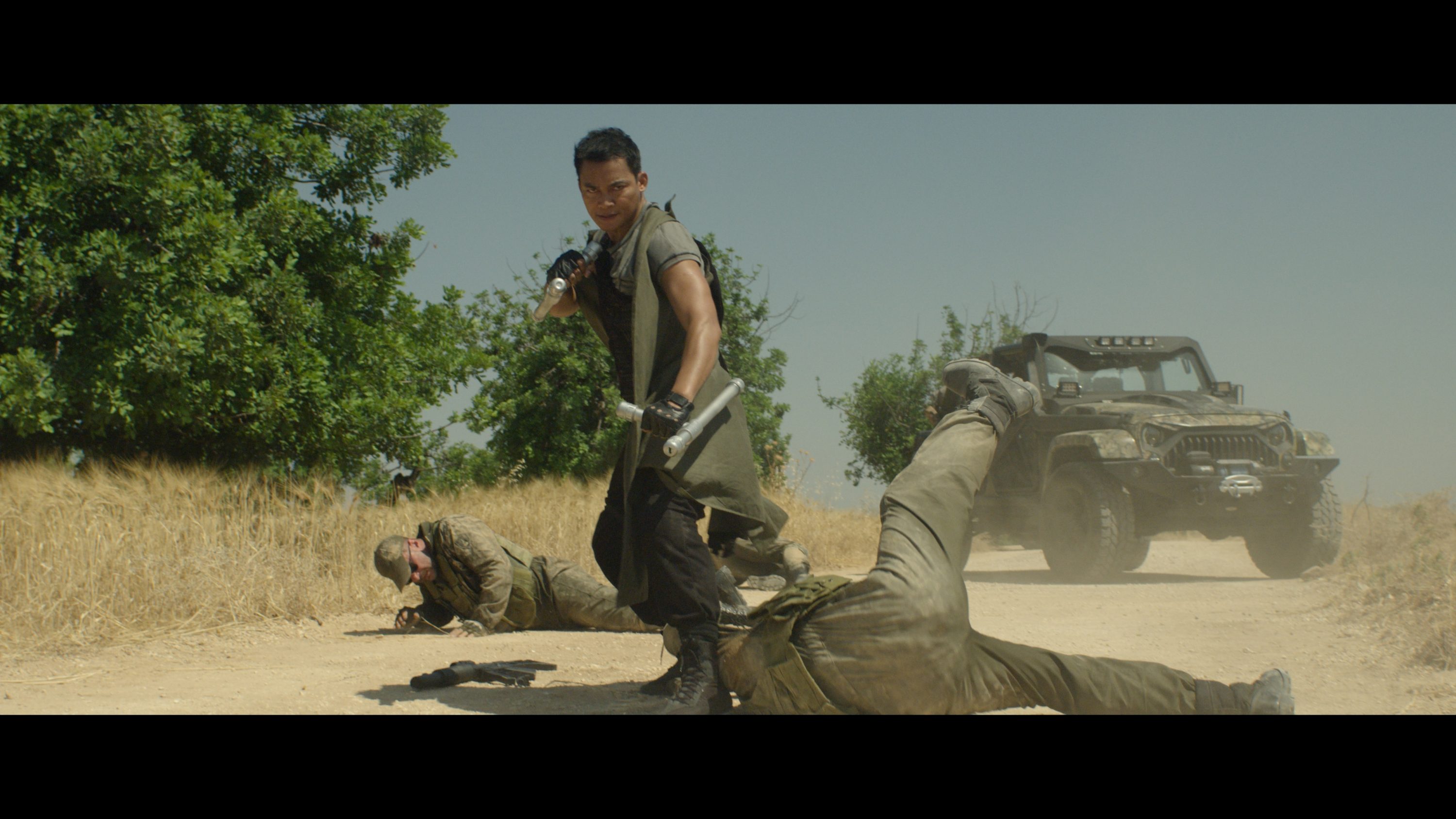 Jiu Jitsu does lose a little bit of its steam around the third act as it slows down the pace to provide exposition and character conflict, but the final confrontation between Earth’s greatest martial artists and the alien invader (whose space suit is gloriously H.R. Giger-esque) brings it screaming back.

It doesn’t quite go far enough with its wacky energy to land in true cult classic territory; but for fans of genre cinema, this flick and a bag of popcorn will make for a great pairing.