The long-proposed “Naked Gun” reboot may have landed its star – and, I gotta say, it spurs a smile.

Liam Neeson, out promoting his latest flick “The Marksman”, tells People that he’s involved in a possible revamp of the classic Leslie Nielsen spoof.

There have been many attempts to get this series going again – likely proving difficult since the passing of franchise star Neeson – but a name like Neeson could be just what the investors need to stamp the contract. 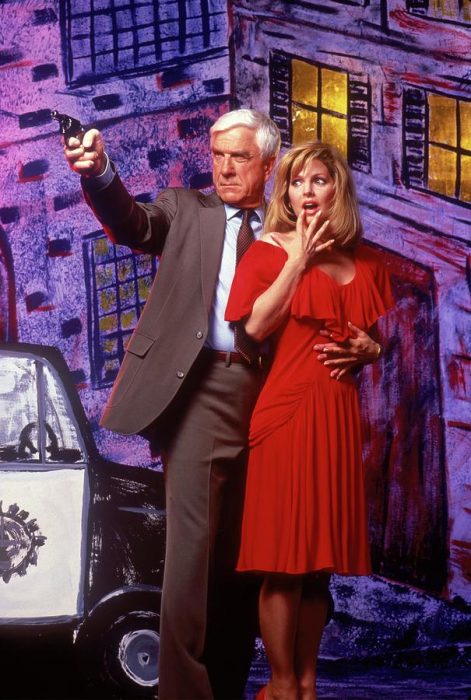 Neeson believes the film could “either finish my career or bring it in another direction. I honestly don’t know”.

No doubt MacFarlane selected Neeson to star having previously worked with him on the films “Ted 2” and “A Million Ways to Die in the West,” and having him make guest turns on “Family Guy” and “The Orville”.

A previous attempt at resuscitating the “Naked Gun” series involved having Ed Helms (“The Hangover”) play Drebin; “Reno 911” alumni Thomas Lennon and R. Ben Garant were onboard to write. No word if Helms, Lennon and Garant are involved in this latest take.