A bright speck of gold has been found in the dam of turd soup that is 2020!

Michael Keaton, regarded by many to be ‘the best Batman’, is reportedly in talks to reprise his role for a series of films over at WB.

The actor, who portrayed the billionaire playboy who gets about in charcoal duds after dark in two Tim Burton flicks (“Batman”, “Batman Returns”) in the Bush-era, would paste on the cowl for the first time in over 30 years!

So, what’s the deal? Keaton, now a big-time Oscar winner and in-demand A-lister thanks to his turns in films like “Birdman” and “The Founder”, would play Batman in Warner’s “The Flash”. The deal would also include a couple of follow-up appearances in other superhero flicks like “Batgirl”.

This wouldn’t mess up Matt Reeves’ plans for “The Batman”, starring Robert Pattinson as a younger Batman, since “The Flash” movie will introduce Keaton’s Batman as coming from another earth in the Multiverse. Fans of the comic, and even The CW’s small-screen incarnation, will know how that works. 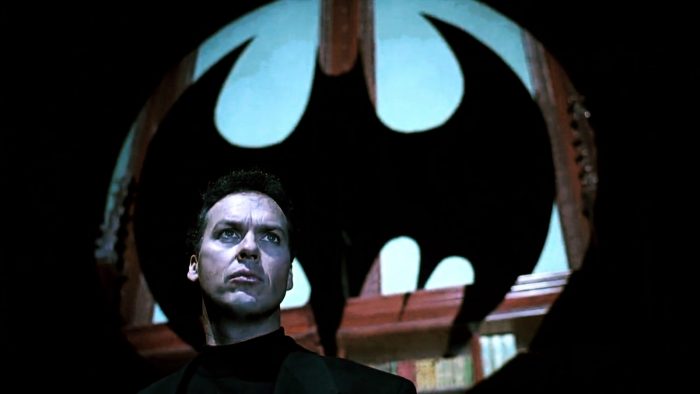 Keaton’s Batman, now obviously significantly older than he was when we last saw him (battling The Penguin), would serve as somewhat of a mentor (like DC’s equivalent to Marvel’s Nick Fury) across the WB superhero films.

Keaton originally exited the role of Batman in the early ’90s, leaving Val Kilmer and George Clooney, respectively, to pick up the mantle.

Though the actor, 68, has never expressed public interest in reprising the role, it’s believed The CW did reach out to Keaton’s camp to see if he’d be interested in reprising his Caped Crusader for last year’s “Crisis on Infinite Earths” event. While he passed, the idea may have stuck with Keaton and co.

Keaton also isn’t against superhero fare either, having played a villain in the last couple of “Spider-Man” movies for Sony.

According to The Wrap, who has the scoop : “”The Flash” will disregard the latter two entries entirely, and explore what Keaton’s version of Batman has been up to since we last saw him. Loosely based on the 2011 DC Comics crossover event “Flashpoint” — previously announced as the film’s title at Comic-Con 2017 — the story sees Ezra Miller’s Barry Allen travel back in time to prevent the death of his mother. The result? Allen inadvertently creates another universe protected by Michael Keaton’s Batman, now 30 years older.”

“It: Chapter Two” director Andrés Muschietti has the helm of the superhero film, which stars Ezra Miller in the role of the speedster. It’s eyeing an early 2021 production start.