Leatherface is back and looking pretty terrifying, in the new poster for the upcoming reboot of “The Texas Chainsaw Massacre”.

The specific plot of the movie, due out in 2021, is unclear at this stage, apart from being a sequel to the 1974 Tobe Hooper film, ignoring every other “Texas Chainsaw Massacre” film that’s been released.

The poster states – “In 1974, the world witnessed one of the most bizarre crimes in the annals of American history. In 2021, the face of madness returns.” 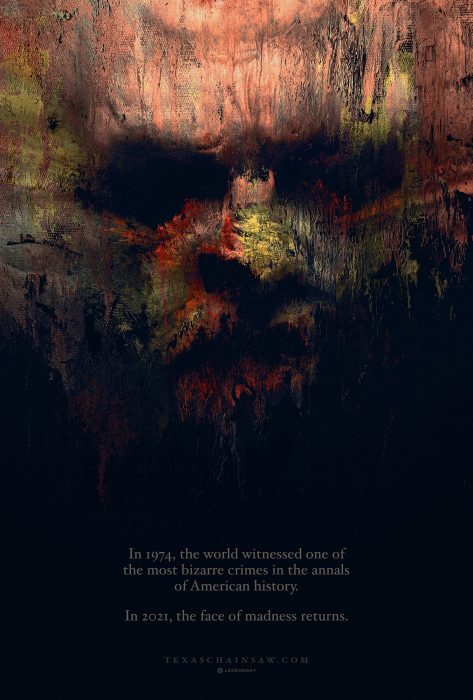