We know not to take too much notice of what comes out of Quentin Tarantino’s mouth, right?

Not to say he’s spinning shit, he’s not, he’s genuinely interested in seeing some of these things happen – he also knows none of them will likely come off. Furthermore, with the “Pulp Fiction” director declaring that he’s only got one more movie left in him, some of these ideas are obviously going to just fall by the wayside and forever remain fabulous ‘what ifs..’.

Tarantino has long expressed interest in doing a second sequel to “Kill Bill” and seems he’s still keen on pondering what that might look like. Would it ever happen? he doubts it. If it did? “Stranger Things” star Maya Hawke would star in it. Maya, of course, is the daughter of Ethan Hawke and original “Kill Bill” heroine Uma Thurman.

“I think it’s just revisiting the characters twenty years later and just imagining the Bride and her daughter, BB, having 20 years of peace, and then that peace is shattered,” Tarantino said in an interview with The Joe Rogan Experience. “And now the Bride and BB are on the run and just the idea of being able to cast Uma [Thurman] and cast her daughter Maya [Hawke] in the thing would be fucking exciting.”

Hawke appeared in Tarantino’s most recent film, “Once Upon A Time in Hollywood”. 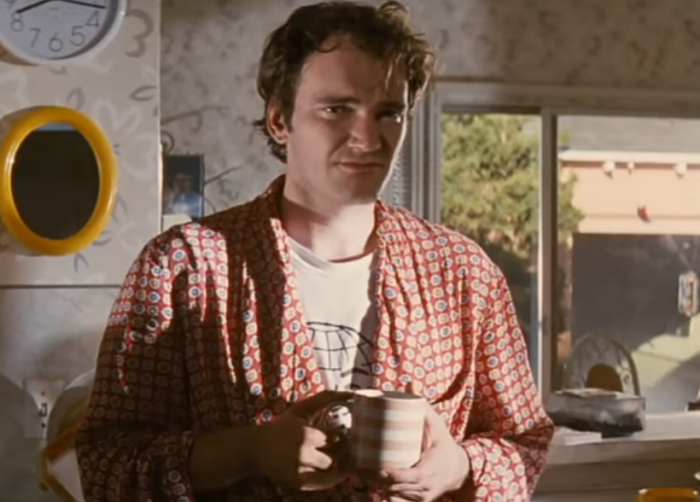 The filmmaker, who also recently suggested he briefly considered doing a remake of his own “Reservoir Dogs” for his tenth and final movie, has also got an idea for a remake of Stallone classic “First Blood” – one that would share more in common with David Morell’s original novel than the 1982 film.

“I would do the novel,” he tells The Big Picture podcast (via The Playlist). “And Kurt Russell would play the sheriff, and [Adam Driver] would play Rambo. Every time I read [the novel], the dialogue is so fantastic…[The film] would be so good.”

Seems he’s spoiled for choice. In addition to his oft-mooted “Star Trek” project, as well as the aforesaid films, he told The Big Picture Podcast that he’s been offered the chance to direct a bigscreen remake of “Westworld”, as well as a film based on comic classic “Sgt.Rock”. There’s also the Aussie thriller, set in the outback, that he once mentioned was a possibility. Most likely? it’ll be nothing we’ve ever typed a word about on the site.