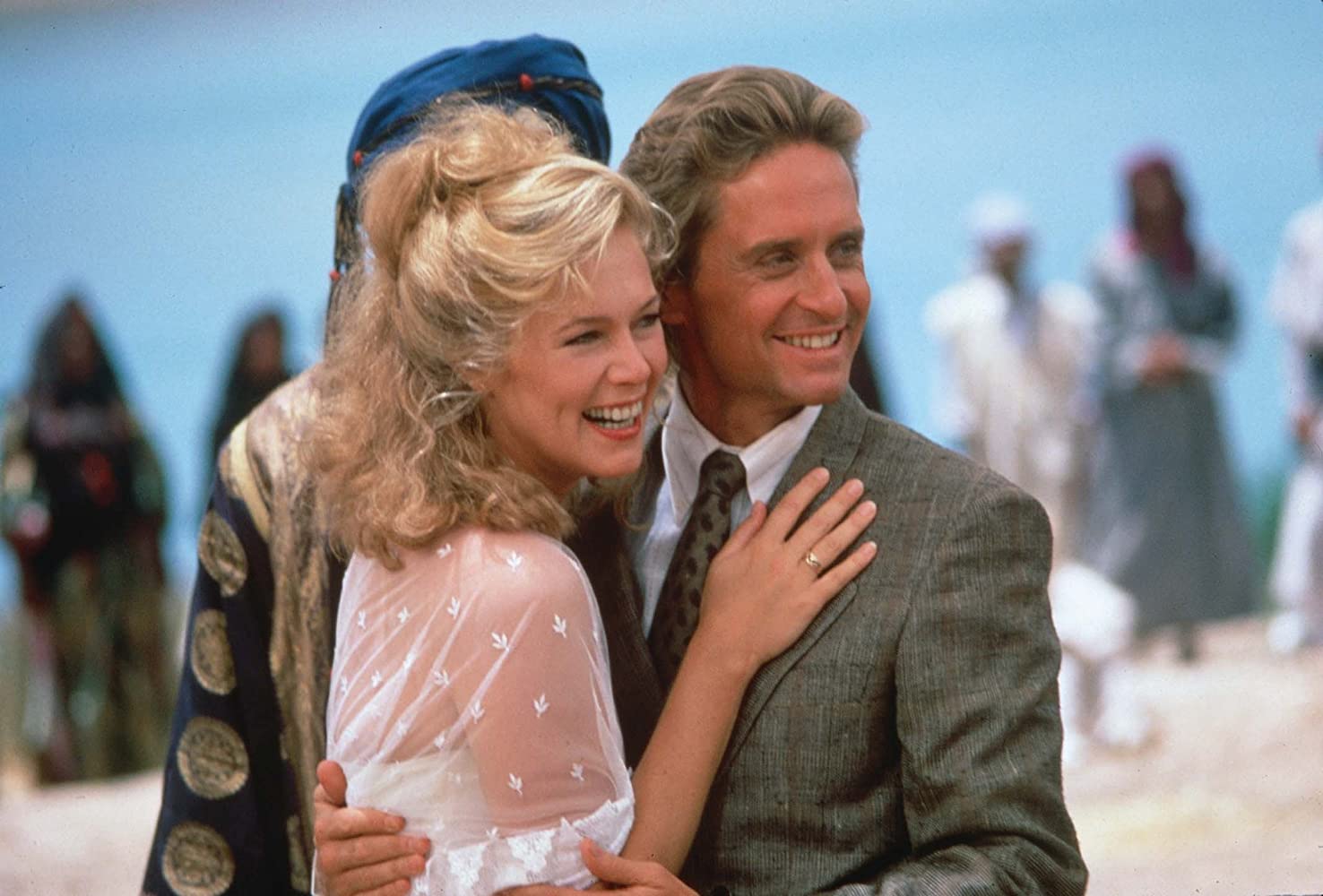 Romancing the Kominsky : Turner joins Netflix series as a regular

“Romancing the Stone” and “War of the Roses” duo Michael Douglas and Kathleen Turner – these two would have to have one of the most electric friendships in showbiz, I reckon – are reuniting for…..

…. sadly, not a new Jack Colton and Joan Wilder adventure.

Instead, Turner’s been brought in to fill the void over on Douglas’s series “The Kominsky Method”.  Alan Arkin has parted ways with the laffer, so Douglas has roped his old on-screen sparring partner into co-starring for the third and final season of the Netflix offering.

Turner, who also starred opposite Douglas in the ill-fated “Stone” sequel “Jewel of the Nile” (still, can’t hurt asking for a proper sequel, can it!?),  appeared in a guest-starring role in Season 2 as Roz Volander, the ex-wife of Douglas’ character, Sandy Kominsky.

According to The Wrap, who had the scoop, Roz is “a highly skilled doctor with whom (Sandy) has a very volatile relationship. Roz comes to L.A. to spend time with their daughter Mindy (Sarah Baker).”