Robert Englund has revealed that, back in the ’90s, he wrote a sequel to the original “A Nightmare on Elm Street” which would’ve pitted the Christmas jumper-wearing fiend against Tina’s sister.

“I submitted [a script] back in the day, around [A Nightmare on Elm Street 3: Dream Warriors], which would be the older sister of the character Tina from Nightmare 1, would return to the franchise, or would be introduced to the franchise as a kind of collegiate, X-Files Nancy Drew, because she was on this obsessed quest to find out what really happened to her sister. I think that would be really interesting, to discover the truth of the ‘Nightmare on Elm Street’ to the eyes, and then she would fulfill the balance of the ingredients and the recipe and the menu of Nightmare on Elm Street, which is you need a strong woman, always, to take you through. It always has to be through the eyes of a strong woman, because even if they’re skeptical and wise and cynical, they still need to lose some of their innocence about the darkness and the evil that lurks in the world.” [More…]

Meanwhile, the writers of 2003’s “Freddy vs. Jason” say they’re still keen to make a sequel to the film. “We still want to get it made! We would always love to do another one,” Damian Shannon and Mark Swift said on Twitter. “But it’s always good to get fresh eyes on the material, no? We’ve had our day. We’ve written for Jason more than any other writer, I think. Let someone new come in and give it fresh blood!” I doubt it’ll ever happen, but gosh, it would be nice.”

Out promoting his latest film “Goalie”, versatile actor Kevin Pollak said he’d be very keen to reprise his role as a Brownie in Disney+’s upcoming “Willow” series if he’s asked. “If I’m asked, yes, I’d love to do it. It has to be considered a possibility simply because Ron Howard eventually tweeted that he was interested in seeing where Willow is at all these years later,” Pollak confirmed. “It went from rumors to his showing some interest. I’ve not heard of any production, and I’ve not heard of any scripts being written. When Ron said that he wanted to pick up where all these years later with the same actor, Warwick Davis, as Willow, that was the first hint that the Brownies, Rick Overton and I, may also be invited back.” [More..]

In a recent Twitter conversation, “Aquaman” co-writer David Leslie Johnson-McGoldrick said he’s still working on the script for the sequel, while in self isolation due to the Coronavirus outbreak. “It’s going good! I’m texting with JW about the draft of the script right now — I think you’re gonna dig it!” He added, “We’re not taking any one particular comic book story and adapting it, but if you want to know the vibe we’re going for, pick up pretty much any Silver Age story featuring Black Manta.” [More…]

In a great piece over at Bloody Disgusting, “My Bloody Valentine” scribe Todd Farmer speaks about the sequel that never came to be. “We would have opened with Axel and Sarah in the ambulance. And [Deputy] Martin, played by Edi [Gathegi], would have been still at the site and in charge, because Axel had been pickaxed. We had Axel headed to surgery, and Sarah – pacing back and forth – goes to call her mom about her son. While she’s in there making the phone call, she sees bloody footprints. And then Martin, at the mine, would find the body of [the rescue worker Tom murdered], stripped of his clothes, and he immediately knows what that means.” [More…] 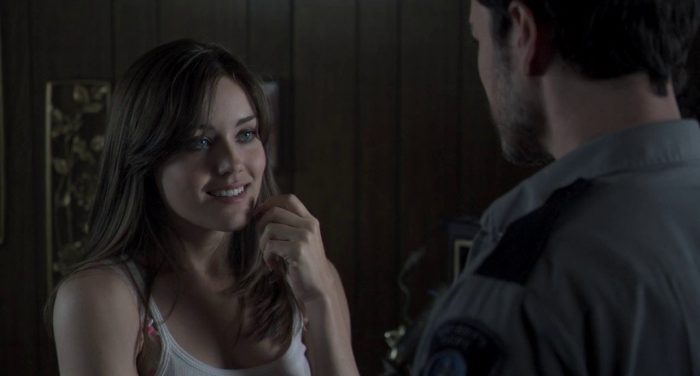 Jesse Eisenberg doesn’t know if it’s happening but does have interest in doing a third “Now You See Me” if it goes ahead. “I hear occasionally from my friends, the other actors in the movies, that ‘Oh, I’ve heard something’ and I go ‘Oh really? What’d you hear?’, but all we’ve got is ‘Oh, I hear they’re still working on it,’” the “Vivarium” actor said. “I’ve heard nothing, I wonder what the statute of limitations on that kind of stuff is, because maybe if enough time passes, there might be a decreasing level of interest in it.” [More…]