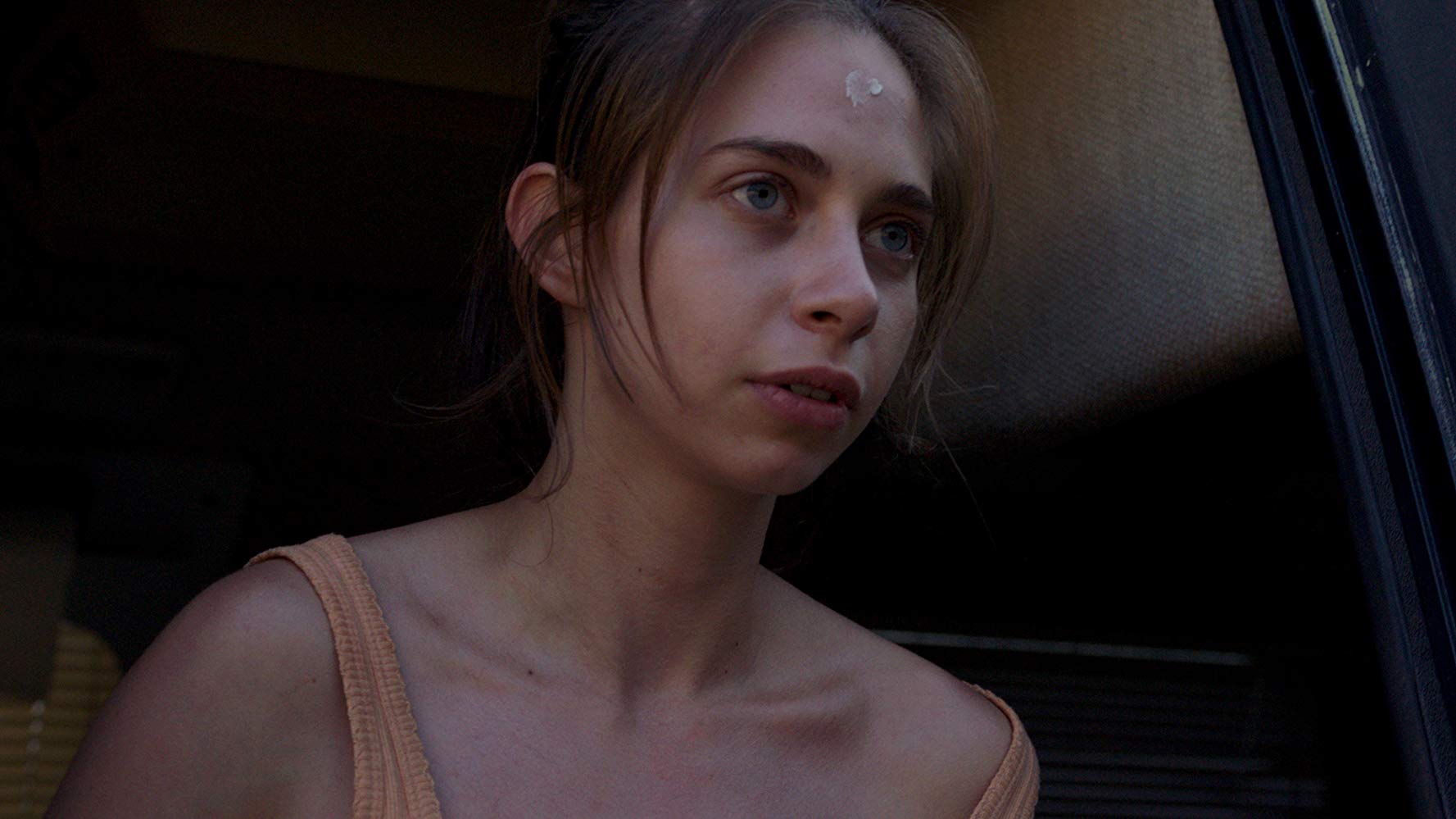 Spiral Farm is the feature film debut of writer/director Alec Tibaldi, whose most recent short After School landed him the Directorial Discovery Award at the 2016 Rhode Island International Film Festival. It’s no surprise Tibaldi’s work has resonated with audiences and festival jurors; Spiral Farm is a refreshingly grounded and well-constructed coming-of-age drama.

Piper De Palma – who previously collaborated with Tibaldi on shorts Ride or Die (2015) and After School (2016) – effortlessly carries the film as 17-year-old Anahita, a young woman living on an isolated, new-age commune. Despite her age, Anahita is burdened with the responsibilities of community service, caring for her sister’s young son and picking up the slack of her wayward mother, portrayed by Amanda Plummer (Pulp Fiction). It’s a life that demands emotional maturity and patience beyond Anahita’s years, and her dedication to these burdens is challenged by the arrival of Maurizio (Cosimo Fusco) and his son Theo (Teo Halm).

The new arrivals spark an awakening within Anahita, and her precarious odyssey into a life beyond her sheltered upbringing is deftly directed by Tibaldi. The camera has an intimate presence in the already cramped spaces on-screen; there are no sweeping vistas or intricate action choreography. It’s appropriately low-key, and it’s a beautifully grainy presentation that inspires screen-captures of any given frame. It’s also worth noting the deliberate manipulation of aspect ratio. While the majority of the film is in 4:3 aspect, the frame shifts to 16:9 at key moments of the narrative. It’s effective without falling into novelty, serving as a narrative device rather than a flashy presentation gimmick.

As seen over the decades with the likes of The Wicker Man, Safe and Midsommar, audiences may expect films focused on isolated communities to fall into dark, esoteric or surreal territory. Spiral Farm, however, instead aims to depict the real trials of transitioning to adulthood and carrying the weight of those around us. Anahita is a relatable character, a young woman struggling to provide for her loved ones but desperate to create a life and identity for herself. Thanks to Tibaldi’s script and a talented cast, Spiral Farm avoids falling into the predictable idealism many other coming-of-age films suffer from.

Even with a modest run-time (just short of an hour and a half), Spiral Farm packs in plenty of reasons to believe there’s serious budding talent behind and in front of the camera here.

Spiral Farm is now available to rent or buy on Amazon Video, iTunes and Vudu.

The Lodge review : it’ll mess with your mind
Scoob review : clever and funny, but missing something
Advertisement