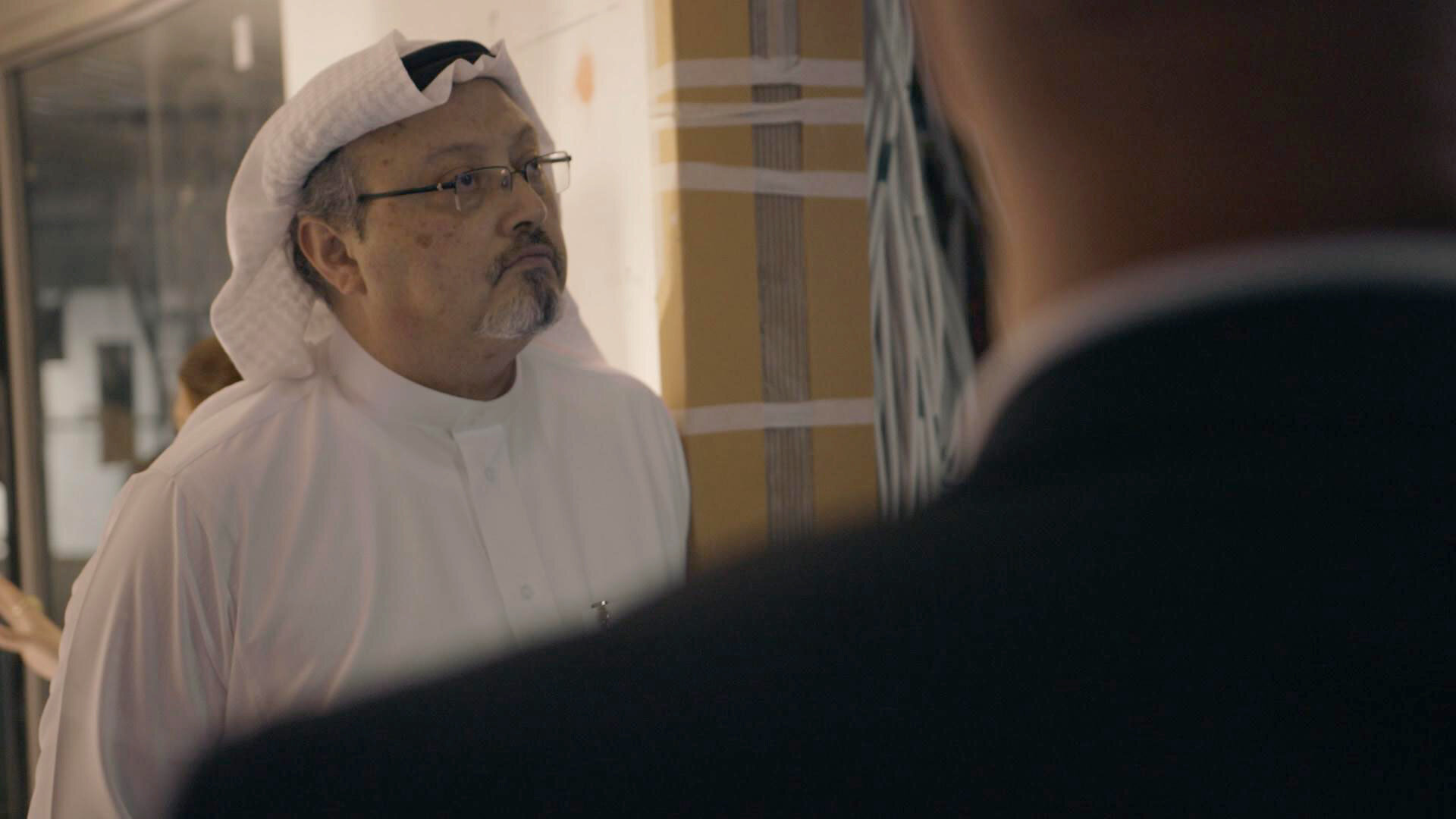 The Dissident Review : A Must See Film about Human Rights

October 2, 2018, Washington Post journalist Jamal Khashoggi, a Saudi National, walked into the Saudi consulate office in Istanbul, Turkey in order to obtain the necessary paperwork to marry his fiancé. He was never seen again.

We open in Montreal, Canada where we meet Omar Abdulaziz, a friend of Khashoggi, is traveling on the subway. While telling the interviewer he does not feel safe he receives a text. It informs him to be careful and to change his cell phone number. The final words are chilling: “They are going to kill you soon.” So begins a film that anyone concerned with Human Rights and the right to speak freely MUST see.

We learn much about Khashoggi, both the person and the journalist. A long time, and popular, Saudi reporter he trumpeted the successes of the Royal Family for three decades. Enter crown prince Mohammed bin Salman, referred from now on, and in the film, as MBS. Promoting himself as a new kind of leader (he opens movie theatres and allows women to drive) MBS is the man in charge of the oil, which is the lifeblood and currency of Saudi Arabia. However, he is in reality not a nice guy and soon Khashoggi begins

to write negatively about him. Being the age of social media, Khashoggi beings sending unflattering tweets. Twitter is a big deal in Saudi Arabia, with over 80% of the population tweeting daily. To combat the negativity, MBS employs hundreds of “trolls” to drive down the popularity of Khashoggi’s tweets – not allowing them to trend – and spread disinformation. Fearful for his life, Khashoggi leaves Saudi Arabia in late 2017 in self-exile. But he doesn’t stop writing.

I try to keep politics out of my writing – you’re here to get my opinions on film, not my political beliefs – but the film is a fair, and damning, report on the way the world works. Jumping back and forth between Abdulzazzi’s travails in Canada and the last year of Khashoggi’s life, it’s clear to see that, as Cyndi Lauper used to sing, “Money Changes Everything.” Many world leaders, including US President Trump, immediately side with MBS, who proclaims his innocence in the matter of Khashoggi’s death. Even when Turkish police are finally able to search the Embassy and develop evidence – a room is spackled with blood under the black light, a Saudi agent is seen leaving the Embassy in Khashoggi’s clothes, only to go a few blocks, duck into a restaurant rest room, and exit in different clothes. Still, ideas like “rogue agents” are thrown out as quickly as beads at Mardi Gras.

We also learn the more personal side of Khashoggi, as we meet his fiancé Hatice Cengiz. She talks about his gentle side. How he loved the Lazy Boy recliner she had purchased him and how they spoke of marriage. Bravely she continues to speak out about Khashoggi’s murder, hoping that SOMEONE will hold MBS responsible. In fact, as I write this comes word that Ms. Cengiz is calling on President-elect Joe Biden to make good on a campaign promise to get accountability in Khashoggi’s murder, asking Biden to release the CIA’s classified report once he takes office. I should note that President Trump read the CIA’s report and dismissed it.

Continue Reading
You may also like...
Related Topics:reviews, The Dissident

What Lies Below review : Dear diary, my step-dad might be an eldritch horror!
News of the World Review : The Tom Hanks Western You’ve Longed For
Advertisement