In what’s sure to cause headaches in the writer’s room – not to say the actions of the network aren’t justifiable – actor Hartley Sawyer has been fired from The CW’s “The Flash”.

The actor, who played Elongated Man/Ralph Dibney from seasons 4 to 6 on the show, was abruptly let go over a series of offensive tweets surfaced containing some rather awful racist and homophobic remarks.  Though the actor’s twitter has since been deleted, screencaps of the posts have been circulating over the past few weeks.

“Hartley Sawyer will not be returning for season seven of The Flash. In regards to Mr. Sawyer’s posts on social media, we do not tolerate derogatory remarks that target any race, ethnicity, national origin, gender, or sexual orientation. Such remarks are antithetical to our values and polices, which strive and evolve to promote a safe, inclusive and productive environment for our workforce.”

The actor took to Instagram to apologize, agreeing that he has to be held responsible for what he’s said in the past.

“My words, irrelevant of being meant with an intent of humor, were hurtful, and unacceptable. I am ashamed I was capable of these really horrible attempts to get attention at that time. I regret them deeply. This was not acceptable behavior. These were words I threw out at the time with no thought or recognition of the harm my words could do, and now have done today.”

“The Flash” shut down production when the pandemic hit. The three remaining episodes of the sixth season will likely be retooled, to explain Sawyer’s absence, and added at the top of the seventh season. 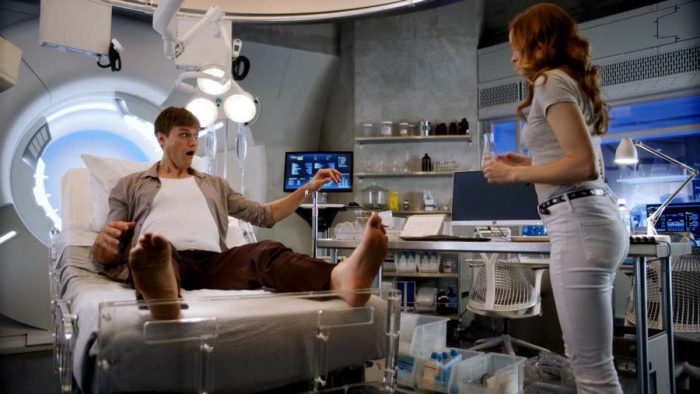