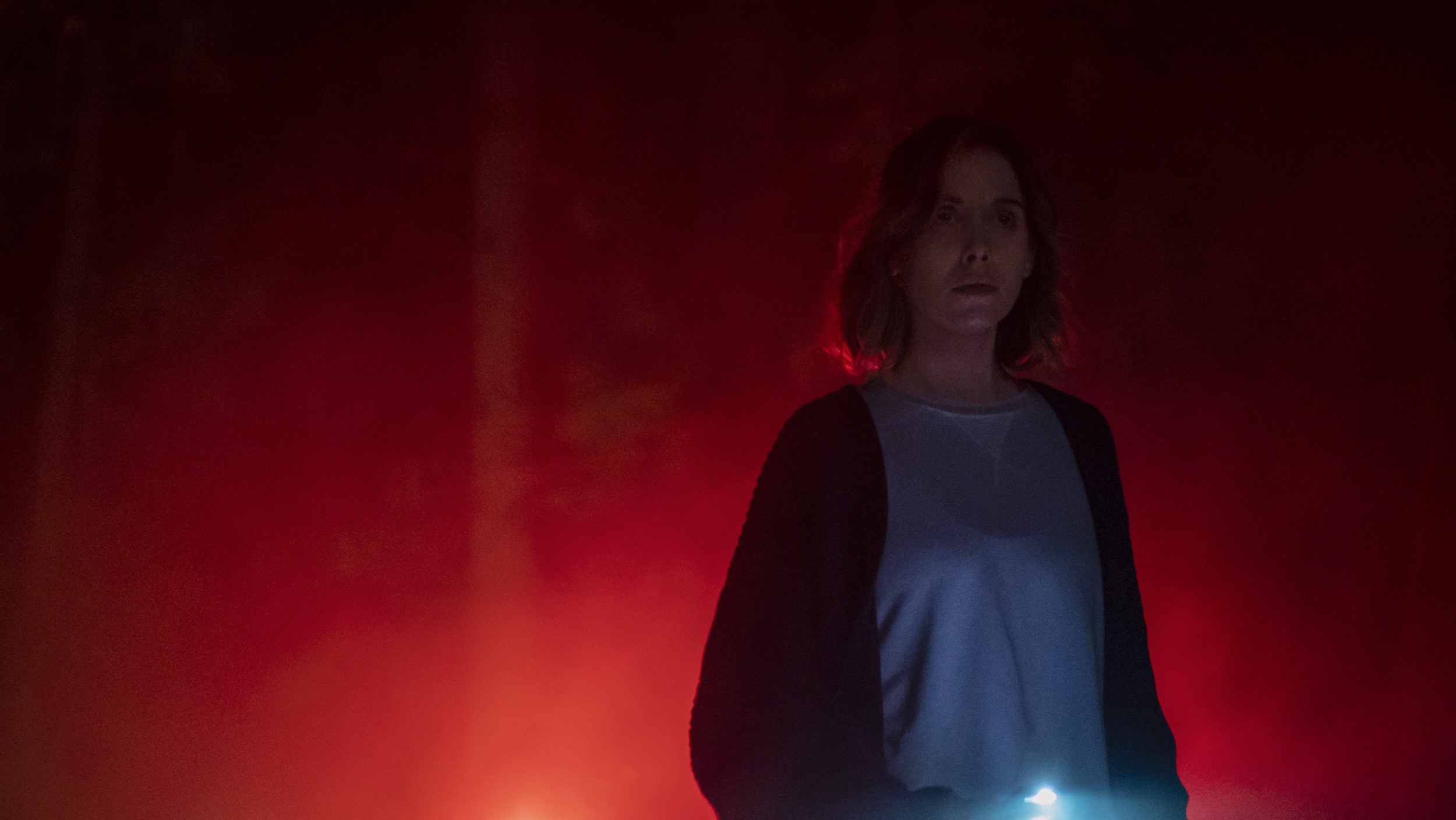 The Rental review : effectively builds tension and make you rethink that Air BnB

Don’t be fooled by the title of Dave Franco’s directorial debut – it’s not a horror about the days where you had to brave the public to rent a video on a Friday night, praying that your choice of flick would be on the shelves. Rather, “The Rental” is set in a remote rented cabin, where 2 couples seize a weekend to get away – but rather end up regretting it.

“The Rental” sets the scene almost straight up, with the shady-looking character looking after the house (Toby Huss) putting the foursome off-side with his slightly racist tendencies and creepy demeanour. Nonetheless, the couples – Mina and Josh (Sheila Vand and Jeremy Allen White) and Michelle and Charlie (Alison Brie and Dan Stevens) – vow to use the weekend to unwind and enjoy being by the ocean.

After a night fuelled by drugs and some hazy memories, things take a dark turn when Mina sees a camera in the shower head and is convinced that the creepy landlord is behind it. The group confront him, but things turn violent quickly and suddenly it becomes clear that there’s more to the house than what it seems.

Franco, who also wrote and produced the pic, has developed a suspense-filled journey that takes the viewer on a variety of different paths throughout. While the ‘cabin-in-the-woods-esque’ film is not one we’re unfamiliar of, “The Rental” builds tension effectively and is an enjoyable ride, so whether you’ve seen the concept or not – you’ll enjoy “The Rental”…and maybe make you re-think that getaway in a stranger’s house.

Continue Reading
You may also like...
Related Topics:reviews, The Rental

The Shadow of Violence Review : Loach meets Tarantino
Fantasia Fest 2020 : PVT CHAT is a sinister and hilarious take on loneliness and obsession in the internet age
Advertisement