Akilla’s Escape is writer/director Charles Officer’s latest feature film, distinctly different to his 2018 documentary Invisible Essence: The Little Prince. Neon-soaked and meaningfully grounded despite its subject matter, Akilla’s Escape is lead by Saul Williams as a drug trader who crosses paths with a young Jamaican teenager during a failed robbery attempt. Recognising the same ill-fated trajectory he fell into as a child in the young man, Akilla decides to intervene and try to break the cycle of violence that shaped his own life.

It’s one of the most impressive and impactful features at this year’s TIFF, and Kyle Milner was fortunate to be able to discuss Akilla’s Escape with cast members Saul Williams, Donisha Prendergast and Thamela Mpumlwana.

Kyle: One of the most striking aspects of Akilla’s Escape is the restraint used in terms of depicting violence. Violence, of course, is a key theme of the film, but there’s a very deliberate avoidance of violence as an aesthetic. How do all feel about that choice?

Saul: Where this film comes from is a question that reverberates through the film, which is: “how do we put an end to generational trauma?”. I think that part of the way we can answer that question is not by glorifying violence – the violence that we face as people of colour, as people who have to face system constraints, suppression and oppression. That’s violent enough in our everyday lives to not need to see it reiterated every time we tune into a film.

Even though there is violence in the film, it’s not necessarily about how well-documented someone is knocked out, it’s more so about that internal world and the way the mind and spirit responds to those realities. It’s also about how we can find a way to make new and alternative choices that can perhaps affect the outcome of our lives and the lives of those who connect differently.

I think that was the focus for Charles. For us, working together, we all felt perhaps that we were part of something where there was a mission, and that mission was more than just having 300 camera angles to show a bullet moving in slow motion. 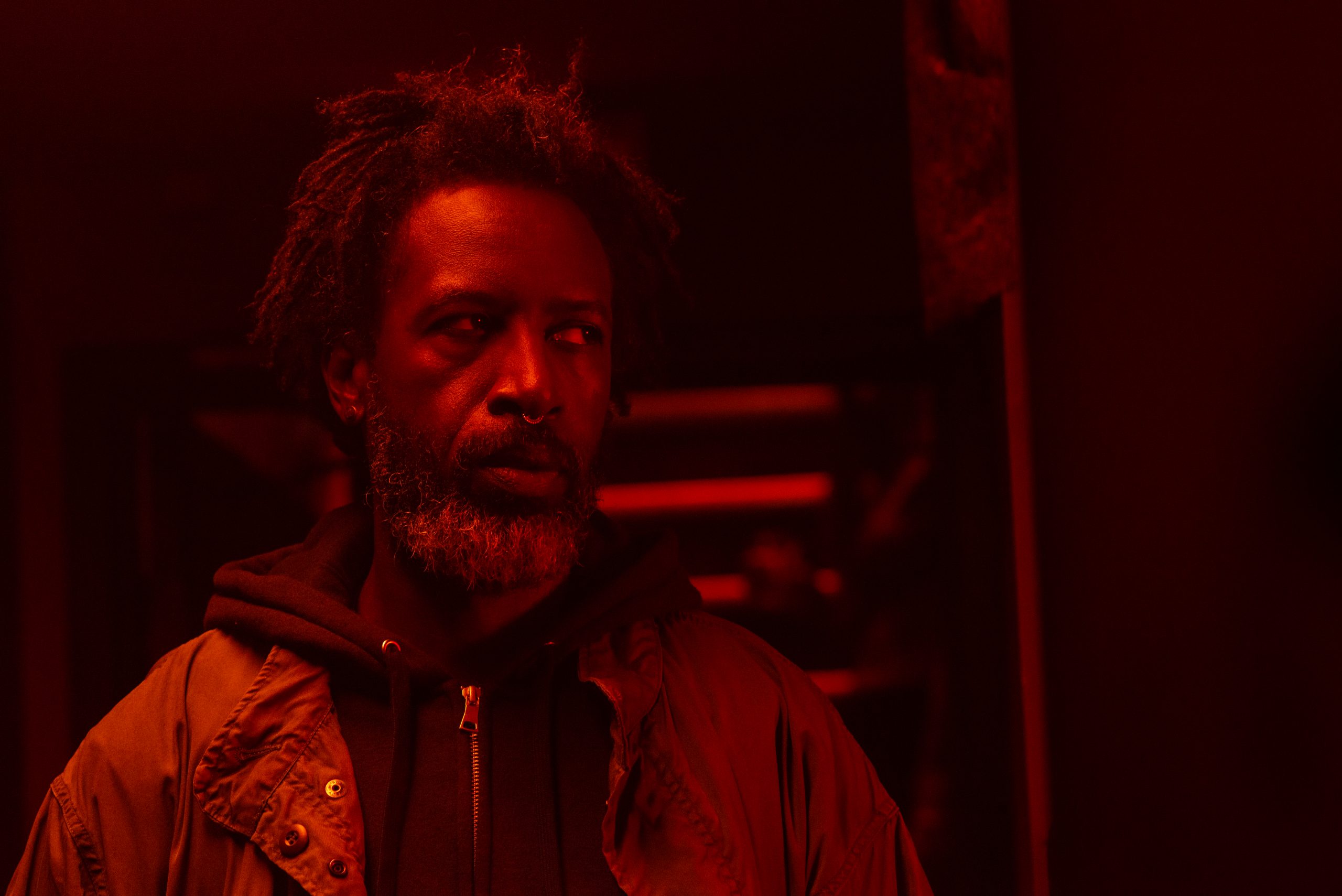 Kyle: Absolutely. Thamela, as somebody who’s a young man, I’m curious to know how the themes of the film particularly resonated with you.

Thamela: I think that this film has a lot to say. While I was able to understand it, what really took me by surprise is how it’s coordinated in the film, and how Charles managed to fit such a large message into this small time frame so impactfully. Especially that dynamic balance of the action component as well as depth and gravity.

It’s also eye-opening. It (makes you ask) “how can I be more involved? What can I do to contribute my fair share without diluting what’s going on”? So it’s something that I found personally very interesting. 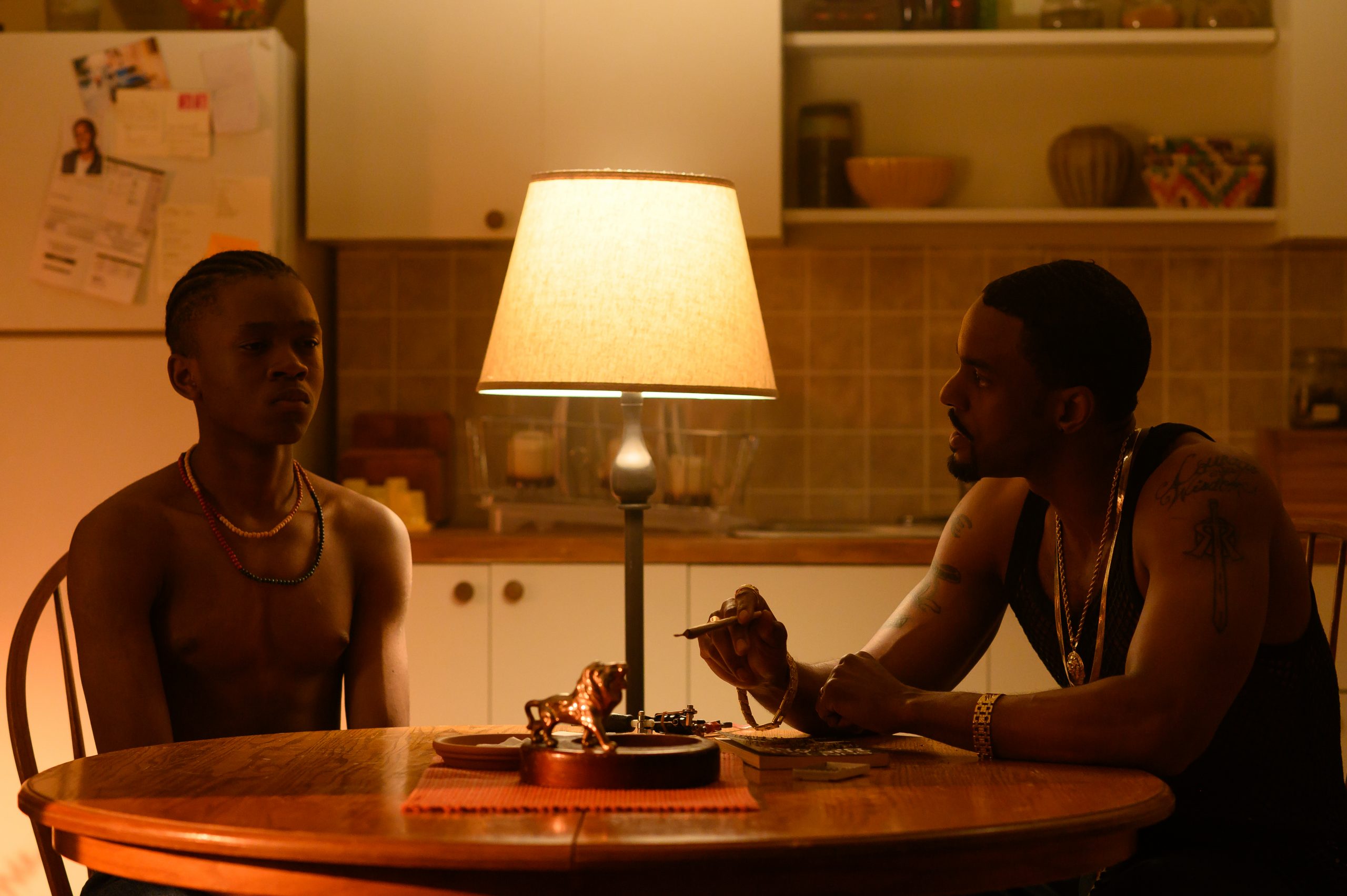 Kyle: Donisha, I must admit that before watching the film, I wasn’t familiar with the history of the cast aside from Saul, whose music I’m a fan of. I’ve really enjoyed looking into each of your careers and all the work you’ve previously done, and for you particularly, this seems like quite a different role for you. What in particular drove you to Akilla’s Escape?

Donisha: Acting is actually my first love; I fell in love with the stage at 17 years old. So I have been acting for quite a while, but I stepped away from being in front of the camera to be behind it for a while. I direct and I write, and in addition to that there was just something inside of me that demanded more than just being an actor. So I started to do quite a bit of activism.

Coming back to the space of communicating characters through this story was very important for me, because it gave me an opportunity to use my image on camera as a Rastafarian. It’s not very often that we get this kind of platform to show different elements of ourselves.

Having grown up in Jamaica, and knowing political violence very intimately, I think that this film has given all of us an opportunity to explore elements of conversation that aren’t always very informed when it comes to Black lives, particularly Carribean history. So for me, it was an opportunity to be part of a great conversation, and I’m glad I took this chance.

Kyle: I’m not sure if you guys know, but I’m based in New Zealand, so I’m very far away to say the least. So I really appreciate that there are festivals like TIFF that are able to provide a platform for these kinds of stories which don’t always find an audience. In terms of having a platform to share your art, your perspective and your messages through film, do you believe it’s becoming easier to find a platform within the film industry?

Saul: I would personally say that it’s not necessarily any easier or any harder than it has been. It’s popular to talk about diversity right now in the US where I am, and also in Canada. We’re talking much about Black lives and Indigenous lives, and it’s always helpful when people tune into the realities that they may not, if they have the privilege, have not faced or don’t face on a regular basis.

But for those of us who have been steadfast in our journey of speaking truth to power, of believing that art can and should serve a purpose that art can and should uplift, that art is more meaningful that just a means of exploiting an idea and running with it for the sake of a bottom line, I can’t say that it’s become easier all of a sudden just because we’re having this moment where doors are open. There are still gatekeepers and naysayers. There are still people in denial, and there are also those who conform before they even get to the door.

So I would say the trickiest part of it for all of us, Charles included, is to stay steadfast in our individual journeys. When we talk about Donisha and her activism, we’re not just talking about what’s going on right now. She’s talking about everything she’s encountered in her entire lifetime, meaning she’s been an activist before it’s popular to identify as an activist.

Charles shot this film before it was popular for a film like this to become received because of the state that we’re in in the Americas, of talking about criminal justice and what have you. He’s been writing it over the past 10 years, but it wasn’t always popular to talk about this. He found funding for this film before it was guaranteed he would find funding, and it took him ten years to find that.

Kyle: Even for viewers here in New Zealand, I think the film will really resonate with people, even though there’s such a physical divide between here and the setting of the film. We also struggle a lot with so many young men falling into similar cycles of violence. It’s wonderful that these powerful messages can resonate with people regardless of whether they’re personally familiar with the specific circumstances that the film is focused on.

Saul: Well, yeah – the effects of patriarchy and capitalism are worldwide. 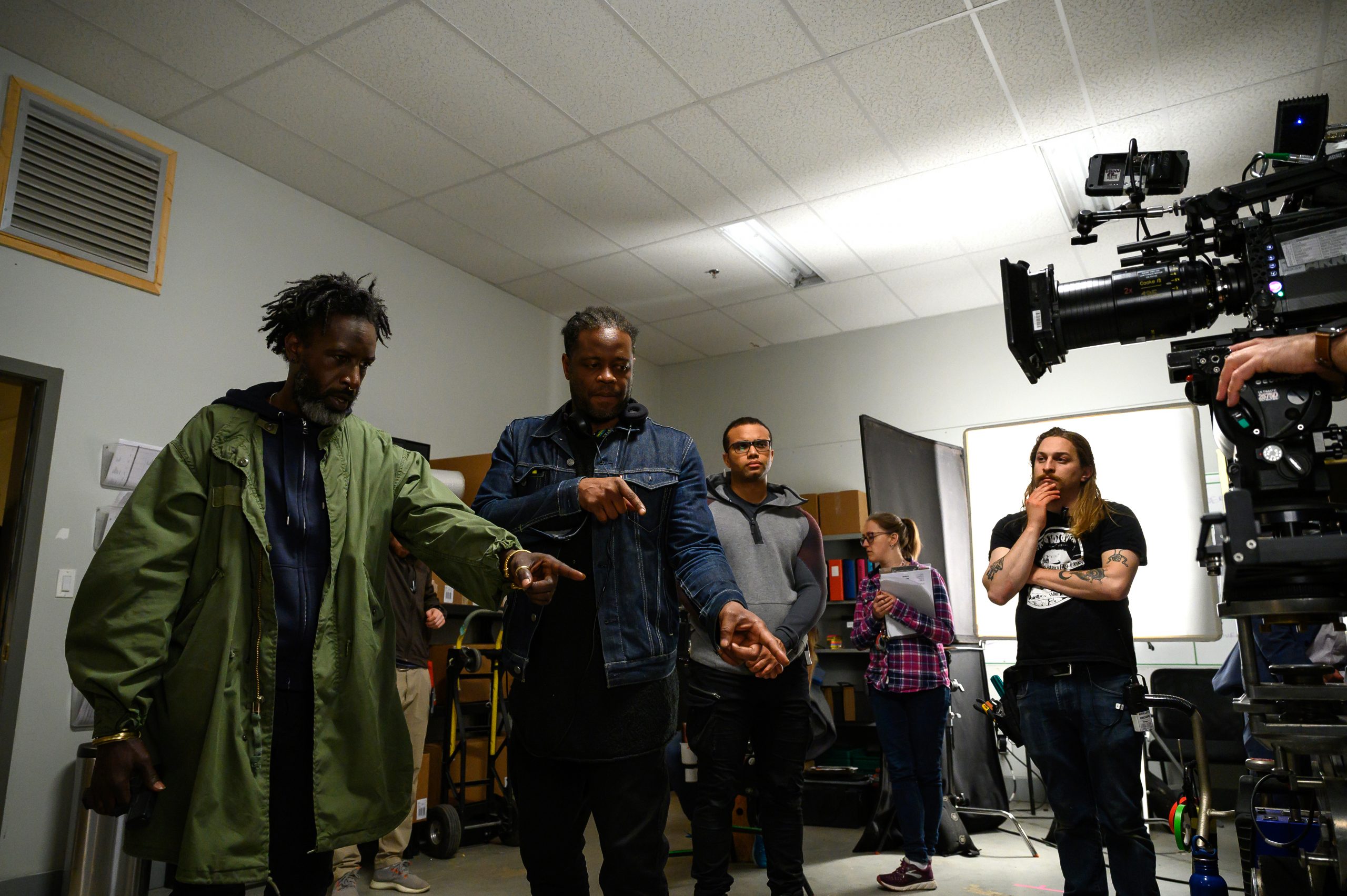 Kyle: I’m also curious about the film’s score, which you composed with 3D of Massive Attack, Saul. Stylistically, what were you aiming to evoke in the soundtrack?

Saul: I think there was a lot of help in that Charles was clear on the fact that he was working on a film that he felt would fall into the crime noir genre. So that automatically meant that certain sonic possibilities were welcome. When you add the fact that you have these characters that are moving from and through Jamaica – even in creating the playlist that I wanted as an actor before even thinking about music for the film – it was full of Lee Scratch Perry, Bob Marley, dub, Burning Spirit, all this stuff that was part of the sonic universe that I felt that the character perhaps grew up with.

Then there was what I was in the process of working on with Massive Attack. It was kind of a synergistic thing that when Charles reached out with the script, I was in the process of collaborating with Massive Attack for no apparent purpose other than just artists enjoying each other’s vibe and wanting to do something together. We had no outlet in mind. Then Charles came up, and I shared the script with Robert, then the music with Charles. Their relationship with dub and electronic music was informative, given that much of that has its roots in Jamaica.

I guess the most difficult and the most interesting part for me was being privy to early cuts of the film and having to disassociate myself from my personal performance on-screen, in order to look at the picture and place sound to image and see the ways in which it affected the scene.

The role of music is so powerful when placed to image, so it instantly added or took away from something – so it’s extremely delicate. It was a matter of overdoing it, and pulling back, and finding what was necessary to convey what needed to be conveyed was a lot of fun.