One of the industry’s worst kept secrets would be the inclusion of previous web-slingers Tobey Maguire and Andrew Garfield in “Spider-Man : No Way Home”.  While Tom Holland’s incarnation of Peter Parker is the anchor, his counterparts will reportedly show up in the film to help their sticky-fingered other worldly friend take down the big bad(s) of the film.

And at the end of the film, will Maguire and Garfield hang up their spectacles snd spandex?

With multiple incarnations of the same character now seemingly all the rage (case in point : Warner’s upcoming “The Batman”, which will feature both Michael Keaton and Ben Affleck as the Caped Crusader), rumours abound that both Maguire and Garfield will stick around to play Parker in other films. 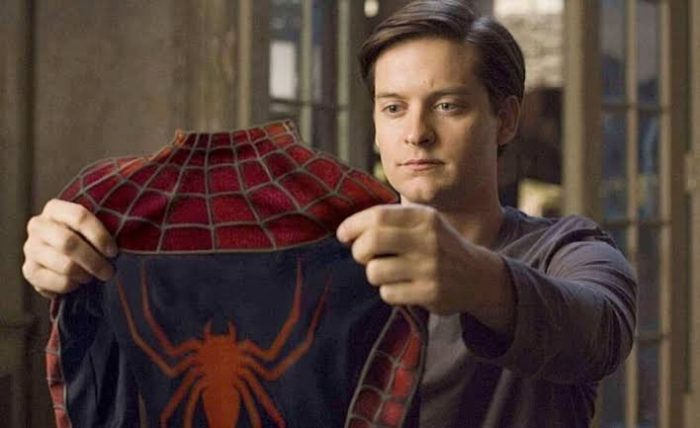 There’s a rumour out there suggesting that “Amazing Spider-Man” star Garfield may factor in the “Venom” film franchise – with his Spider-Man possibly even appearing in the upcoming “Venom : Let There Be Carnage” – and now, a similar whisper suggesting Tobey Maguire’s Peter Parker may be retained for another superhero film.

According to Giant Freakin Robot, Maguire may be reprising his Spider-Man for next year’s “Doctor Strange in the Multiverse of Madness”. Considering that movie is supposedly connected to “Far From Home”, also features Benedict Cumberbatch’s Sorcerer Supreme, and is directed by “Spider-Man” helmer Sam Raimi. it’s an easy-to-swallow rumour. Makes sense.

According to the site, other Marvel superheroes we haven’t seen for a while – like Wolverine – are also on the wish list to make cameos in the 2022 release.

Let’s see if the Maguire thing pans out.