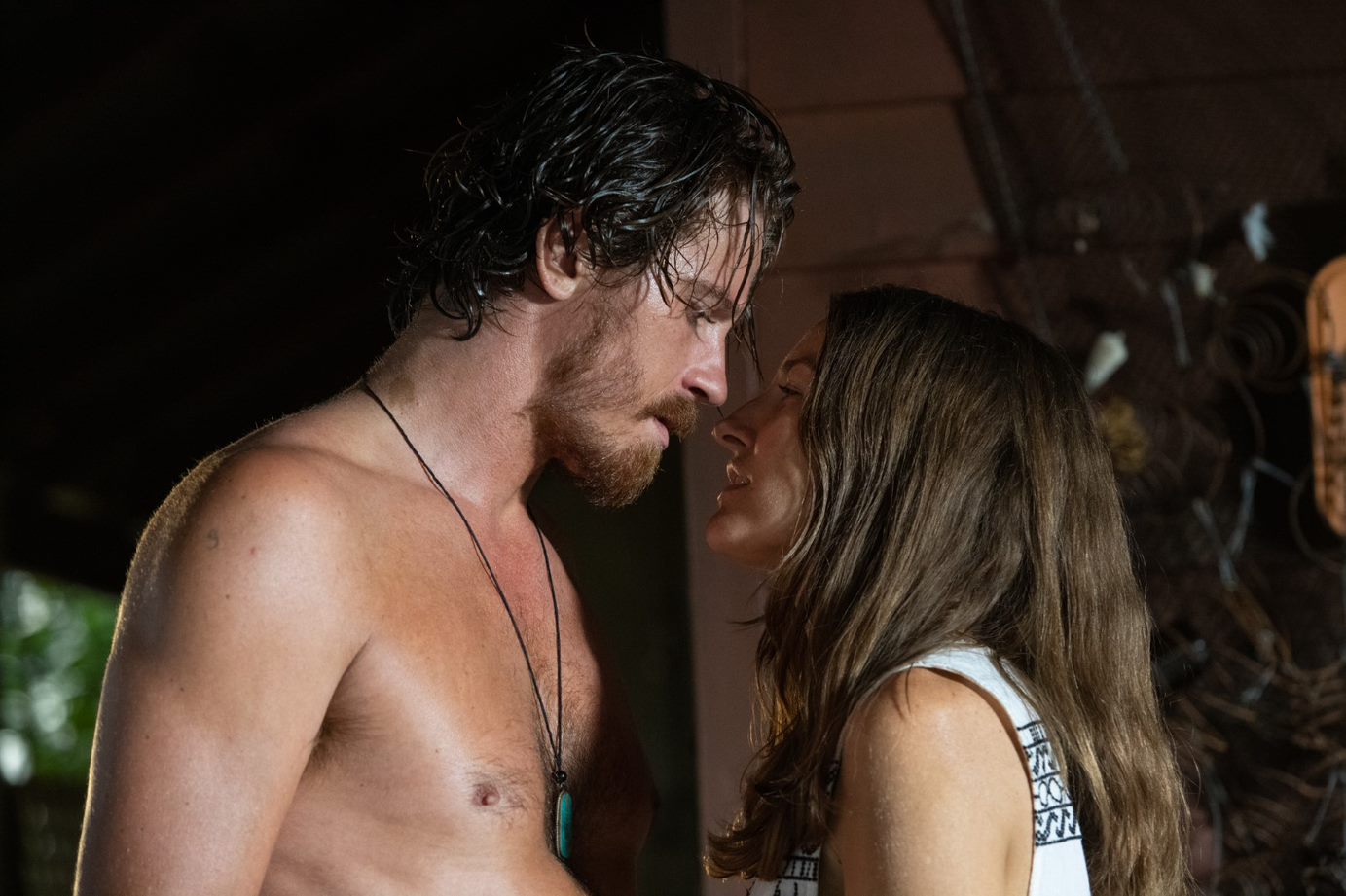 Trailer : Dirt Music, based on the novel by Tim Winton

Universal have popped over the first trailer for “Dirt Music”, based on the novel by Tim Winton, and directed by Gregor Jordan (“Ned Kelly”).

Georgie Jutland (Kelly Macdonald) is barely holding it together these days without a drink. Once a nurse, now she’s trapped in the backwater fishing port of White Point with local crayfish baron, Jim Buckridge (David Wenham) and his two sons, whose dead mother she can never hope to replace.
One hazy night she sees the lone figure of Lu Fox (Garret Hedlund) appear in the mists of the bay. A long time ago he was a dirt musician, but now he survives as a poacher – an unwise choice given Jim’s iron-grip on the local fishing trade.
Georgie is instantly drawn to Lu, and the pair begin an intense affair. What Georgie doesn’t realise is that the Foxes and the Buckridges have a long, murky history.
Fearing Jim’s fury and haunted by his tragic past, Lu flees north to Coronation Island, a place dear to Georgie’s heart. Discovering Lu has fled, Georgie decides to follow him north with the unlikely help of Jim.
Based on the critically acclaimed novel by iconic Australian writer Tim Winton, Dirt Music is a tale of love and redemption, set against the awe-inspiring backdrop of the Australian West.

Continue Reading
You may also like...
Related Topics:Dirt Music, trailer

Trailer : Antebellum from the producers of Us
Trailer : Force of Nature
Advertisement