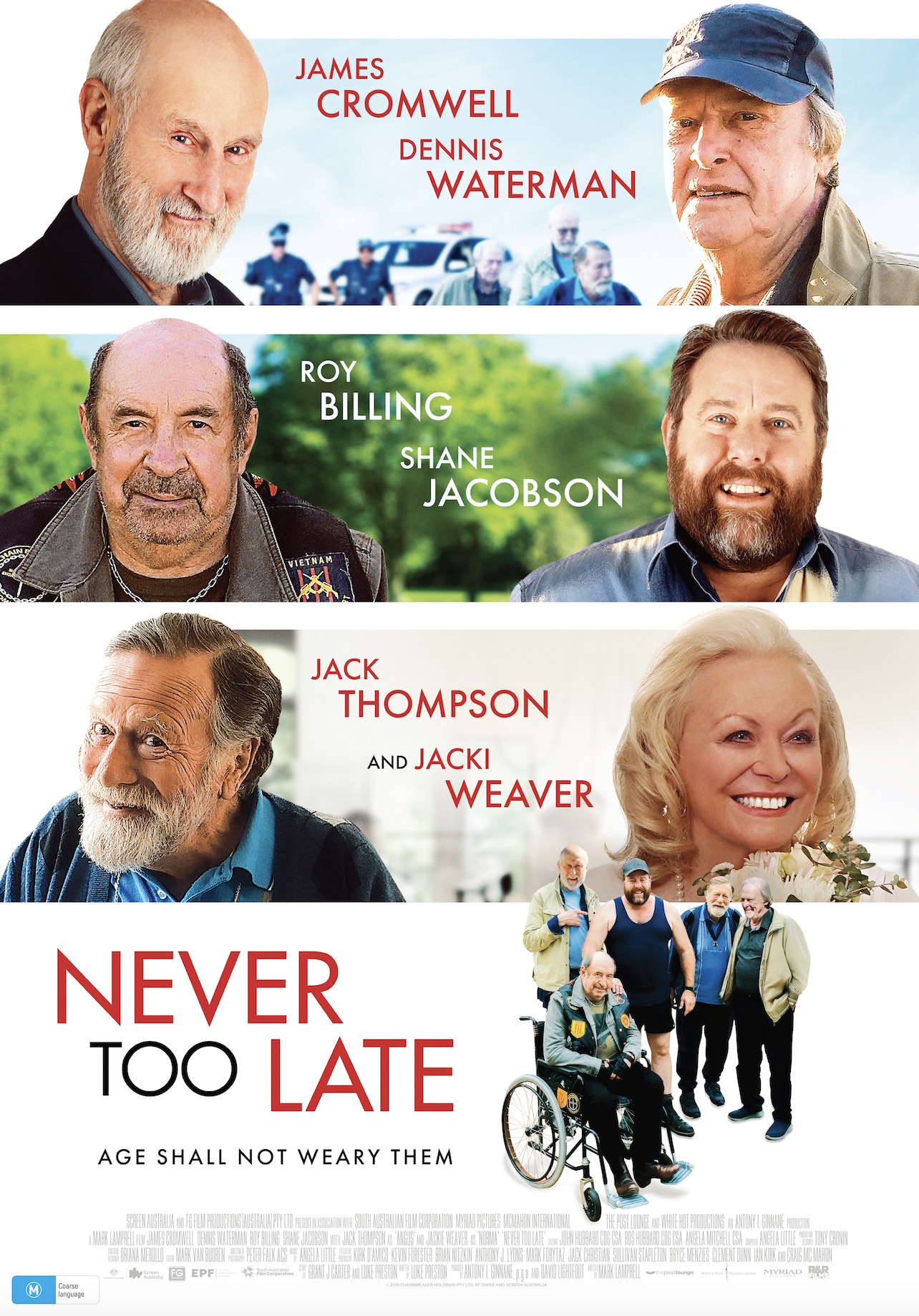 The trailer for new Australian flick “Never Too Late” has been released ahead of the film’s April 23 theatrical release via R&R Films.

When a nursing home stands in the way of a 50-year courtship, four grumpy old Vietnam Vets unite to re-enact the great escape. They may have lost their memory and speed, but these renegades prove it’s never too late for new adventures, even if you have to break rules to break free.

Continue Reading
You may also like...
Related Topics:Never Too Late, trailer

Trailer : F9 : The Fast Saga features a surprise return!
Chris Rock gets bloody in brand new trailer for Spiral: From the Book of Saw
Advertisement