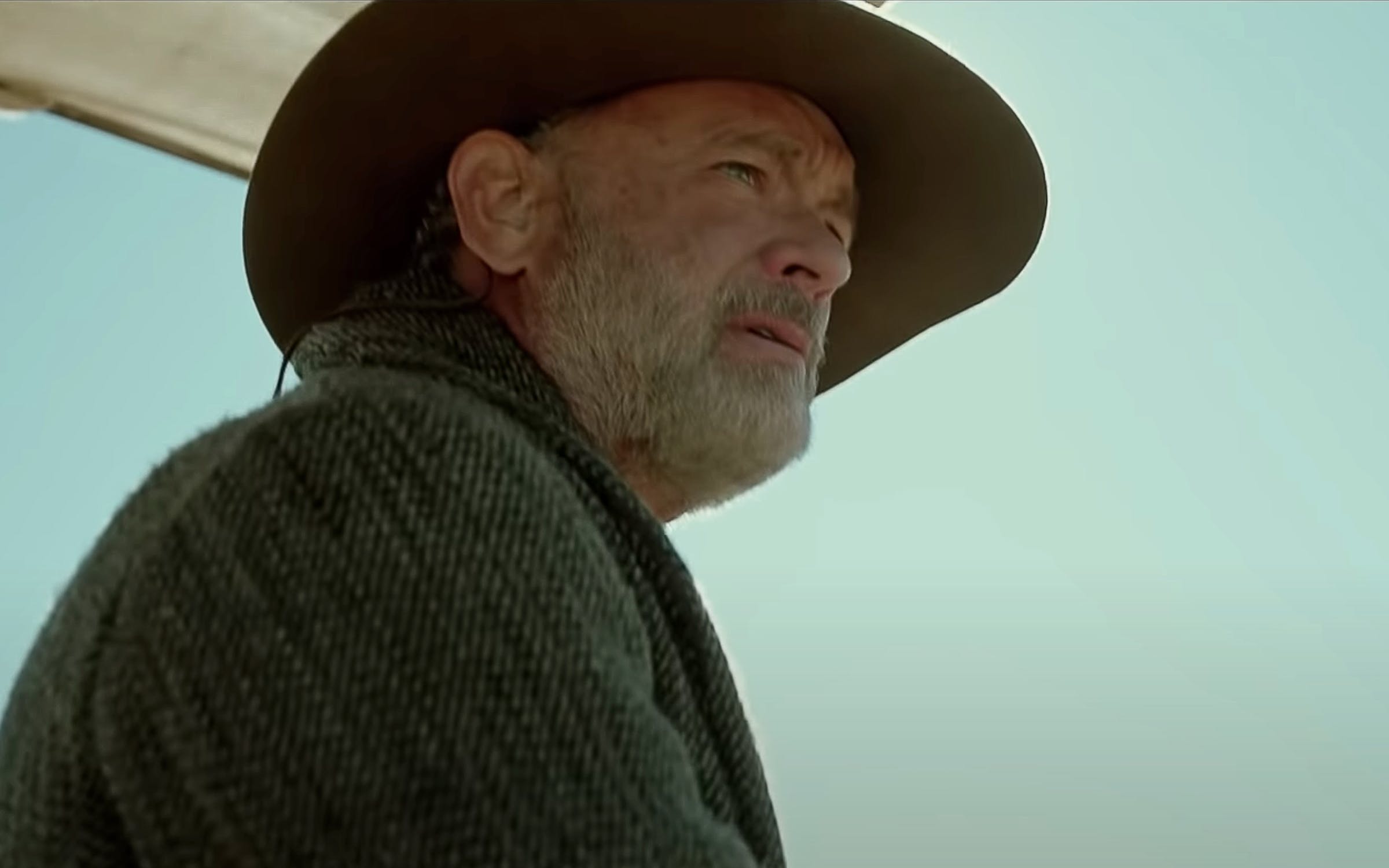 Universal Pictures has released the first trailer for “News of the World” Starring Tom Hanks and Helena Zengel, Directed by Paul Greengrass.

Universal Pictures is proud to present Tom Hanks starring in News of the World, a moving story written and directed by Paul Greengrass, reuniting for the first time with his star from their 2013 Best Picture nominee Captain Phillips.

Five years after the end of the Civil War, Captain Jefferson Kyle Kidd (Hanks), a veteran of three wars, now moves from town to town as a non-fiction storyteller, sharing the news of presidents and queens, glorious feuds, devastating catastrophes, and gripping adventures from the far reaches of the globe.

In the plains of Texas, he crosses paths with Johanna (Helena Zengel, System Crasher), a 10-year-old taken in by the Kiowa people six years earlier and raised as one of their own. Johanna, hostile to a world she’s never experienced, is being returned to her biological aunt and uncle against her will.

Kidd agrees to deliver the child where the law says she belongs. As they travel hundreds of miles into the unforgiving wilderness, the two will face tremendous challenges of both human and natural forces as they search for a place that either can call home.

News of the World is directed by Greengrass (the Bourne films, United 93) from his screenplay with Luke Davies (Lion), based on the National Book Award finalist and best-selling novel by Paulette Jiles. The film is produced by Gary Goetzman (Mamma Mia! franchise, Greyhound), Gail Mutrux (The Danish Girl, Donnie Brasco) and Gregory Goodman (22 July, 8 Mile). The executive producers are Steven Shareshian and Tore Schmidt. The film’s music is by eight-time Academy Award® nominee James Newton Howard.

Continue Reading
You may also like...
Related Topics:News of the World, Tom Hanks, trailer