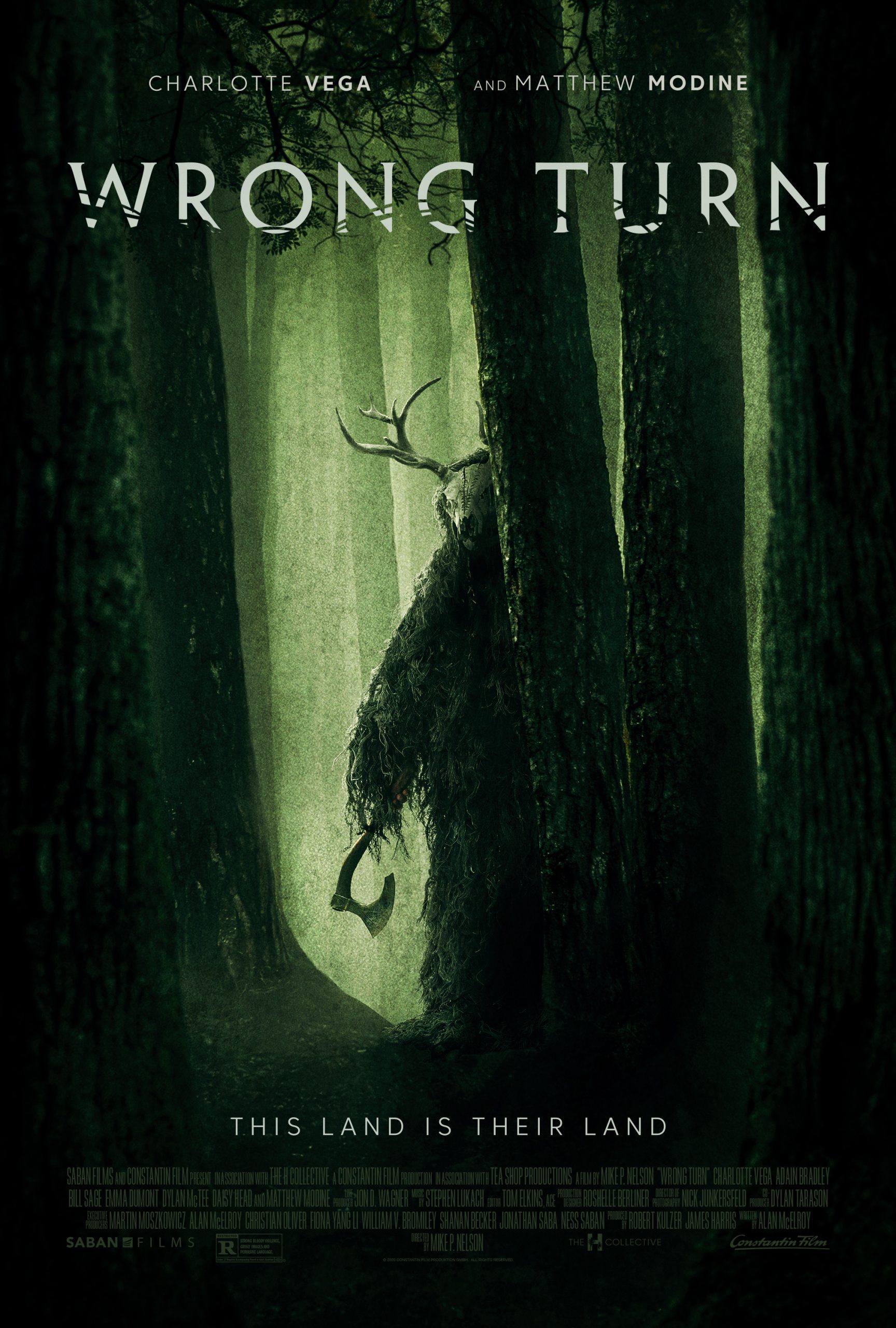 It’s been six long years since the last instalment in the Wrong Turn cannibal horror franchise, which came in the form of 2014’s Wrong Turn 6: Last Resort. There were whispers of a possible reboot, but until now it’s not been entirely clear what to expect from creator Alan B. McElroy, who wrote the original 2003 film that kicked it all off.

Our questions are now answered with the release of a brand new poster and trailer for the understandably named Wrong Turn, which appears to be a full reboot with a brand new look and cast of characters. It’ll be launching in theaters January 26, 2021 – but for now, keep on scrolling for our first look at the new Wrong Turn.

Screenplay By
Alan B. McElroy

Backwoods terror and never-jangling suspense meet when Jen (Charlotte Vega) and a group of friends set out to hike the Appalachian Trail. Despite warnings to stick to the trail, the hikers stray off course—and cross into land inhabited by The Foundation, a hidden community of mountain dwellers who use deadly means to protect their way of life. Suddenly under siege, Jen and her friends seem headed to the point of no return— unless Jen’s father (Golden Globe® nominee Matthew Modine) can reach them in time.