Considering he only featured in the one Indiana Jones installment, the oft-asked query ‘Whatever happened to Short Round after Temple of Doom?’ is as valid a question as ever.

Alongside Sallah (John Rhys-Davies) and father Henry (Sean Connery), pint-sized ‘Shorty’ (Jonathan Ke Quan) remains one of Jones’ most popular movie sidekicks. Why then did Steven Spielberg and George Lucas choose not to bring the character back for a future installment?

Truth is, they did – at one stage, anyway.

In one of the earlier drafts of “Indiana Jones and the Kingdom of the Crystal Skull”, Short Round turns up at Indy’s wedding towards the end of the film and later, appropriately enough, drives the newlyweds to the airport. 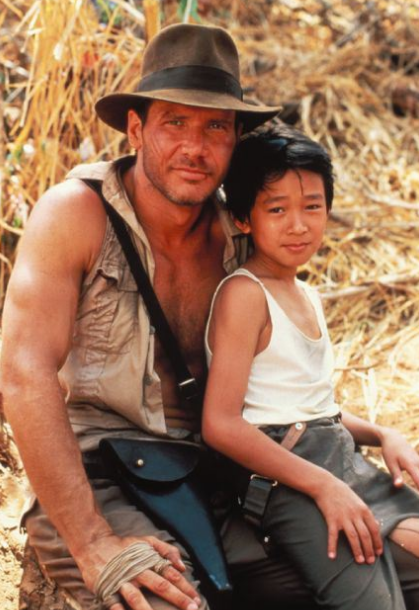 Short Round returned in some “Indiana Jones” comics that Marvel published. In one, Short Round joins Indy on a search for Atlantis. The youngster ends up rescuing his guardian from Pirates of the Caribbean (hmmm, good idea for a movie!) before returning to boarding school.

Later on, he became an archeologist like his guardian and tracked down the Peak’s Eye to Niihau.

Despite being released first, “Raiders of the Lost Ark” is actually set after the events of “Temple of Doom”. Where was Short Round when “Raiders” was taking place then? Assumingly, Jones had booked him into the boarding school that was later referenced in the comics. After all, Indy wouldn’t want a child being put in such risk time after time.

If the upcoming fifth “Indiana Jones” movie is indeed Harrison Ford’s last, it would make sense to bring back Ke Quan as Short Round.

In real life, the young actor went on to become a stunt choreographer on such films as “The One” and “X-Men”.

So, was it a conscious decision to move away from acting once he became a young adult?

“I always loved acting, but when you get older and you’re going through adolescence, the roles are limited,” the 49-year-old actor said in an interview with UPI. “That’s one reason and another reason is that I always found being behind the camera more satisfying. As a kid, I always wanted to be like Spielberg and to make wonderful movies. Even when I was making ‘Indiana Jones,’ I was looking at how he would come up with these amazing shots and how he would choreograph the blocking and all that. So I knew from early on I would go to film school and try to work behind the camera.”

When Steven Spielberg called the actor to let him know that they might need him for a cameo in “Crystal Skull”, he was keen – but “it didn’t work out”.

Hopefully next time it does.