Growing up, there was nothing like hearing your favorite celeb having a yak with either a local television or radio show about their latest film, series, or record (they’re the fat black discs, kids). And if you were lucky to tap into an overseas signal, somewhere (hot wire the Atari?), you might even have heard a few minutes of converse between an A-lister and a top jock offshore.  Like finding a spec of gold in a bathtub, right?!

The best kind of interviews were, and still are, those that aren’t so much as scripted and structured – though some structure offers listeners and watchers welcome familiarity – but free-flowing conversations that play like a couple of strangers, or old friends, getting acquainted or reacquainted, as might be the case. There’s also nothing like hearing something come out of a celeb’s mouth that makes you realize “shit, they’re just like you and me!”.

I spent the first ten years of my career as a radio announcer – I know how difficult it is manning that panel, and getting more than the usual “heard it all before” out of an actor or musician. It ain’t easy, especially when you’ve a publicist instructing you to stick to a script or particular project…

Most commercial radio announcers aren’t usually given the opportunity – a subject for another day – but the podcast landscape has changed things.

So if you can…

Someone that does this brilliantly is Michael Rosenbaum. The “Smallville” alum (and “Poolhall Junkies” actor; google that indie gem and seek yourself out a copy!) not only brings that charming, down-to-earth personality to his “Inside of You” Podcast but has an effortless ability to make his guests feel so at ease that, over the space of an hour or so, they truly open up to the actor and musician.

Whether it’s “Arrow” star Stephen Amell talking about his struggles with anxiety, “Flash” star Danielle Panabaker’s self-esteem hiccups (I spoke to Danielle about her interview with Michael at a WB party at Comic-Con, and she agreed he’s simply superb at interviewing), or Kiefer Sutherland and Jason Patric reminiscing about the time they fell for the same woman (we all remember the Julia Roberts-incident of the early ‘90s, right?!),  Rosenbaum’s interviews end up being some of the most intimate, honest and enriching media moments you’ll play witness to. You almost feel like guilty for eavesdropping in on a conversation that, on the surface, has no boundaries and isn’t afraid to go where others are.

One will never utter the phrase “shit, they’re just like you and me!” more than while listening to “Inside of You”.

Here’s 5 episodes of “Inside of You” you need to get inside of your ears.

We all – men and women – loved “Love”.  That cute, endearing, and gracious star of TV’s “Party of Five” and big-screen teeny horror smash “I Know What You Did Last Summer” has talent and brains. She’s also one of the most loveliest people you’ll ever encounter – – I still remember hitting her up to do an interview about twenty years ago, when I was first starting out (“Yes!, of course I will!”). Nothing was ever a problem. She wasn’t too good for anyone. Just a doll.

Sadly, she didn’t stan herself as much as we did her. And it’s not uncommon. In this intriguing, deep interview, Rosenbaum gets the actress and pop singer to talk about her mission to ‘love herself’, after struggling with self-esteem for so many years.

As a die-hard horror fan, not to mention dyed-in-the-wool Freddy Krueger buff, there was no skipping this one.  A funny, heartfelt and insightful interview that explores a myriad of topics, including Englund’s relationship with Wes Craven.  Next time, talk him into putting the make-up one one..more… time.. though Michael? (you know you want it as much as I do..)

The legendary actress, likely best known to most for her role as Ellen Griswold in the “Vacation” series, doesn’t hold back, and isn’t afraid to be brutally honest about past relationships, colleagues, and experiences, in this bloody fab chat. Here’s a bit about her long-time relationship with Al Pacino..

Having had a panic attack mid-episode with Rosenbaum earlier, “Arrow” actor Stephen Amell returned to talk about the lead up to it, how long he’s battled the black dog, and techniques he uses to combat it. This is one of those episodes that’ll make you feel, for lack of a better term, less alone.

While Rosenbaum is meeting a lot of his guests for the first time, Welling is an old friend and colleague –he was the Lex to his Clark- and his interviews with the “Smallville” star play just like that. They’re warm, funny and genuinely touching. These two clearly have a great fondness for each other and bounce off each beautifully. I only hope The Fonz and Ritchie have this kind of beaut relationship off-camera… 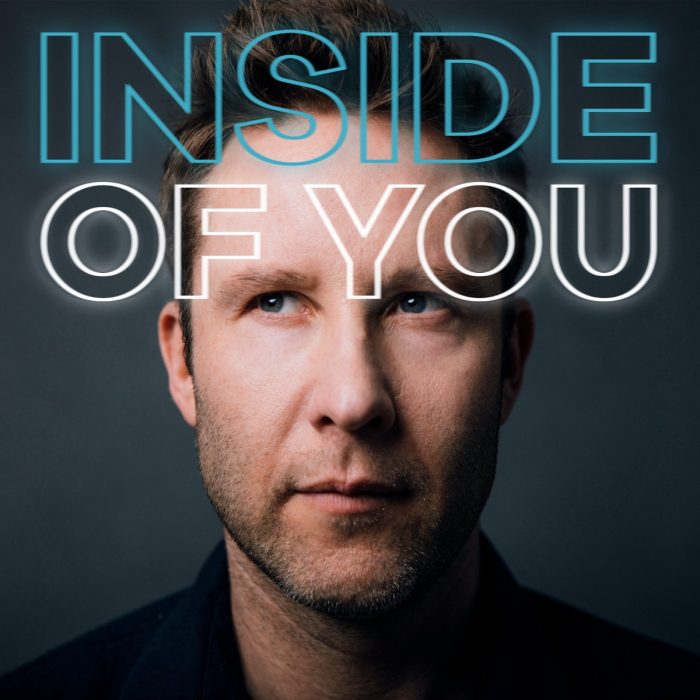 Dash away the blues this world currently offers up in spades and subscribe to “Inside of You” :

(Rosenbaum even inspired me to return to the airwaves after 15 years. Something I never thought I’d do. *Cue the Chicago*).