Whoever thought, that when my 20-year-old self, then a newbie film critic for a local radio station, sashayed into the local multiplex to catch what was supposedly the “turkey of the year” that we’d still be talking about it 25 years later!

“Showgirls”, a very good-looking 131 minutes of titillating nonsense and unabashed melodrama for the “too scared to buy Playboy” crowd, went down in history as one of the worst films on Dutch filmmaker Paul Verhoeven’s CV. But while “RoboCop”, “Flesh + Blood”, “Total Recall” and “Starship Troopers” have also garnered considerably significant cult followings over the years, none have the kind of immense, rabid fanbase that the Vegas-set drama does. From laughable, sexed-up “A Chorus Line” riff to midnight movie monster, “Showgirls” has become the most popular and most enduring of the “so bad it’s good” subgenre of films.

Jeffrey McHale‘s new documentary “You Don’t Nomi” profiles the rise, fall and subsequent mega-rise of the 1995 film.  An affectionate account on how the film winningly transitioned from Razzie winner and out-and-out stinker to a beloved cult masterpiece of “Rocky Horror” standards, the film doesn’t quite answer the “but what’s so appealing about it?” question, but nonetheless serves as an intriguing piece on the powerful, influential nature of fandom. 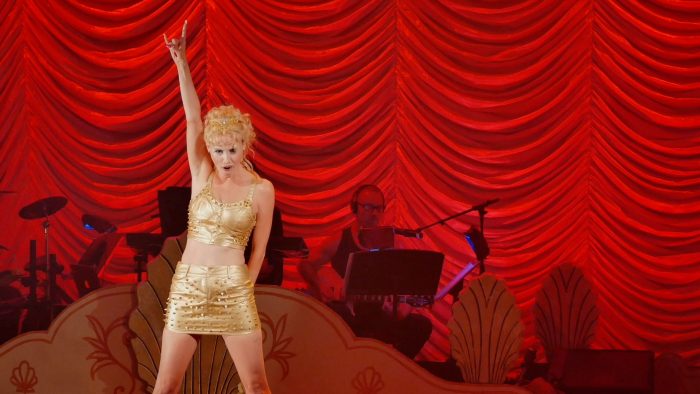 In “Think Like a Dog”, noughties leading man Josh Duhamel and then it-girl Megan Fox play the parents – yep, they’ve been relegated to now playing the ‘oldies’ in family flicks – of a young boy who comes up with tech that allows him to talk to pooches. The invention ultimately brings ‘Oliver’ and his dog ‘Henry’ closer, and in turn the duo is able to also team-up and help right some of the wrongs with Mom and Dad’s marriage.

With charming performances from Duhamel and Fox – both “Transformers” movies alumni – and dependable direction from Gil Junger (“Ten Things I Hate About You”), this harmless bit of warm and fuzzy has enough to keep the big kids entertained despite being largely aimed at the ankle biters – who’ll relish every minute of it. 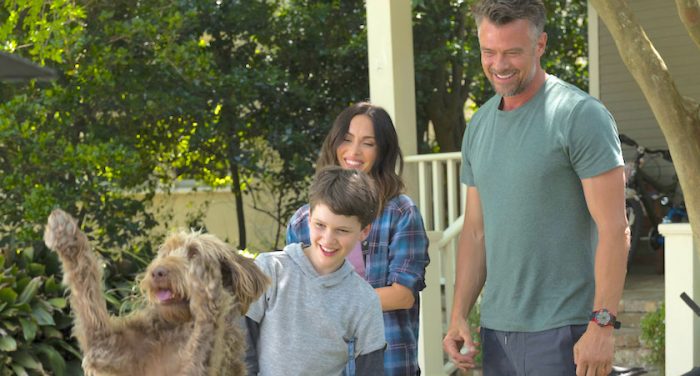 While Coronavirus has sadly seen quite a few big studio flicks swapping once ambitious, wide-encompassing theatrical roll-out plans for digital premieres, “Artemis Fowl” might be the first film of late that actually deserved such a fate. A dull, effects-driven “Harry Potter” rip-off that neglects to remember “substance over style”, it’s a misguided mess attributed to four (!) screenwriters and the usually-dependable Kenneth Branagh.. who was seemingly so hellbent on giving audiences something far different to his – far superior –  “Thor”, he just let the computer animation department call the shots completely.

Story, based on a book series, sees a kid doing battle with underground fairies who may know a thing or two about his father’s disappearance.

As is usually the case with these big-studio (in this case, Disney) YA adaptations, there’s a helluva cast here- Judi Dench, Josh Gad, Colin Farrell- but as the “Star Wars” prequels will attest, an actor is only as good as the dialogue he’s assigned to speak. Unfortunately, the baffling interchange that comes out of this lot’s bunch, combined with a sluggish yarn that only pops whenever the film crosses over into campy “Flash Gordon” territory (which it needed to do more of), isn’t enough to expunge the rotten smell from “Fowl”. 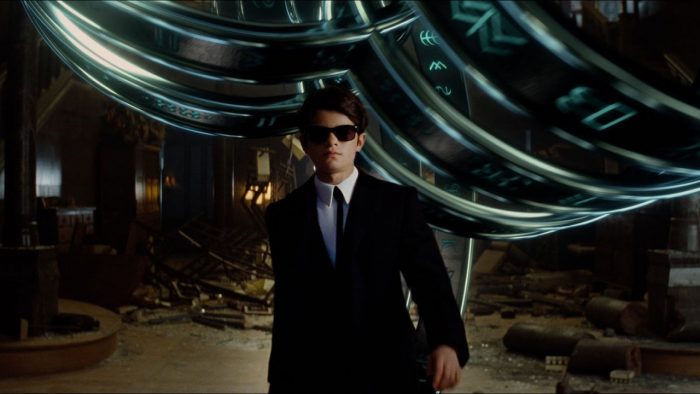