It’s not often you get to talk to Ronald Reagan, Johnny Carson and Andy Rooney all in the same conversation, but that’s what it felt like talking to the legendary Rich Little.

I had seen Mr. Little do a show years ago at Lake Tahoe with his many impressions, so speaking to him was very surreal. However, Canadian-born Little made me at once comfortable cracking jokes in a few voices and talking honestly about his career, his life and some of the hard challenges he has faced. I’m proud to say that I made a joke and actually made HIM laugh.

Now, Little has basically done it all – hung out with presidents like Ronald Reagan (a good friend), had a television variety show, written a book (“Little By Little: People I Have Known And Been”) and created a one-man stage play about Jimmy Stewart. He has also done many roles in movies and television. And Little is a champion for raising money for the Wounded Warrior Project (veterans), a cause very close to his heart.

At age 81, Little has not stopped performing – he has been doing a show at the Tropicana Hotel in Las Vegas for several years. Since Las Vegas has shut down all the shows during the pandemic, Little is doing a virtual show on October 15 (see end of article for details).

Fun fact about Little, when he became an American citizen the judge asked him to swear his oath as John Wayne – classic!

This writer was grateful to Little for a sit-down to talk about his voices, Cary Grant’s uncontrollable giggling and a new stage show that Little is working on about Richard Nixon.

Moviehole: What’s the secret to doing an impression?
Rich Little: You have to do it from the inside out – you have to become the person you’re doing. Sometimes I get so into doing Johnny Carson (Carson voice) “I find myself writing an alimony check.” 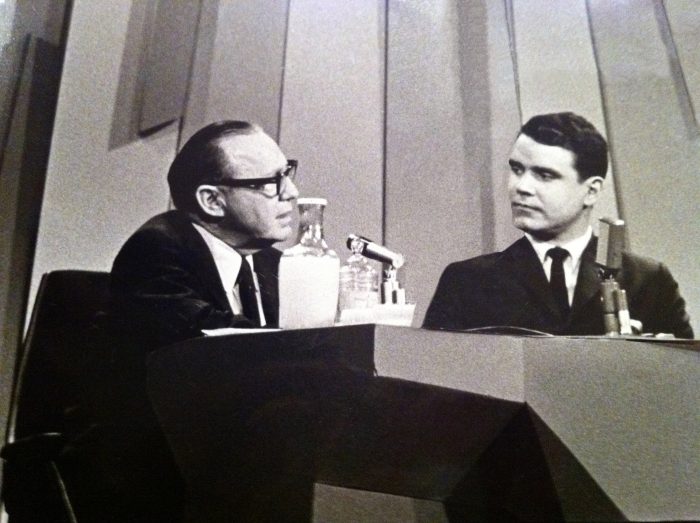 Moviehole: What was the toughest impression to do?
RL: The one I can’t do! (laughs) Barack Obama was hard to do. Trump is hard to do, there are different sounds with him; it’s intimate when he’s talking one on one and when he’s had a rally it’s a whole different voice. If you look like him, you’ve got a lot going for you.

Moviehole: You’ve been friends with many legendary people like Ronald Reagan, what is your fondest memory of them?
RL: With Ronald, it was his sense of humor; he loved my impressions. He was very down to earth, easy to talk to and you never felt you were talking to a president – he was like a loveable old grandfather. (Reagan voice) “Rich, I think you do me better than I do. When I pass away, they should bury you instead of me.” He was my favorite. Cary Grant, I met many times, Cary was not exactly like he was on screen, he was a giggler and you don’t think of Cary as giggling. He loved show business and he used to come see me in Vegas. He was a great audience — he could turn heads, he would just walk through the casino and people would fall over. 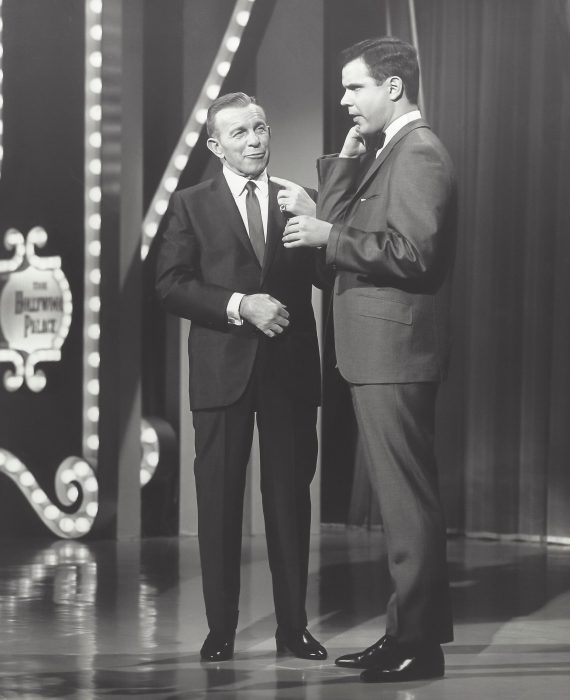 Moviehole: What was your favorite movie role? TV role?
RL: The best role I had was in “The Late Shift” where I played Johnny Carson. Well, Johnny Carson was one of my best impressions, but it was difficult in that I had to dye my hair gray, and in the middle of shooting I had to do a live performance where I had to wash my hair out and then dye it again. Fussing with the hair was not good. Johnny was great, he did the best talk show of all of them. I ran into him just before he passed away, and he was astounded that I was still doing him, and I’m still doing him today.

Young people wouldn’t know Johnny Carson from Joe Blow. It’s funny about young people, there was a 15-year-old kid in my audience who was laughing his head off and he said he enjoyed my act. He said he kept wondering why I kept changing my voice like I did with Dean Martin, he just thought that was a great drunk guy. 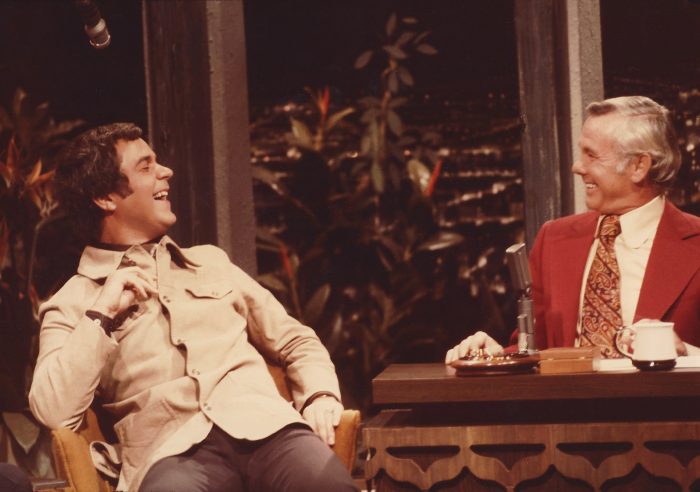 Moviehole: I just saw you do some impressions on the “Mike Huckabee Show,” you were great.
RL: I’ve not been on anything else – it’s hard to get on TV when you’re older. Back in the 70s I did about 30 variety shows, variety shows were very popular in 70s. There was Lucille Ball, Carol Burnett, Flip Wilson, all of them had variety shows. It’s much more expensive to do now, but they could come back.

Moviehole: Are you doing shows in Vegas right now?
RL: I’m not back at work yet, I’ve been at the Tropicana but I’ve been off for five months. The rumor is that we are going back to work in a couple weeks. I’m doing a virtual speaking show on October 15 – go to www.stageit.com and you can watch me do that for a half hour.

Moviehole: How is COVID affecting you and the rest of Las Vegas?
RL: It’s been pretty much like the rest of the country with people wearing masks, keeping away from people. But you can’t let it ruin your life, you’ve got to get on and be functional and take precautions and so many things can kill you. (Andy Rooney voice) “If a turtle loses his shell, is he naked?”

Andy had a TV show since I was a kid. I never met him; I don’t know if he would’ve appreciated my humor.

Moviehole: How did you get involved with veterans and the Wounded Warrior Project?
RL: I’ve been supporting Wounded Warriors for years, and when my show is over at the Tropicana, I sketch a lot and give merchandise money to the troops. I have raised hundreds of thousands for the troops, and it goes to the Gary Sinise Foundation — he does a lot, he does more for the troops than anyone. Many veterans don’t even buy anything, they just donate. 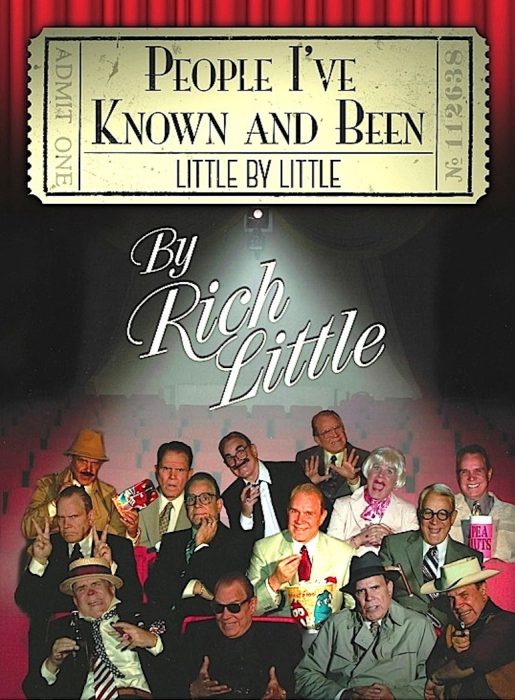 Moviehole: What are some goals you’d like to accomplish?
RL: I’m just hoping that 10 years from now, I’m still breathing. I don’t think I’ll do another book, I would like to do more TV if I could, whether I can or not. I’m pretty happy performing at the Tropicana. I have heard I will have to be 20 feet from audience because of COVID, they are requiring 20 feet.

Moviehole: I know you’ve been asked just about everything, so what is a question you wished people would ask you?
RL: I’ve been asked, are you getting married again? No. At my last wedding, they threw minute rice (laughs). I’ve been married four times, no more. A lot of people are successful at show business and are not successful in marriages. Also, people steal money from big stars by managers, agents — I’ve had millions stolen. A secretary took a million dollars from me and we caught her and put her in jail. It happens because you are so interested in your career, and you let someone handle your business, and if a person is dishonest it’s easy for them to steal.

I was the happiest when performing doing the Reagan inauguration, I did two of them. And also having my own TV show, raising money with Frank Sinatra for the hospital that I was born in (Canada). They have a Rich Little neonatal center, that’s a big high point. 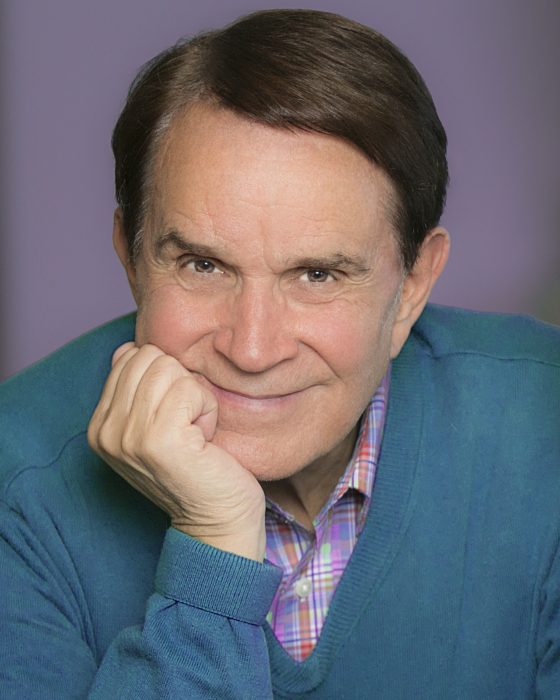 Moviehole: What are your upcoming projects?
RL: I’m re-releasing my book, it’s now on its third printing == it’s not a bio, it’s about funny things that happened with me and celebrities, a humorous book. I had plans to take the Jimmy Stewart show to Broadway but that never materialized — I did the show in Vegas at the Hilton for a few years. I did a lot of impressions as Jimmy worked with many stars, I had high hopes but it didn’t happen, so I finally gave it up. I think it was a great show. I might consider doing it again, I could still do it, but I just thought since I did about 20 impressions it would have longevity.

I’ve been working on a play about Richard Nixon where I do Nixon; the premise is, if he never resigned, what would have happened to him? We plan to take it on the road. Otherwise, I look forward to getting back to work and adding new voices, doing Joe Biden (Biden voice) “I’m the guy! Come on, man.”