Australian commercials director Mark Molloy, renowned for his work on Apple commercials, among others, has been tapped to direct the fourth instalment in the “Beverly Hills Cop” series.

The Gold Cannes Lions-winner is based at Melbourne’s Exit Films, where he also directed the very emotional, visually-arresting ads for Tile’s Lost Panda and Westpac’s Help When it Matters.

Molloy directs a script by “Gangster Squad” scribe Will Beall (no stranger to franchise restarts, he also wrote an unproduced “Lethal Weapon” reboot for Warner Bros), a former LAPD detective who also wrote about the ins and outs of police life via TV’s short-lived “Training Day” starring the late Bill Paxton as a crooked LAPD detective.

The Aussie filmmaker steps in for Adil El Arbi and Bilall Fallah who were forced to depart due to their commitments to HBO Max superhero pic “Batgirl”.

here’s a look at some of Molloy’s work :

Eddie Murphy is expected to reprise his role as Axel Foley in the long-gestating sequel, which has been in the works for the better part of fifteen years – Brett Ratner was attached to direct at one stage. With Murphy recently having to vacate the “Twins” sequel “Triplets” (Tracey Morgan would step in) due to his commitments to “Cop 4”, it was clear that the film was finally inching forward. California’s Film & TV tax credit program recently offered breaks to 23 new movies – with the Jerry Bruckheimer/Netflix-produced sequel one of the standout beneficiaries.

A one-time licensing deal between Netflix and Paramount, “Cop 4” is set to snare $78 million in qualified spending in the state of California.

“Right now, they are writing a script. They are getting a script together”, the ageless comic legend told Digital Spy in 2021. “We don’t have a start date, but we have directors and we have producers – and we have writers working on it. Axel Foley is ready to go. All we need is a script.

“As soon as the script comes together, I’m doing the movie – but I’m not doing it until the script is right. Right now, there’s a piece of a script but that’s it. But we’ve been trying to do Beverly Hills Cop 4 for over 10 years and this is the closest we’ve got to it,” he continued. 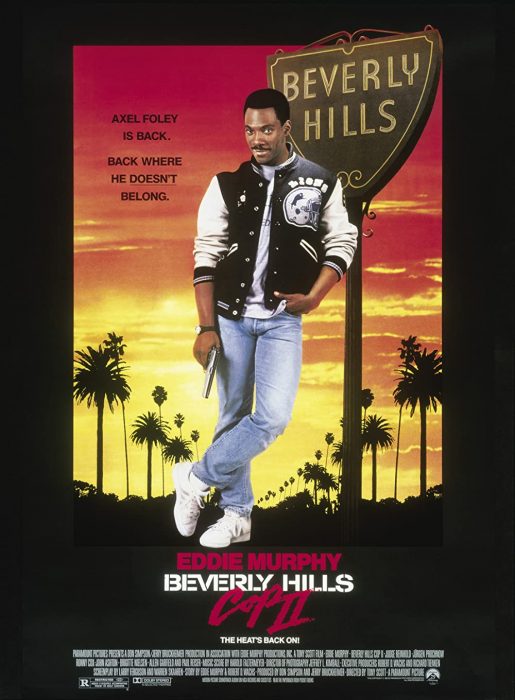 “We have directors who are smart and ready to go – and we have great ideas. It also looks like we’ve got the original producer who produced the original Beverly Hills Cop – Jerry Bruckheimer – involved again too. He’s actually the person who brought these two directors to the movie. I feel like we’re on the right track now. We’re nearly there.”

There have been numerous attempts to get a “Beverly Hills Cop 4” going over the years; an earlier incarnation, by Derek Haas and Michael Brandt, had Axel Foley investigating the murder of Billy Rosewood (Judge Reinhold).

Explaining his decision to kill off Reinhold’s character in his script, co-writer Haas told Moviehole a few years ago : “you have to focus on the protagonist and set up a conflict based on or suggested by the first movie. You don’t sacrifice character just for bigger action or more special effects. You always start with character and say, “what does he want at the beginning of the film?” Then just tell a great story that doesn’t snub what came before it but builds on it.’’

It’s not known whether Judge Reinhold or John Ashton would be involved in the new film. Ashton, however, has let fans know he’s very keen to bring back his John Taggatt.

“I hope so, but not up to me”, Ashton told Facebook followers. “Tell the studio, writers and directors!”.