2021 has been a busy year for film releases if, like me, you’re a fan of Angela Sarafyan’s work.

Between Reminiscence (written and directed by Westworld co-creator Lisa Joy, in which Sarafyan also stars as park host Clementine Pennyfeather), King Knight (which premiered at this year’s Fantasia Film Festival), Aaron Fjellman’s Caged and Southern thriller A House on the Bayou, there’s a admirable spread of genre to choose from.

That’s nothing new for Sarafyan, who has rightfully made a name for herself in the realms of film and television since the early 2000s. Her role in 2019’s Telling Lies – a video game from the developer of the BAFTA-award winning title Her Story that implements live action full-motion video in its intricate storytelling – proves she’s more than willing to step outside the boundaries of traditional cinematic performance.

We had the absolute pleasure of speaking to Angela about her role as Jessica Chambers in A House on the Bayou, the first of eight films developed and produced by Blumhouse Television for Epix. Directed and written by Alex McAulay, the film also stars Paul Schneider, Jacob Lofland, Doug Van Liew, Rhonda Johnson Dents and Lauren Richards.

A House on the Bayou follows a young family on vacation at a secluded house in the Louisiana bayou in an attempt to salvage their fracturing marriage. But the complicated dynamic is pushed even further when a mysterious duo insert themselves into the family’s lives, threatening to unveil truly dark secrets within them all.

I’d love to talk a little bit about the actual house on the bayou in this movie – it’s such a gorgeous spot. I understand you guys shot on location in New Orleans?

Angela: That’s right. I love Louisiana; I love New Orleans. And shooting in this house in particular was really stunning. I’d never been in such a space before. It literally looks like a theme park; it was massive. So when you drive in, you have to drive about ten minutes on the estate to get to the actual house, it was that big! It was so, so massive and stunning. But there are a lot of snakes and cheapest australia tadalafil online alligators and these beautiful plants. There was something so haunting about the way that it was made, and it really added to the story, I thought.

It has such an atmosphere.

Angela: It is, yeah. I love shooting on location. It reminded me of old scary movies; an Alfred Hitchcock kind of space.

It’s a very Gothic looking place, which I imagine goes a long way in actually shooting the film. Nature did its thing ahead of time for you.

Angela: Oh, yeah. It was a really big character in the story.

You share the screen a lot with Jacob Lofland as Isaac, who’s the antagonist to your character. He’s somebody who’s very careful with his words, very reserved. But you can tell there’s a potential for violence, or at least pure terror under that reserved surface. I’d love to know a little bit about your experience working alongside him in two roles that have a lot of mystery around them.

Angela: It’s really interesting being on location; we were isolated from our lives, our families, from our worlds. Jacob and I and Lia (McHugh), we really had this camaraderie with each other. We would hang out, we would have dinners, we would help each other with self-tapes. We really became friends. Jacob is so special; I think he’s a really special person and I was so inspired by his work.

I learned a lot. His approach towards Isaac was not about making him a creepy character. It was really bringing life to this young man, and he himself was such a gentle person. He feels almost otherworldly. I left there inspired by his presence and the kind of actor he is. I do think of him fondly. We stay in touch a little bit, you know?

I imagine in all the film and television and even game projects you work on, you do naturally make these connections with people, and not always just in the way that the role calls for. I can see it not being too difficult for those connections to carry on over the years.

Angela: You know, Kyle, it kind of is sometimes. Because in our lives as characters, we’re husbands and wives and cheap cialis online canada friends. We have entire worlds that we live in. But when you’re isolated in that moment with the people that you’re with, you bring that soul, that energy, that life and that connection to bring life to the story that you’re telling. And that might not stay.

But you will always cherish that, because there was something intimate. This is what I love about acting – sometimes we have the most intimate experiences in front of a camera. There’s no place to hide. There’s nothing you can do. My Dad would always say that the camera sees everything.

You have some pretty good opportunities to dish out violence in this film, and I’m curious as to whether that’s a place you relish having the opportunity to go for a role. Because I know not everybody enjoys going there on-screen.

Angela: I actually find it to be interesting, because you tap into a part of yourself. I’ll give you an example. You can be so angry as somebody and just say, “I wish you were dead”, or something like that. Obviously, you’d never do anything to hurt that person. But that feeling can still exist. I think it’s very human to be that upset by someone you love so deeply. And because that can affect you so strongly, you would want them to disappear.

So in this story, I thought that some of the things that occur are a manifestation of her subconscious mind. I’m not going to give too much away, but she says that she wants to keep her family together. But what actually happens? Maybe she does keep her family together – I don’t want to give it all away. But when it came to moments where I was doing violent things, it is fun, because it’s not real.

Angela: Yeah, don’t go down there. It’s dangerous. [beat] You know what? It’s so beautiful, too. It’s worth it. You should go!

I was introduced to you as an actor through my partner. We started watching Westworld when the first season originally aired, and she was like “it’s Angela!”. Ever since Clementine, I’ve been trying to keep up with your work, like King Knight earlier this year. I really appreciate that the roles you choose are often quite dark or strange in nature. Do you feel like those roles are something that you naturally gravitate towards? Or is it more of a happy coincidence that you get the chance to explore those characters and worlds?

Angela: It’s interesting, I don’t always get the opportunities I want. I got this because I auditioned for it, and then I found something about the story that I was curious to explore. But I’m not always getting the roles that I want, because I don’t even get the opportunity to walk in the door. Like, I don’t get the audition. But in my case – at least so far – I think that sometimes these roles come to me with a reason.

I don’t think that that is accidental. I think there is a beautiful synchronicity in where I am in my life, and why I’m attracting this particular role. It just seems to happen at the right time. They’re beautiful kinds of parallels; not direct to what this film’s story is, but this internal drama that she goes through kind of parallels some things that I was going through.

For example, in the beginning of the pandemic, I had an idea of who I thought I was – and by the end of everything shutting down and being so isolated and having all this time to be alone, I can’t say I’m the same person I was a year ago.

I know exactly what you mean.

It sounds like those emotional experiences you’re going through on camera are often, in some form, often a bit of personal growth off-set.

Angela: I think that if I read a story and I feel like I don’t have much to offer here, nor is it my role to play, it’s my responsibility to let her go. Let them go and discount australia amoxil find the person who will embody that in the way that they can. I’ve had situations where I’ve had to say goodbye to certain roles because of scheduling problems. That’s a really hard thing to reconcile. But most of the time, I think the roles come because they’re meant to be there.

House on the Bayou – Buy or Rent Now on Digital! 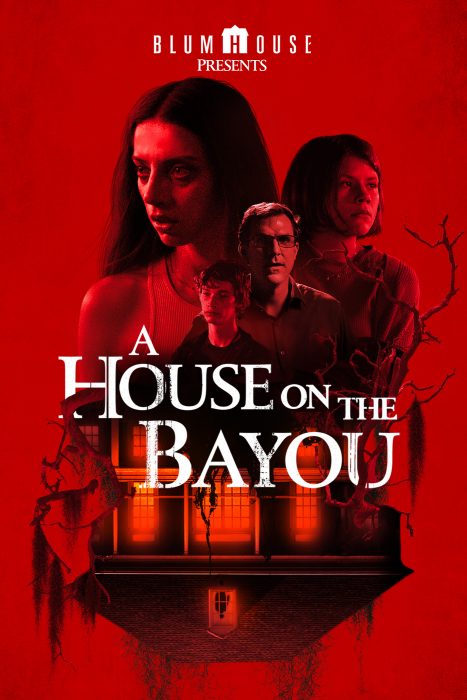