That’s not to suggest nobody knows about it – the series, created by The Raid director Gareth Evans and Matt Flannery, currently boasts a 91% critical approval rating on Rotten Tomatoes and seems to have drawn in a very decent audience. But it’s the exact kind of show that leaves me hooting, hollering and refusing to settle down until I’ve convinced everyone I know to start tuning in.

Taking place in present-day London, Gangs follows the power vacuum left in the city’s criminal underworld after the head of a prominent family is assassinated. Directing duties are split between Evans, Corin Hardy (The Nun) and Xavier Gens, whose experience on films like Frontier(s), Hitman and The Divide are more than enough qualification for Gangs of London’s unflinchingly brutal action sequences and nail-biting drama.

We had the immense pleasure of speaking to Xavier Gens about his work on the first season of Gangs of London, which is now available on DVD and Blu-Ray thanks to RLJE Films.

Gangs of London isn’t your first time directing for television, but you’re best-known for your feature film work. I’m always so curious to know how feature film directors find the transition to another medium, because they seem like such different worlds from the outside.

Xavier: Actually, there is not that much difference between film and TV, because it’s more or less the same process. It’s about the responsibility you can have regarding a film.

On a film, you’re in charge of everything because it’s your signature and you do whatever you have to do on it. When I arrived on Gangs of London, Gareth (Evans) had already written the script, did the cast and I was following his steps. He’s the lead director on the show.

When you do a movie, you are by yourself. You are alone, in a way. What I like about TV, and something I really appreciate, is really the fact that I can share and collaborate. I love the way we can collaborate on a TV show, because you’re not alone. We were three directors, three DPs. There is a kind of a beautiful energy to create that together. On a movie sometimes, you’re alone against everyone. [laughs]

That’s why it’s great to be able to collaborate and have that good time together. To be honest, it was really a blast to be able to do that with Gareth and Corin because they’re super collaborative and I learnt a lot by working with them. It’s a fantastic way to work. It’s like going back to school, because you learn about the process of everyone involved in the show, and you have to basically find a new way to express yourself and push yourself to elevate your work.

And that’s brilliant, it’s really making you better. I think this is important – even now I’m curious to see what I’m going to be doing with my next film, because I know doing Gangs of London pushed me to be better. And that’s a great experience. 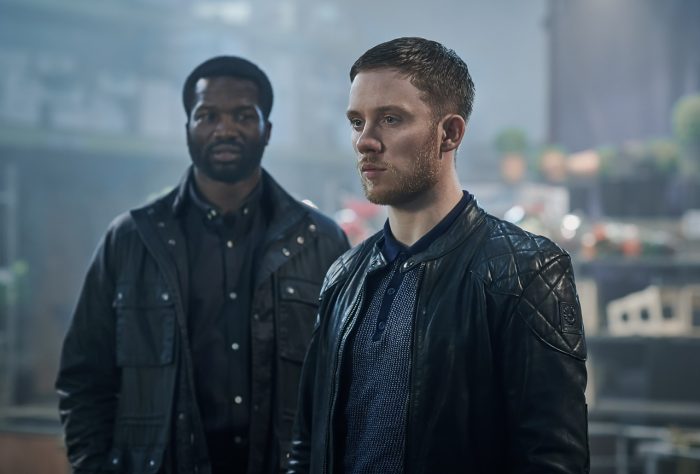 Within this trio of directors, you guys all have such a distinctive, visceral quality to the kind of films that you’re typically working on. It’s great that the nature of television takes some of that structural weight off your back in terms of having to carry the entire production yourself. Do you feel that that collaboration has allowed you to focus on your individual creative strengths as a director, instead of having to micromanage?

Xavier: It’s different, because when you do a TV show like this, it’s not only about just focusing on your episode. It’s also finding a logic and a continuity with the other work.

For me, it was super important to be able to be following the steps of Gareth and Corin, because they did a fantastic job on their episodes. At the time I was working on my episode, I had seen just the dailies of what they were doing. I was on set watching them, working to understand the pace and the energy.

That helped me to find the truth in the scenes. That was a fantastic way to collaborate, and it’s basically sticking to the actor, sticking to what they’re supposed to do and the reality of the scenes they have to do, and it helps you to make your work better.

One of the key strengths of Gangs of London is that while it’s absolutely a show with kinetic, strikingly violent action sequences, it has a large and compelling cast of characters with very good drama at its heart. It’s doing action better than most action series, and the drama is just as good, which is something you don’t get often from television. When you were collaborating with the other directors, was the character drama something you felt compelled to weigh in on?

Xavier: For me, it was really important to be able to tell the story the best way it has to be told. As I was saying, the actors were giving the pace and the style. We were using cinematic language as much as possible to create a cinematic experience for the audience.

When Gareth and Corin talked about the show, that was the main goal for us: to always express ourselves in the most cinematic way possible. We were talking about Martin Scorsese, the way that he shot Goodfellas, for this kind of show. For me, it was really important we were able to stick to that and be able to figure out how we can express ourselves in the best ways possible, but also as precise as possible to really give that strong cinematic experience to the audience, to push the violence where it needs to be pushed, and in the drama scenes be as well-choreographed as it is in the action scenes. For example, you have the scene at the end of Episode 7 – which was quite challenging for me. I shot the scene as an action scene, so it was very challenging, but I really enjoyed myself. 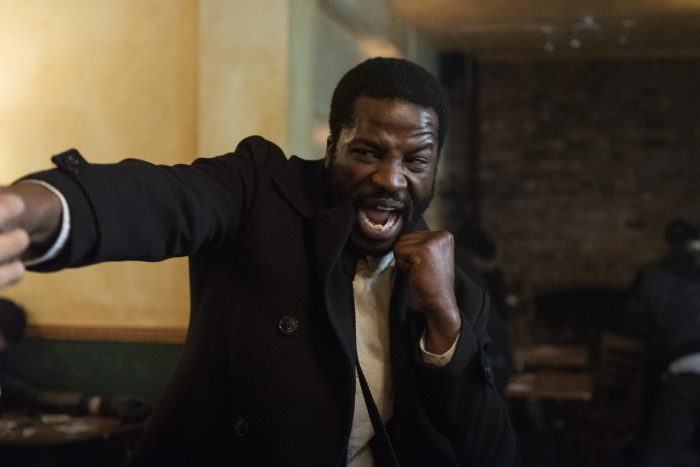 As you were saying earlier, you learned a lot from your experiences on Gangs of London that you feel you could apply to your next feature. What do you think those particular lessons and experiences are, exactly?

Xavier: For me, that would be the work in prep. You learn all the time from movies – always, always, always learning. I really want to be able to experiment with what I learned in Gangs in my next feature, as I did already in Mortel, the TV show I was doing in France for Netflix last year. It was really a way to push the experience and to push the way I wanted to do stuff. That was interesting to do.