The long-running “American Pie” franchise briefly returned to the big screen in 2012 when the original cast got together for “American Reunion”.

Not the commercial or critical hit the original was, the film still got the thumbs up from fans who were delighted to see original players Jason Biggs, Alyson Hannigan, Sean William Scott, Tara Reid, Thomas Ian Nicholas, Chris Klein and Eddie Kaye Thomas get back together for a tardy slice. 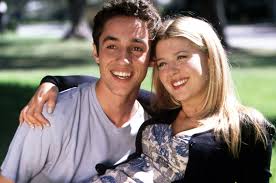 Since then, there’s been another of those direct-to-DVD spin-off movies- “American Pie : Girls Rule – and not a peep on anything happening with the original crew again.

“I’ve seen the directors and they said it’s going to happen, it’s just hard to get everyone’s schedules aligned,” she said.

The ‘directors’ Reid is referring to is likely “American Reunion”‘s Jon Hurwitz and Hayden Schlossberg, who currently have their hands full with the enormously popular “Cobra Kai” series on Netflix.