Hulu has released a trailer for “Deep Water”, the long-awaited Ben Affleck/Ana de Armas thriller (said to be quite kinky!) ahead of its premiere on March 18.

This one hails from the legendary Adrian Lyne, the Brit behind some of the sauciest and most talked about movies of all time including “9 1/2 Weeks”, “Indecent Proposal”, “Fatal Attraction”, “Unfaithful” and the 1997 remake of “Lolita”.

It’s been a good decade since Lyne had Diane Lane and Oliver Martinez do all sorts of naughty stuff (technical term) in the lavatory in 2002’s “Unfaithful” so we’re all a little hot under the collar with anticipation for “Deep Water”.

Considering they were real-life lovebirds for a while, Affleck and de Armas should have some real sizzle. Not too shabby a support cast here too – Tracy Letts! Dash Mihok! Rachel Blanchard (“Clueless” the TV series for the win! Who is with me!?). 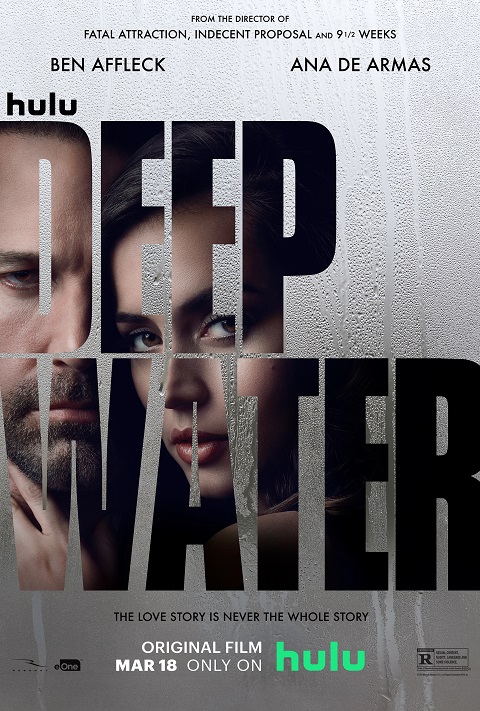 In recognition of all the twisted Valentines out there, Hulu has released a teaser trailer along with the poster for the psychological thriller “Deep Water,” starring Ben Affleck (“Gone Girl”) and Ana de Armas (“Knives Out”), directed by expert thrill master Adrian Lyne (“Fatal Attraction,” “Indecent Proposal”). “Deep Water” will debut March 18 exclusively as a Hulu Original in the U.S.