“Some Kind of Wonderful” is a much better film than you – and likely, the cast, who seemingly signed on for a very different movie – remember.

Though not exactly original, director Howard Deutch’s 1987 comedy is sweet, funny and enthused with a welcomingly upbeat pop-rock soundtrack straight out of the Reagan-era. In all essence, it’s “Pretty in Pink” all over again.

(When the studio asked for the ending  of Hughes’ “Pretty in Pink” (1986)  to be changed – so that Andie (Molly Ringwald) ended up with Clay (Andrew McCarthy) instead of ‘Duckie’ (Jon Cryer), as per his script – the acclaimed screenwriter and filmmaker essentially decided “Some Kind of Wonderful” would fix the rights of that movie’s wrongs.)

“It was an entirely different script [from the film you know] – it was almost a silent film”, actor Eric Stoltz, who played in the film, told Moviehole. “Martha [Coolidge, who was originally set to direct the movie] had this interesting idea of trying to make it as much of a non-verbal, non-jokey teen film as possible. Clearly, the powers that be didn’t go for that.” 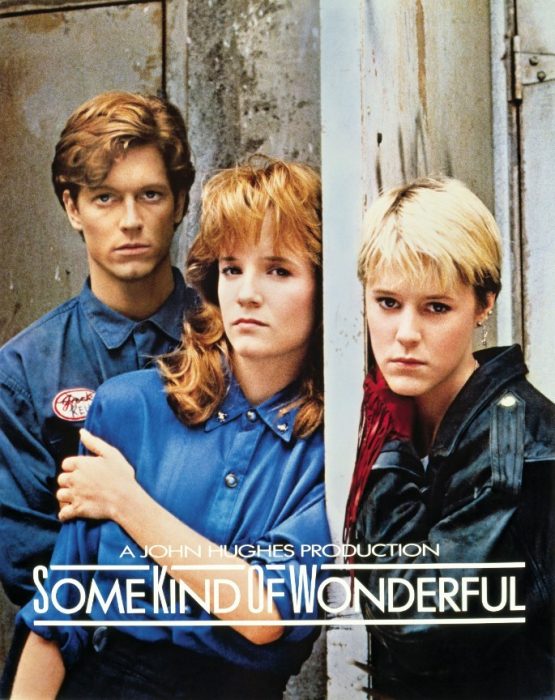 Hughes, now a bankable name thanks to eminent classics “The Breakfast Club” and “Ferris Bueller’s Day Off”, had more sway with Paramount Pictures than Coolidge.

Explains Stoltz, “As we got closer to shooting [Hughes] replaced her because he didn’t like what was being done to his material. He fired Martha – and a lot of the cast. I stayed onboard – I don’t know how that happened – but even then, I think I barely stayed onboard. We had shot two or three weeks with my hair below-my-shoulders and I was very greasy and odd looking – because the guy was someone who wasn’t able to fit in, we thought that was a great way to go. Anyway, they shut down production.”

The studio decided that they’d remodel Stoltz’s character to be more akin to ‘Clay’ from “Pretty in Pink”. 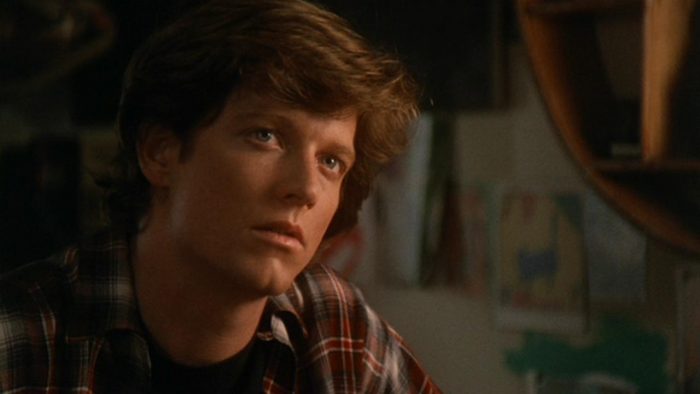 “There was the first draft that was sort of like a broader sex comedy,” Mary Stuart Masterson, who played ‘Watts’, told Entertainment Weekly, explaining that “my character was named Keith and she wanted to be male.”

After “the purge of the cast”, Stoltz suggested his friend Lea Thompson – who he had worked briefly with on “Back to the Future” two years prior (before he was fired) – for the role of the object of affection, Amanda Jones.

“I brought her the script”, the actor said, recalling that he rode over to her house on his motorbike and hand-delivered the “Howard the Duck” star the script himself.  “She was lovely.”

Thompson was stepping in for Kim Delaney – who would go on to fame on TV’s “N.Y.P.D Blue” – who was originally cast as Amanda Jones (While Craig Sheffer was brought in to replace “Blue Velvet” star Kyle MacLachlan was originally onboard to play Jones’ scumbag ex-boyfriend, Hardy Jenns).

By the time “Some kind of Wonderful” went into production, “Pretty in Pink” was collection sizeable coin at the box office.  Hughes asked that film’s director, Howard Deutch to replace Coolidge on “Wonderful”.

[Interestingly enough, Paramount ended up making some changes to the ending of “Some Kind of Wonderful”, just as they did Hughes’ previous film.

In the film, just before the credits roll, Keith (Stoltz) gives Watts (Masterson) a pair of diamond earrings and says, “You look good wearing my future.”

In the original script, Watts then tells Keith, “These babies go back in the morning. You’re going to art school.” He responds, “We’ll keep one and make it a ring”, suggesting they’re off to get married.]

Convinced remaking “Pretty in Pink” was the way to go, Hughes even tried to hire Molly Ringwald and Andrew McCarthy, initially, to play the leads.

“I declined because I felt like the script wasn’t strong enough and was too derivative of the other films I’d already made with John,” Ringwald told The Atlantic. “He wanted me to play the role of a character called Watts, which went to Mary Stuart Masterson, but I was ready to graduate from high school.”

McCarthy says he immediately knocked back the film, saying “It seemed like we just kept making the same movie again”, referring to “Pink”.

And he was right – but not such a bad thing, ya know?

Janet Maslin of The New York Times stated that Some Kind of Wonderful is the “much-improved, recycled version of the Pretty in Pink story”

“I got to tell you, it didn’t do that well when it opened”, Deutch told Vulture. “It was a disappointment to the studio. And then, as time went on, it became more loved. People really like that movie. Lea [Thompson] tells me she got more mail about that movie from kids having troubles, considering suicide, than any other movie. It endures.”