It’s got it’s share of detractors, and till this day there’s never been any further “Nightmare on Elm Street” movies, but one of the writers on the 2010 remake of the Wes Craven remake says one criticism is ridiculous.

“Cape Fear” writer Wesley Strick tells The Production Meeting that, despite being a box office success, horror fans had a real problem with one of his big changes to Freddy Krueger in the film. 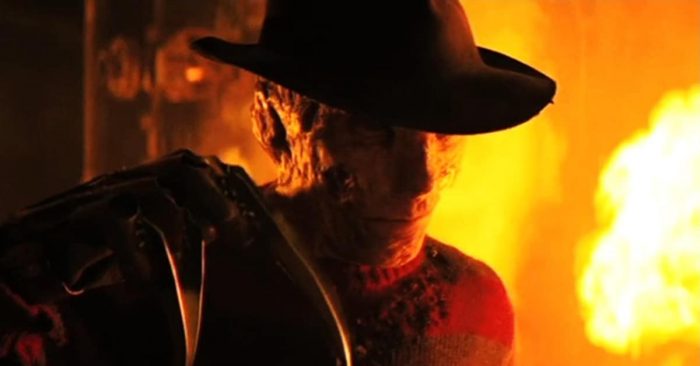 “I dug into the nitty gritty of what I thought [a remake] would be, without worrying about what the blow back could be”, said Strick, adding that New Line’s Walter Hamada and Platinum Dunes were keen on having someone involved not necessarily known for his “blockbuster horror” work do the first draft of the film. “I didn’t understand how in the world Freddy (Krueger) was a child murderer, yet none of the kids in Springfield had ever heard of him. That seemed impossible. But I thought if he was a child molester, that’s a secret that’s kept by everybody, because it’s shameful for the victims as well. You could also question whether Freddy was guilty or whether he was righteously getting revenge for getting tracked down and killed by a vigilante mob who were wrong.”

In his research, Strick went back to the McMartin Preschool case in the ’80s which saw Raymond Buckey, a teacher at the Manhattan Beach school, accused of abusing hundreds of kids. The charges were dismissed, as there was little evidence to suggest Buckey had done any such thing to the children.

“It was the pizza-gate conspiracy case of child molestation cases” with “Buckey, who was sort of like a Freddy Krueger figure, who all sorts of satanic guilt was attached.”

In Strick’s mind, it was the perfect place to begin with the remake.

“There was major, major push back against it by the critics and the fanboys who all thought it was in really bad taste – child murdering is fine, but child molestation is buzz-kill? What I found out later, after all this was over, was that Wes Craven was originally going to do that. And he was going to use the McMartin case for his inspiration for all of that, but he and Bob Shaye decided to go the other way because [at the time] was so fresh, it was new – there hadn’t be a trial yet, so the circumstances weren’t clear whether Raymond Bucky was guilty or not, and he didn’t want to be accused of profiting of this very painful situation. It was too much of a hot potato. But that was [Wes’s] original instinct as well.”

Despite the beef many had with the film, Strick is quick to point out the film was quite the money maker for the studio.

“It did quite well at the box office, it was the most successful of any of the ‘Nightmare’ movies.”